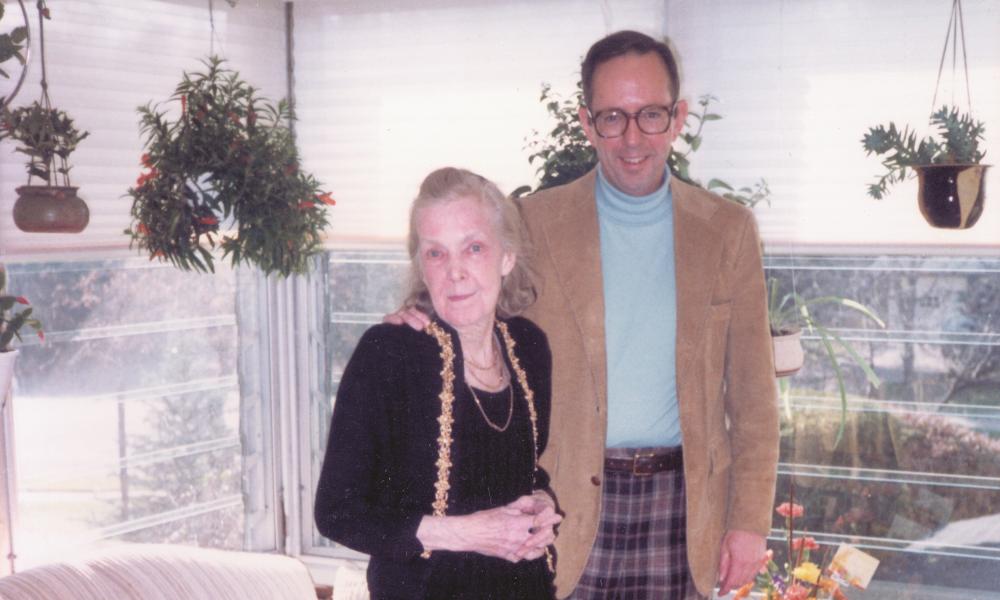 Saying goodbye to my mother

The devastation of Alzheimer’s and the mercy of God

Virginia was in her late 70s when it began. She became forgetful of recent events and had good memories of events long ago. Then she gradually began to isolate, stopped reading, stopped attending events and only visited with friends when they visited her.

She lived alone in an apartment, a home she had lived in for more than 46 years, took in stray alley cats and rarely cleaned her living spaces. When I went to her apartment and started cleaning, she became angrily upset, accusing me of thinking she was “sloven.”

In her younger years, she was an accomplished miniature painter of quite some renown. A few years ago, I donated all of her miniature paintings in my possession to the Metropolitan Museum of Art in New York City, where they may now be viewed. During the last 20 years of her life, she no longer painted her beautiful miniatures.

Virginia was my mother, and I was her only child. Alzheimer’s disease had gradually taken her from me. In the end, I don’t think she even recognized me, although her caregivers claimed she did. The onset of Alzheimer’s had been so insidious and subtle that I never had the opportunity to say “goodbye” to her. Finally, toward the end, I was praying that God would take her home to him so she could once again live in beauty and happiness. He answered my prayers by taking her on my birthday, Jan. 6, 1991, as well as giving me the gift to be with her on that afternoon – when she quietly and simply stopped breathing and was gone.

In that moment, I suddenly realized that I no longer had a home. Home had always been where my mother was, and now she was gone. At age 58, I felt like an orphan.

I was an only child. People think only children are spoiled, but when it comes to making tough, momentous decisions – decisions such as putting a parent in a nursing home or telling a doctor to perform a life-threatening surgery – an only child has few people to turn to for support and help. Having no brothers or sisters adds a special loneliness to one’s life.