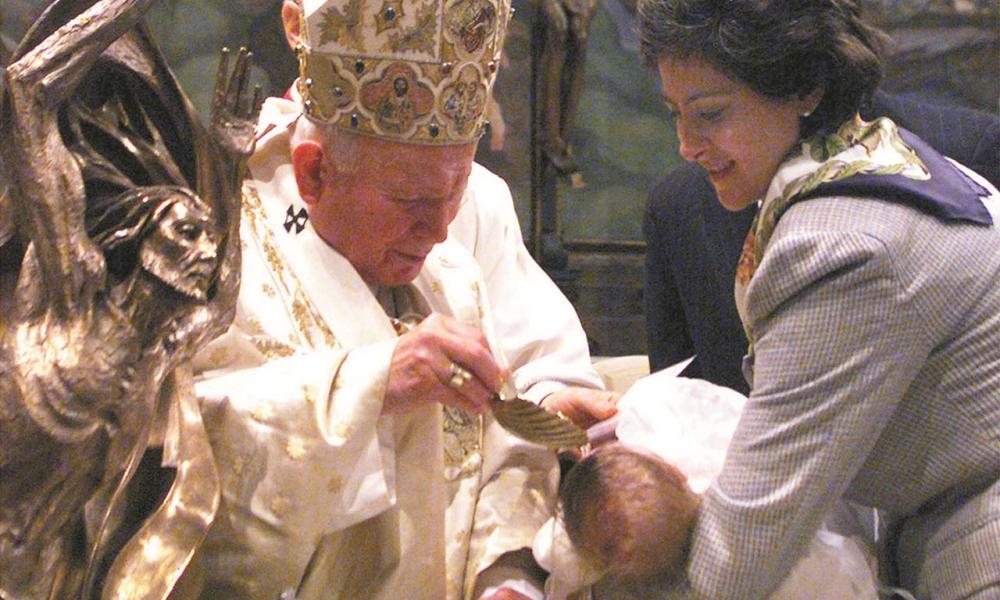 Sacraments: What does 'sacrament' really mean?

What does ‘sacrament’ really mean?

The old Baltimore Catechism defined a sacrament as “an outward sign instituted by Christ to give grace.” But that only tells part of the story. Early Christians used the Greek word mysterion – “that to which signs referred; a reality laced with the unseen presence of God.” Translated into Latin, this word became sacramentum  (Sacra – to set apart and mentum – the means or instrument). In the Roman era, a sacramentum was a pledge of money or property deposited by parties as a guarantee of a contract. Soldiers, too, swore a sacramentum or an oath of allegiance to their commander.

A ‘sign’ of something greater? In Catholic liturgy we use “signs perceptible to the senses”1 – oil, water, bread, wine, laying on of hands, words, etc. But these signs have an effect; they cause what they signify. In them Christ Himself is at work: it is He who baptizes, He who acts in His sacraments in order to communicate the grace that each sacrament signifies.

How do sacraments work?

The sacraments act ex opere operato (literally “by the very fact of the action being performed”), i.e., by virtue of the saving work of Christ, accomplished once for all. It follows that “the sacraments are not wrought by the righteousness of either the celebrant or the recipient, but by the power of God” (CCC 1128).

The sacraments are efficacious signs of grace, instituted by Christ and entrusted to the Church, by which divine life is dispensed to us. The visible rites by which the sacraments are celebrated signify and make present the graces proper to each sacrament. They bear fruit in those who receive them with the required dispositions (CCC 1131).

Some sacraments can be received only once, since they impart a special ‘character’ – baptism, confirmation, and holy orders.

The Sacraments of Initiation

The Sacraments of Healing

5 Anointing of the Sick

The Sacraments of Vocation

Timeline: top 6 events of the 7 sacraments

1  Christ instituted the Church with its sacramental nature firmly founded on Scripture and tradition.

2  The early Christians loosely applied the term ‘sacrament’ to a variety of experiences, ritual actions and objects – the washing of feet, the sign of the cross, etc.

3  Augustine spoke broadly of the sacraments – their effects, their administration, and their fruitfulness.

4  In the 13th century, the Second Council of Lyons (1274), based on the writings of Peter Lombard in his Book of Sentences,  defined the seven sacraments we have today.

5  The Council of Florence (1439) said the sacraments “contained and conferred grace.”

What does Baptism mean?

The word baptism comes from the Greek, bapitzein, which means “to dip or to immerse.”

What does Baptism ‘do?’

Baptism incorporates us into Christ and forms us into God’s people. This first sacrament pardons all our sins, rescues us from the power of darkness, and brings us to the dignity of adopted children, a new creation through water and the power of the Holy Spirit. Hence we are called and indeed are children of God (2)

Moreover, “holy baptism is the basis of the whole Christian life, the gateway to life in the Spirit, and the door which gives access to the other sacraments. Through baptism, we are freed from sin and reborn as children of God: we become members of Christ, are incorporated in the Church and made sharers in her mission; “baptism is the sacrament of regeneration through water and the Word.” (3)

1  The Jews practiced various ablutions for the sake of purification and the initiation of proselytes.

2  John the Baptist preached repentance and practiced ritual ‘washings’ in the River Jordan.

3  All four Gospels record that Jesus subjected Himself to John’s baptism in the River Jordan. At Jesus’ baptism, the heavens opened up, the Holy Spirit descended upon Him in the form of a dove, and a voice said “You are my beloved Son; on You my favor rests” (Mk 1: 9-11).

4  Jesus baptized (John 3: 22) and He authorized His disciples to baptize, “Go, therefore, and make disciples of all nations, baptizing them in the name of the Father, and of the Son, and of the Holy Spirit.” (Mt 28:19)

5  The Didache records that one should be instructed, fast, and then be baptized in “cold running water,” if possible.

6  Justin Martyr wrote that an inquirer be “taught in prayer and fasting” before being baptized in water and led to the banquet table.

8  The sacraments of baptism, confirmation, and Eucharist began to be separated due to the unavailability of the bishop, the high infant mortality rate, and a new emphasis on Original Sin.

9  During the Middle Ages, the understanding of baptism as entrance into a community was less emphasized than salvation from Original Sin and the damnation that went with it.

10  The Church rightly refocused our attention on the redemptive acts of Jesus and developed rites for children and adult baptism.

What’s the Number One Sacrament? Jesus

For centuries, theologians have argued metaphysical realities, discussed matter and form, and debated validity and liceity. All these are important issues. But in this century, theologian Edward Schillebeeckx, wrote of sacraments in a much more intimate way. At God’s own invitation, we meet Him in grace, we encounter Him. Jesus, Schillebeeckx says, is the primordial sacrament – by His incarnation, passion, death and resurrection, Jesus was/is our greatest encounter with God. Through the redemptive acts of Jesus, the divine bestowal of grace itself was realized in human form.

Further, Schillebeeckx sees the Church as a sacrament of Christ. Through symbolic actions and the calling down of the Holy Spirit prayed through Christ our mediator, the Church is an enduring incarnation. “By her relationship with Christ, the Church is a kind of sacrament or sign of intimate union with God, and of the unity of all mankind. She is also an instrument for the achievement of such union and unity ... “(Lumen Gentium 2).