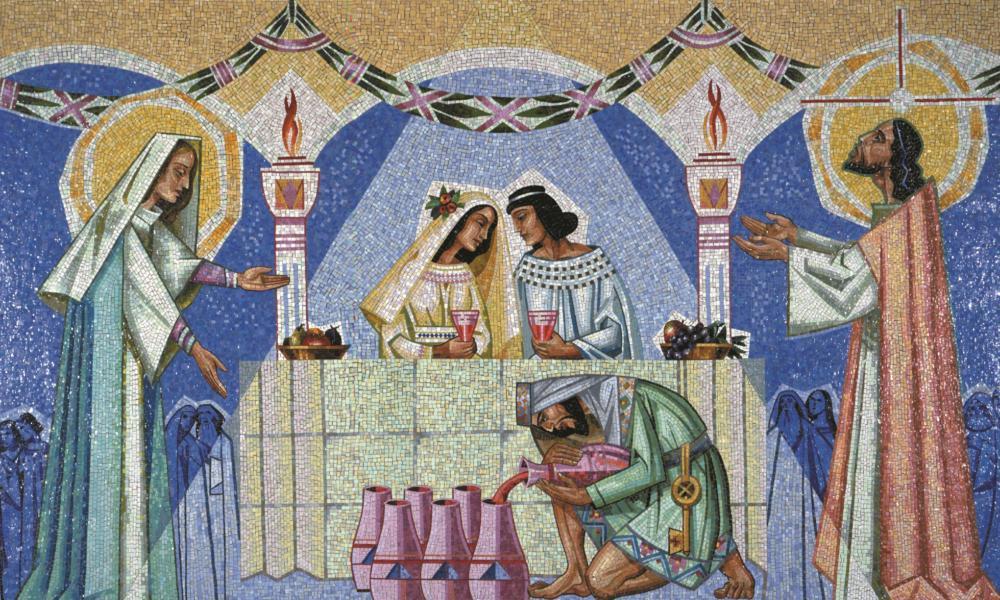 What We Do is What We Believe

In his letter to the Ephesians, Paul reminded his flock that the love of husband and wife was a mystery, a sacramentum (Eph 5:32).In the love of a man and woman, united in marriage, we see most clearly reflected the indissoluble bond and fruitful love of the Bridegroom and His Church. Like Christ, man and woman help each other to attain holiness, teach their children to know and serve God, and give witness to the love of the Father among the people of God.

Man and woman minister this sacrament to one another. In the marriage rite, they exchange vows or ‘consent’ to give love freely to one another. They promise to be true to each other ‘in good times and in bad, in sickness and in health’ – until death parts them. How perfectly this mirrors the love of God – unconditional, faithful, steadfast, sacrificial, compassionate. God is love (1 John 4: 8) and wants us to share that love with one another.

Matrimony is a ‘sacrament of vocation.’ Too often, we only associate that word with Holy Orders or with religious life – one receives a ‘calling’ to be a priest, deacon, or vowed religious. But most profoundly, those of us who have chosen marriage also experience a ‘call.’ God wants us to participate in His divine plan and to work for the building of the kingdom.

In welcoming children into our lives, we share in God’s work of creation. In every home, we are the first teachers of those children – the Good News is preached at the kitchen table; God is praised at bedtime prayers; and an understanding of God is perhaps best promoted in quiet conversations in the living room.  Most of all, in our generous gift of self to each other, our children and our society witness an incarnation of the selfless love of Christ for humankind.

In the midst of driving to soccer practice, balancing the budget, and eating meals on the run, perhaps it is good to be reminded now and then, that marriage is not just based on two people, but is part of a greater whole. Through the Church, each ‘domestic church’ is supported by the grace of Christ – He strengthens our unity, perfects our love, and is always present “in good times and in bad.”

Father, by your power you have made everything out of nothing. In the beginning you created the universe and made mankind in your own likeness. You gave man the constant help of woman so that man and woman should be no longer two, but one flesh, and you teach us that what you have united may never be divided.

Not part of the Catholic Rite of Marriage, but has gained popularity in the past two decades. One large candle is flanked by two smaller candles, ideally the candles the bride and groom each received at their baptism. They use the flames from the separate candles to light the middle candle, symbolizing their new unity.

The veil actually symbolizes a wife’s submission to her husband. It has its origins in ancient times when the bride stood beneath a canopy or in a tent to greet her husband, often a man she had not met.

Throwing rice (el arroz) or now birdseed at a couple was a gesture of wishing them abundance of wealth and fertility.

In an ancient French custom, the guest would place a piece of toast in the bottom of a glass and drained the drink quickly to get to the ‘toast’, According to legend, whoever drank their drink first – the bride or the groom – ruled the family. Clinking the glass together for a toast comes from rather sinister origins. In an age when it became common to poison royalty or other leaders, as a proof of loyalty, guests would clink glasses together and pour a little bit of wine into each other’s glass. Surely the guest would not poison himself.

A double-looped cord or rosary is placed over the shoulders of both the bride and groom as a sign of their unity.

Timeline: a look back at marriage

Moses permits divorce due to the Israelites – “hardness of hearts.”

Arranged marriages, polygamy until 10 BC when Kingdom of Israel splits.

A spouse calls the other back to covenant Hosea 1-3

Paul sees love of husband and wife as image of Christ and His Church Ephesians 5: 32

A wife can win her husband over to the Gospel by her conduct 1 Peter 3: 1-7

Christians marry according to their culture – divorce not entirely prohibited

Marriages moved from home to church

To avoid polygamy, priests were to see if couples were free to marry

1,000  marriages in Europe become jurisdiction of the Church

1140 John Gratian  ‘Decretum Gratianum’ consent made the marriage, but it could be dissolved if not consummated

Matter: reality of living  the institution.

Form: spoken consent of the spouses.

Duns Scotus (1266-1308) couple were ministers of the sacrament; not the priest

1439 Council of Florence decrees that marriage is a sacrament, divorce is prohibited

Luther maintained that marriage is a natural institution, so civil law is more important than Church law

Even after Henry VIII split with Rome over issue of divorce (1588), Anglican Church prohibited divorce until mid-19th century

1852 Pius IX union between Christians is a sacrament and an indissoluble contract; civil marriage is concubinage, not a sacrament

Gaudium et Spes (#48) God is the author of marriage and has endowed it with various purposes. Marriage as covenant, not a contract. Marriage as sign of mystery of Christ in the world, an ongoing sign of God’s presence.

Edward Schillebeeckx we can feel divine love through human love

Karl Rahner marriage is an incarnation of divine love