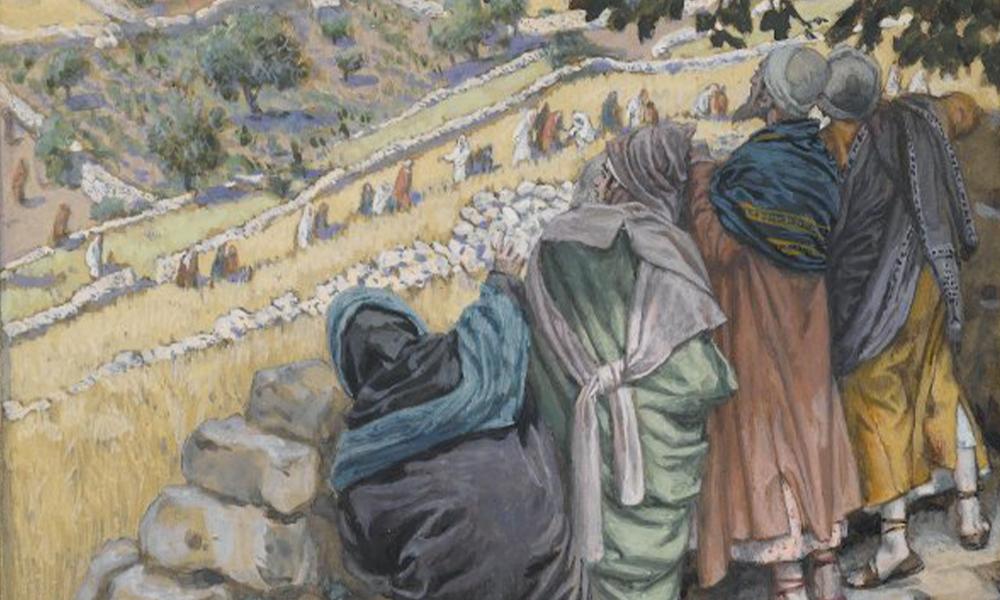 A Gift From God

Theology 101 continues its peek behind the scenes of some of the prominent figures, groups and events referenced in the Bible. The goal is to provide a deeper context for the drama of salvation that sacred Scripture communicates to us.

As he was passing through a field of grain on the sabbath, his disciples began to make a path while picking the heads of grain. At this the Pharisees said to him, “Look, why are they doing what is unlawful on the sabbath?”

He said to them, “Have you never read what David did when he was in need and he and his companions were hungry? How he went into the house of God when Abiathar was high priest and ate the bread of offering that only the priests could lawfully eat, and shared it with his companions.” Then he said to them, “The sabbath was made for man, not man for the sabbath. That is why the Son of Man is lord even of the sabbath.” (Mk 2:23-28)

The catechism (2171) teaches that the Sabbath was entrusted to Israel to keep “as a sign of the irrevocable covenant.” It was a day set apart for the praise of God in thanksgiving for the gift of creation and his saving actions on behalf of Israel. And yet the Gospels, as the passage below demonstrates, actually present several instances when Jesus was accused of breaking the Sabbath rules. It is a dilemma that invites our further investigation.

On the seventh day

“Remember to keep holy the sabbath day.” (Ex 20:8) This is one of the Ten Commandments. It has its roots in the first creation story of the book of Genesis. There we find the familiar tale of God’s creation of the world. We learn that God brought forth an aspect of the created order on each of six consecutive days until the world was completed. God then rested from his work on the seventh day, blessing it and making it holy. This is the essence of the commandment: Because God rested from his work on the seventh day and made it holy, we are to do the same.

A commandment of love

Further, because God is the source, this commandment is at its core about love. This love brings the true richness of the commandment to the fore. For example, in Exodus 20:10, God explains to Moses his view of what it means to fulfill this commandment: “No work may be done then either by you, or your son or daughter, or your male or female slave, or your beast, or by the alien who lives with you.”

Regardless of how the historical reality of life during this time differs from our own sensibilities, we get a glimpse of the wonder of this commandment. All creation belongs to God, not us, and therefore is sacred, made holy by God just like the Sabbath. It follows then that the all-encompassing love of God would exclude no one from the rest and benefits of this day.

Goodness and mercy shall flower

Our passage shows us the Pharisees had taken the commandment to heart even to the point of making elaborate rules to govern behavior on the Sabbath. At the same time, it illustrates how rules can become mired in unconscious habit, can be followed only out of fear of condemnation by authorities, and/or can attain the status of idols instead of springing from that goodness and merciful love, which is the very source and life of the commandment.

This does not mean that Jesus advocates the breaking of these rules. He simply states that good deeds may be – and should be – performed on the Sabbath. We are to be active in our “doing good” (agape) rather than resting content with a passive “being good” or “talking of good.”

The Sabbath and the Lord’s Day

Jesus’ response is also important for the Christian understanding of the difference between the Sabbath and the Lord’s Day. The Sabbath, along with the totality of the Law, prefigures and prepares for the Christ event which fulfills the Sabbath and the Law. According to the catechism (2174), the Gospels all recount that Jesus rose from the dead on the first day of the week. “Because it is the ‘eighth day’ following the sabbath, it symbolizes the new creation ushered in by Christ’s Resurrection. For Christians it has become the first of all days, the first of all feasts, the Lord’s Day – Sunday.” The celebration of Sunday fulfills not only the moral command inscribed by nature in our hearts to worship God, but also the moral command of the Old Covenant, “taking up its rhythm and spirit in the weekly celebration of the Creator and Redeemer of his people.” (2176)

The Sabbath and the Lord’s Day are gifts of God to the world. For the Christian, the Lord’s Day, like the Sabbath before it, is a time to step back from the busyness and noise which typically dominate our days to reflect on the goodness of the created order and God’s presence as the source of this order.

It is also a reminder that we have a responsibility to participate in the good and merciful work of God in the world. We are to be instruments of the Spirit in the work of restoring order to chaos; of calling back those at the margins and those fallen away into a full participation in the life of both the Church and the society; and of entering into a loving relationship with all creation to allow the light of God’s love to embrace creation in his goodness and rest.

In Leviticus 25:1-7, God sets forth the requirements for a whole Sabbatical year to be celebrated every seventh year whereby even the land partakes of the Sabbath while its produce is to be divided between the owner of the land, the male/female slaves, the hired help, the tenants, the livestock and the wild animals. All were to partake of the goodness and abundance of the Lord on his day.

Jesus was also accused of breaking the Sabbath for….

A. walking on water

B. curing someone in the synagogue

C. raising Lazarus from the dead

D. entering Jerusalem on a donkey