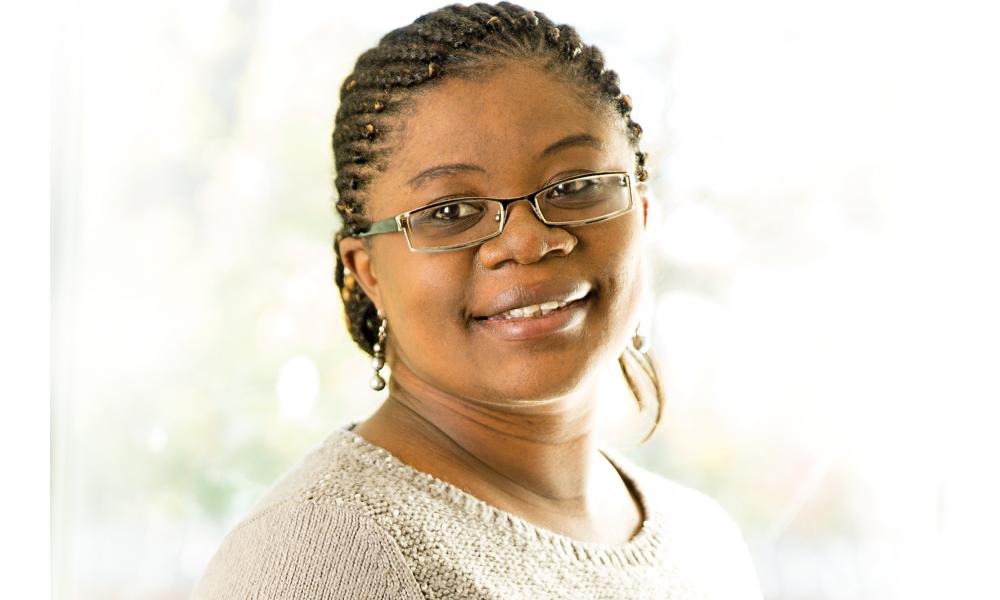 On May 2, 2016, Sandra Wezi Pemba parked a block away from the clinic where she had scheduled an abortion. Wearing a prayer T-shirt, she dragged her feet as she walked.

She recalls her heavy heart and feeling of hopelessness: “It was the last of seven days of prayer I had begun when the baby’s father told me he was married with a family. He said I should get an abortion. I didn’t want one, but I was so confused.

“I prayed ‘You be God and I’ll be Wezi. Please tell me what to do.’

“During that prayer, God gave me a vision of a calendar glittering right up to May 2, where it ended and went black. But then God showed me another calendar that glittered into the future. I understood that if I chose no abortion, God said this baby would bring blessings I’d never had before.

“That was when I began to pray: ‘I know I shouldn’t have an abortion, but I don’t have support. Please send help from the Anti-Abortion Department in heaven.’

Wezi’s difficult life had led her to this place.

“My ex-husband abused me over many years, starting in college when I became pregnant with his child. After earning my degree, I followed him from Africa when he came here for grad school. His abuse of me and our daughter got much worse. He had fallen in love with a fellow student and tried to get rid of us. When our second daughter was born, he refused to come to the hospital and later told my family she was not his child. Though I escaped his abuse in shelters, it only really ended when he returned to Africa without us.

“Alone with my young daughters, I found a home with an older couple who asked me to provide live-in home health care. The wife paid me for my work and let us live there for free. I thought of returning to Africa, but my mother told me to stay where I was safe.

“A man from Haiti came around the house and talked with me. He wanted a relationship, but I was not ready for one. One day when I said we shouldn’t see each other anymore, he pulled a knife out of his pocket and held it to my throat. I didn’t want to go back to the shelter, so I agreed out of fear. I became pregnant, and he was so happy.

“He was a good father to my girls, but any time I showed disinterest in our relationship, he got violent with knives. I left that house and moved in with a friend until our son was born, then my three children and I moved to [a place] where I knew he couldn’t get us. Eventually he had an accumulation of offenses and was deported.

“The abuse was done, but I had to find a way to provide for my three children. I became a certified nurse aide (CNA), and found a job in a nursing home where I could get lots of hours. I earned enough to rent a nice townhouse and provide for my children. But it was hard working up to 90-hour weeks and raising kids on my own.

“At 40 years old, I was lonely and so tired of caring for my family alone. So when a trusted friend introduced me to a man, I fell for him quickly. I didn’t care how fast things went because he gave me a sense of security and confidence I felt I needed at the time.

“Three or four months later, I discovered I was pregnant. When I told him, he revealed that he had his wife and children back home who would be joining him soon. That really woke me up. I felt terrible to learn he has a wife. I know what it’s like to be left behind. I made the abortion appointment and began my prayers.

“When I got to the clinic May 2, I could see people praying on the sidewalk outside. A man stopped his prayers and approached me, then a woman quickly followed. We talked, and I confessed I wouldn’t be there if I had support. [The man and woman who talked to Wezi on the sidewalk that day are parishioners at St. Peter in Eaton Rapids and St. Martha, Okemos, respectively.]

“They convinced me not to go in and offered to take me to Shared Pregnancy Women’s Center in Lansing for an ultrasound. When I saw my baby on the screen, I knew they were the help I had asked God to send. The workers at Shared Pregnancy told me I could earn baby things like clothing, diapers, even furniture by attending their classes and programs. They also invited me to join their wonderful prayer group.

“After Shared Pregnancy, we went to the New Life Center in Lansing. The workers there are helping me find new housing with more room, they’re providing connections with my children’s schools and even looking out for a better job for me.

“Plus the New Life Center is a great place just to pray. I met a woman in the chapel who asked what I was praying for so she could add her prayers to mine. From there, she took interest in my situation and organized a baby shower for me! She invited the prayer group from her home church and they gave me brand new, top-quality things that will really last.

“I am so lucky that I have received all this help! Both Shared Pregnancy and the New Life Center give me the spiritual and corporal support I prayed for and more. It’s like going back to my home in Africa the way they support and encourage me. They are like the extended family I left behind 16 years ago.

“Thinking of family made me nervous. I was ashamed to tell my children. I felt I had betrayed them by my poor example. I waited until Mother’s Day. Then when we were all together, I said, ‘I am so sorry for my actions. But this baby is innocent, so we are going to welcome him. I hope you will learn from my mistakes.’ Now they cannot wait to meet him.

“I have learned to trust God and know that his timing is always best. I was so tired, but when I prayed for help the gifts just kept coming! These new friends have kept their promise and are supporting me. I am sure God sent them from the Anti-Abortion Department in heaven,” she laughs.

“At the end of the day just to know somebody cares is a relief.”

The Diocese of Lansing and Resurrection Parish worked to close down the only remaining abortion clinic in Lansing and in its place, opened New Life Center. The center assists women in crisis pregnancies and offers classes for women who are in need of healing after abortion. Upcoming Rachel's Vineyard retreats are Feb. 17-19, 2017, and Aug. 11-13, 2017. For more information on a retreat, or the New Life Center, visit: www.newlifecenterlansing.org.

The 2017 March for Life will be held in Washington D.C., on Friday, January 27. For more information on Pro-Life activities, visit the Michigan Catholic Conference website at www.micatholic.org