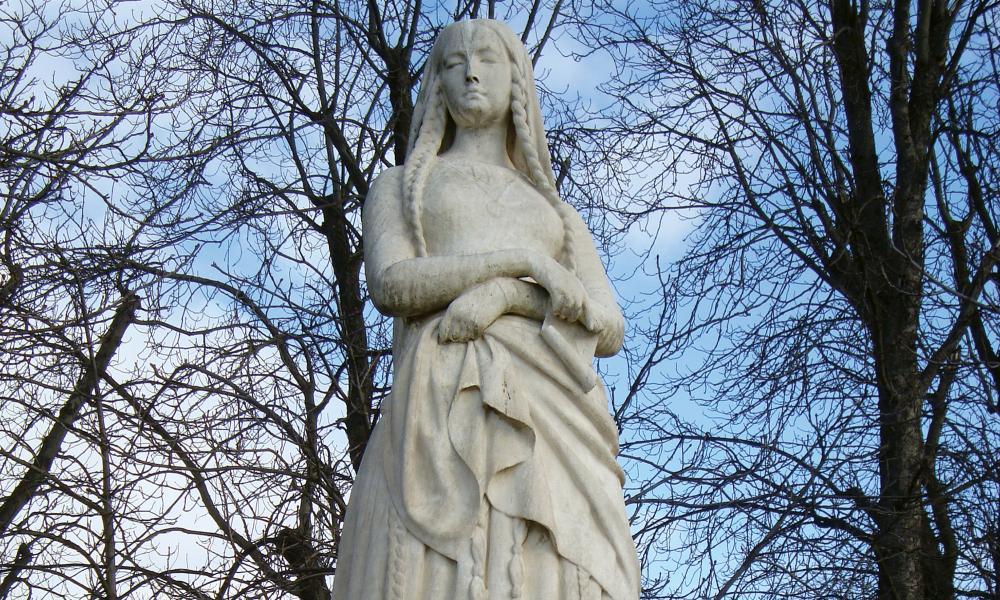 Pray Until Something Happens: St. Genevieve

PUSH is an acronym for “Pray Until Something Happens” and St. Genevieve, the patron saint of Paris, certainly did “PUSH.”

St. Genevieve (approximately 422-512 A.D.) was born near Paris. She became a nun at 15 and was admired for her austerity, constant prayer, fasting and devotion to works of charity.

However, she is perhaps best known for her response to Attila’s Huns as he was marching toward Paris in 451. The people of Paris were in a state of panic, and the city was preparing to evacuate, when St. Genevieve persuaded them to instead stay and begin fasting and praying. In short, she wanted them to “PUSH.” They did and, suddenly, the Huns changed the direction of their advance and Paris was spared.

Although St. Genevieve was not able to protect the city forever, when Paris was conquered a few years later, in 464, she acted as an intermediary between the conquerors and the city. In this role, she was able to collect food for the citizens and convince the conquerors to release some of their prisoners.

Fasting, for which St. Genevieve is known, helps us acquire mastery over our instincts and a freedom of heart as we wean ourselves from unhealthy dependencies. In prayer, our hearts are transformed through the personal encounter with God, and our prayer is transformed, as the Catechism of the Catholic Church teaches, into “the life of the new heart.”

So, as we face challenges and obstacles along the path to holiness, let us remember St. Genevieve, the citizens of Paris and “PUSH.”