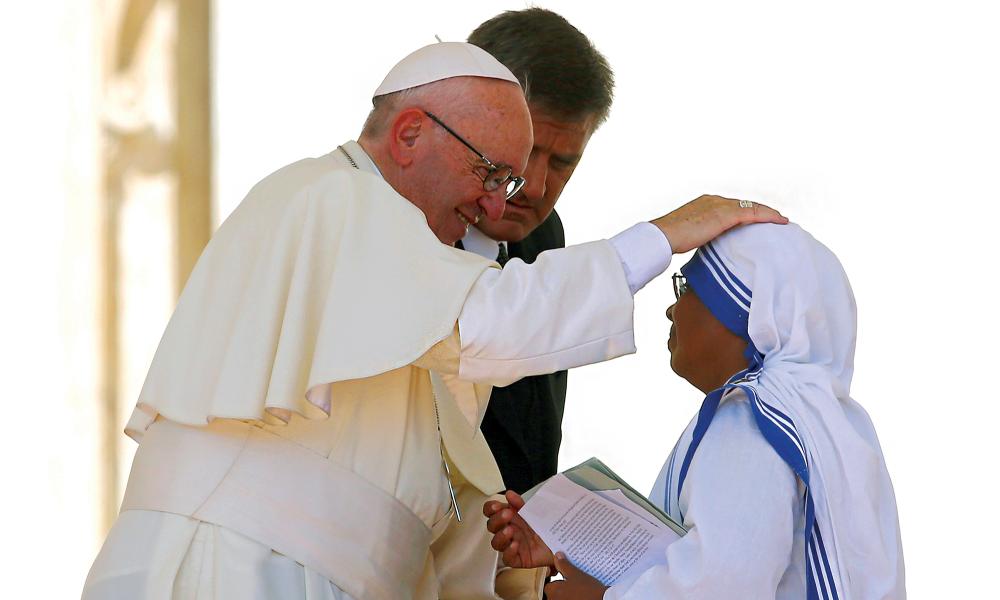 Pope Francis declared Blessed Mother Teresa of Calcutta a saint on Sept. 4 before a crowd of 120,000 pilgrims in St. Peter’s Square in Rome. At the sacred Mass, the Holy Father said: “Mother Teresa, in all aspects of her life, was a generous dispenser of divine mercy, making herself available for everyone through her welcome and defense of human life, those unborn and those abandoned and discarded.”

After the Mass 1,500 poor people, who attended the Mass from shelters and soup kitchens, were served pizza by sisters and brothers from St. Teresa’s order, the Missionaries of Charity.

Stressing the dignity of life on Mercy Friday visits

The Holy Father visited a neonatal unit at San Giovanni Hospital and a hospice for the terminally ill in Rome in September as part of his Mercy Friday activities. Pope Francis stressed the dignity of human life from conception through natural death as he visited the newborns and the dying. During his Mercy Friday visits, he has spent time with refugees, addicts, human trafficking victims and the elderly.

“The Church is called to walk with Jesus on the roads of the world, in order to meet the humanity of today.” - September 15, 2016

“Only those who humble themselves before the Lord can experience the greatness of his mercy.” - September 16, 2016