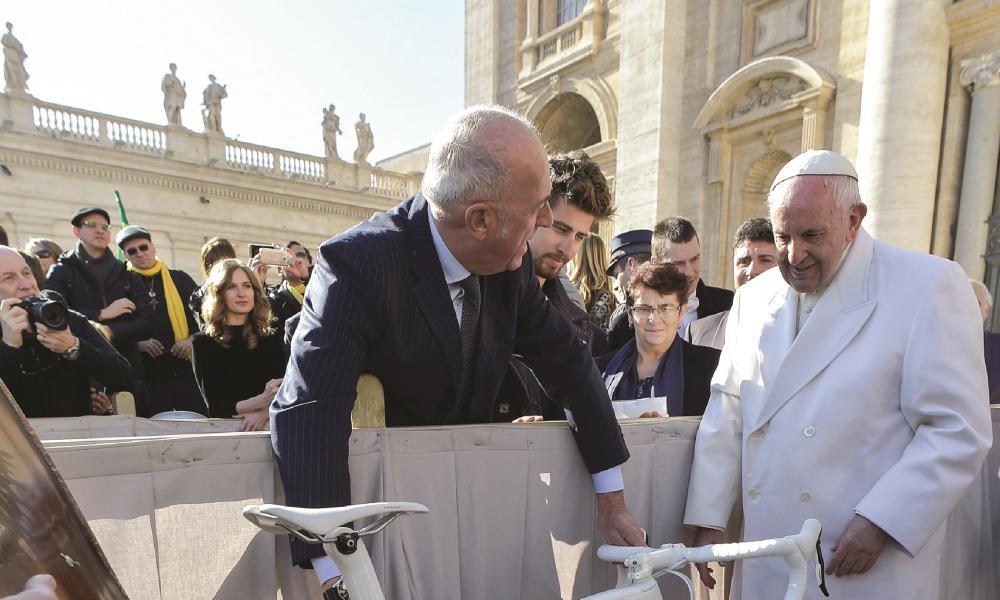 On a flight between Chilean cities, the pope married flight attendants who had asked for his blessing. Upon hearing the story that they had to cancel their Feb. 2010 wedding after an earthquake devastated their church and they were only civilly married, Pope Francis said to the couple, “Well, do you want to get married?”

After blessing the rings the flight attendants have worn since their civil ceremony, the pope gave the groom a black rosary and the bride a white one. A Chilean cardinal wrote up a legal marriage document by hand, and the chairman of the airline served as an official witness.

After the ceremony, the pope told the couple, “This is what's missing in the world, the sacrament of marriage. I hope this motivates couples to marry.”

During a visit to Chile in January, Pope Francis asked for the forgiveness of the Chilean people from a priest sex abuse scandal, and expressed “pain and shame at the irreparable damage caused by some ministers of the Church.” In promising his zero tolerance policy on sexual abuse, the pope said, "I am one with my brother bishops, for it is right to ask forgiveness and make every effort to support the victims, even as we commit ourselves to ensuring that such things do not happen again.”

After his speech, Pope Francis met privately with a group of Chilean sexual abuse victims, and “listened, prayed and cried with” them.

"The Gospel message is a source of joy: a joy that spreads from generation to generation and which we inherit."