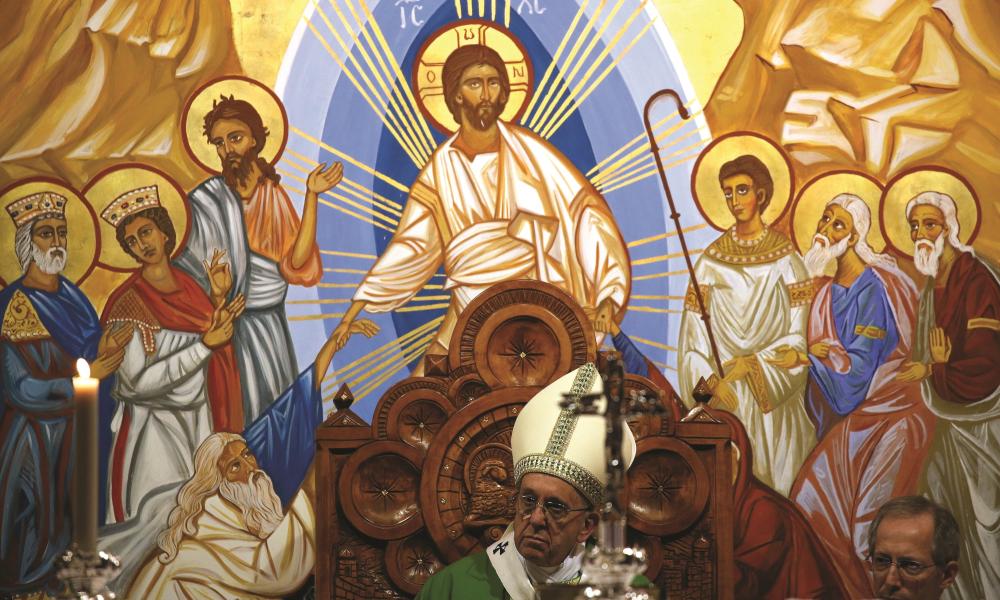 Initiating preparations for a meeting of the Synod of Bishops focused on youth, Pope Francis released a letter in January asking young people for their input. The Church, he says, wants “to listen to your voice, your sensitivities and your faith, even your doubts and your criticism.”

Pope Francis chose “Young people, faith and vocational discernment” as the theme for the synod gathering, which will be held in October 2018.

“Make your voice heard,” the pope told young people. “Let it resonate in communities and let it be heard by your shepherds of souls.”

Call to persevere in prayer for Christian Unity

During the Week of Prayer for Christian Unity in late January, Pope Francis called for continued prayer for unity. The theme of the week was “Reconciliation: The love of Christ compels us.”

The week concluded with an ecumenical vespers service at a basilica in Rome. The Holy Father said, “I invite you to persevere in prayer so that the desire of Christ, ‘That they might be one,’ may be accomplished.”