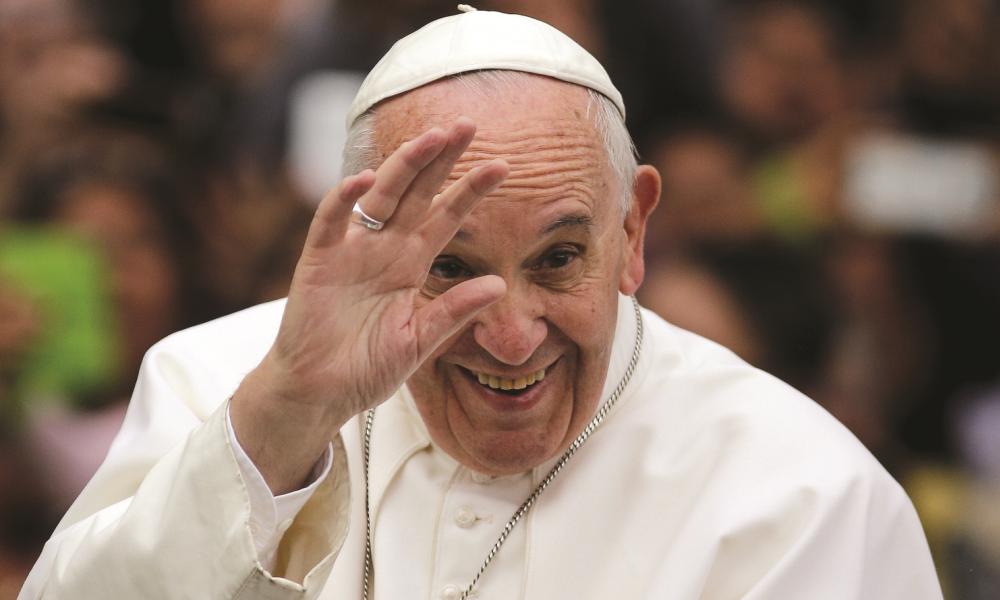 Pope Francis in the U.S.

It would be an understatement to describe Pope Francis’ visit to the United States (Sept. 22-27, 2015) as historic – but historic it certainly was. From his addresses at the White House and a joint session of Congress in Washington, D.C., to his speeches at the United Nations General Assembly in New York and the Festival of Families in Philadelphia, Pope Francis covered a wide spectrum of subjects while still finding time to celebrate several Masses, canonize a saint, dine with the homeless, bless babies and those afflicted with debilitating conditions and meet with prisoners. It was a trip that truly captured the attention of a nation and, indeed, the world.

"All are called to be vigilant, precisely as good citizens, to preserve and defend [religious freedom] from everything that would threaten or compromise it.”

“The joy of men and women who love God attracts others to him; priests and religious are called to find and radiate lasting satisfaction in  their vocation.”

“I cannot hide my concern for the family, which is threatened, perhaps as never before, from within and without. Fundamental relationships are being called into question, as is the very basis of marriage and the family.”

"I believe that I never said a thing that wasn't the social doctrine of the Church. Things can be explained, possibly an explanation gave an impression of being a little “to the left,” but it would be an error of explanation ... And if necessary, I’ll recite the creed. I am available to do that, eh.”

- Interview with reporters on the plane from Cuba to Washington, D.C.

Pope Francis speaks with children at Our Lady Queen of Angels School in East Harlem, N.Y.

Pope Francis addresses a joint meeting of the U.S. Congress.

Pope Francis blesses an inmate as he meets with prisoners at Curran-Fromhold Correctional Facility in Philadelphia.

Pope Francis kisses a baby as he visits Independence Mall.

Pope Francis celebrates his final mass of his visit to the United States.