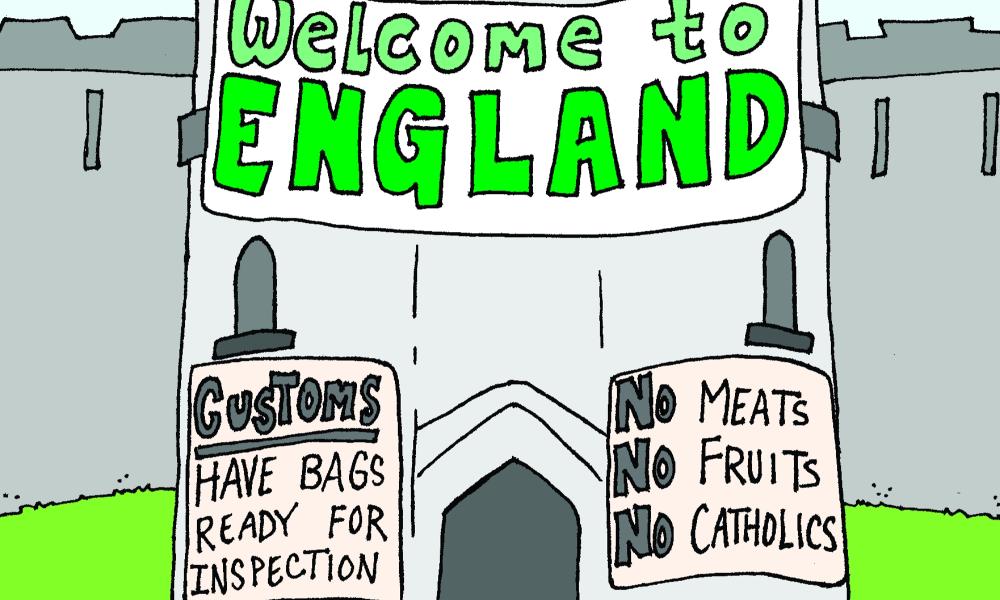 Margaret Middleton was born in 1556. She was one of five children, all of whom were raised as Anglicans. Margaret married John Clitherow, a wealthy Protestant who was chamberlain of York.

Margaret converted to Catholicism during the early years of her marriage. She supported her  husband’s choice to remain an Anglican, as he supported her in her faith. He agreed to allow their three children to be raised as Catholics.

During the reign of Queen Elizabeth I, the celebration of Catholic Mass was outlawed. Margaret hid priests in her home and allowed them to say Mass there. Her husband’s brother, John, was one of the priests she housed.

Margaret was eventually apprehended and put on trial. At the age of 33, she was condemned to death by compression. It is believed she was pregnant with her fourth child at the time of her execution. She was canonized in 1970 with the appellation, “The Pearl of York.”