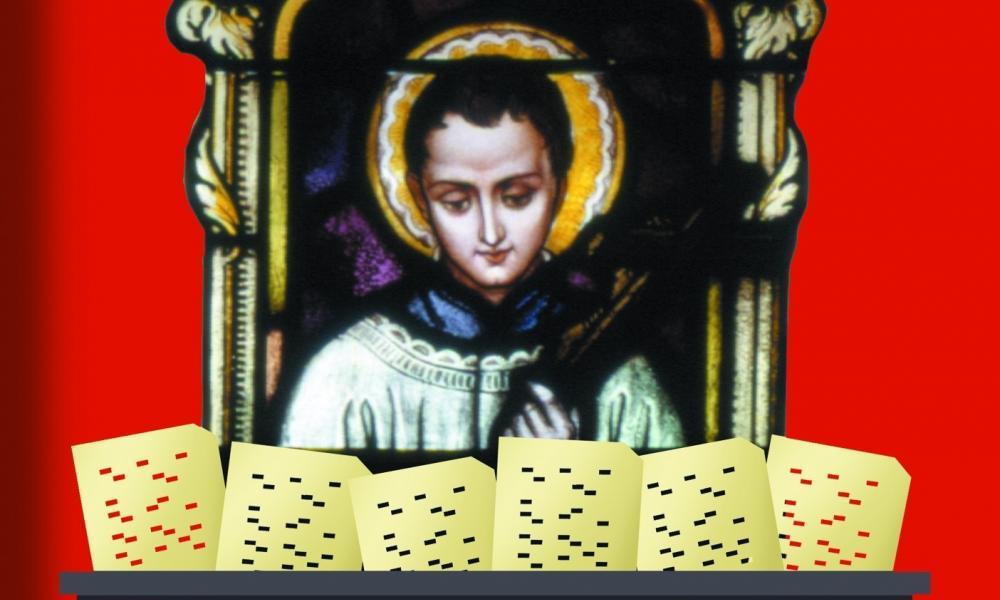 What does Lichfield, England have in common with Palm Beach, Fla.? Both have been thrust into the limelight because of the disputed U.S. presidential election. Palm Beach has its chads – pregnant, dimpled, hanging or swinging door – and Lichfield has St. Chad, a seventh-century bishop who might be considered the patron saint of election disputes.

Chad, or Ceadda, was born around 620 in northern England. As a boy, he studied at the Celtic monastery on Lindisfarne, and was ordained a priest while serving as a monk in Ireland. He returned to Britain in 664, to succeed his brother, Cedd, as abbot of the monastery in Lastingham (in modern Yorkshire).

Soon after, King Oswi of Northumbria chose Chad to become bishop of York. Unfortunately, Oswi’s son, Alcfrith, had already selected another man, Wilfrid, for this post. Wilfrid had gone to Gaul for his consecration. He stayed there so long that Chad was declared bishop instead. However, because the Archbishop of Canterbury had died and no one had yet been appointed in his place, Chad was instead consecrated by three lower-ranking British bishops.

As bishop of York, Chad traveled throughout his diocese on foot, evangelizing the people, serving the poor, and praying. Wilfrid eventually returned from Gaul, and the new Archbishop of Canterbury, Theodore, discovered that the Yorkshire diocese had two bishops. Even though Chad had served the diocese for more than two years, Theodore ruled that his consecration was invalid and that Wilfrid was the true bishop. And so Chad demanded a recount, brought suit in district court, took his case to the supreme court of the land ... oh wait, that’s a different story entirely ...

Chad stepped down from the office with incredible humility: “If you know I have not duly received episcopal ordination, I willingly resign the office, for I never thought myself worthy of it; but, though unworthy, in obedience submitted to undertake it.”

Archbishop Theodore was so impressed that he turned around and consecrated Chad in the proper Roman fashion, and made him bishop of the brand new diocese of Mercia. The humble bishop served his diocese for three years, teaching and preaching throughout the land, usually on foot (in spite of Archbishop Theodore’s insistence that he use a horse). Chad died, probably of the plague, in 672.

Prayer on the feast day of Chad’s feast day, March 2

Almighty God, whose servant Chad, for the peace of the Church, relinquished cheerfully the honors that had been thrust upon him, only to be rewarded with equal responsibility: keep us, we pray Thee, from thinking of ourselves more highly than we ought to think, and ready at all times to step aside for others, that the cause of Christ may be advanced and the blessed kingdom enlarged; in the name of Him who washed His disciples feet, Jesus Christ our Lord, who lives and reigns with You and the Holy Spirit, one God, now and forever. Amen.