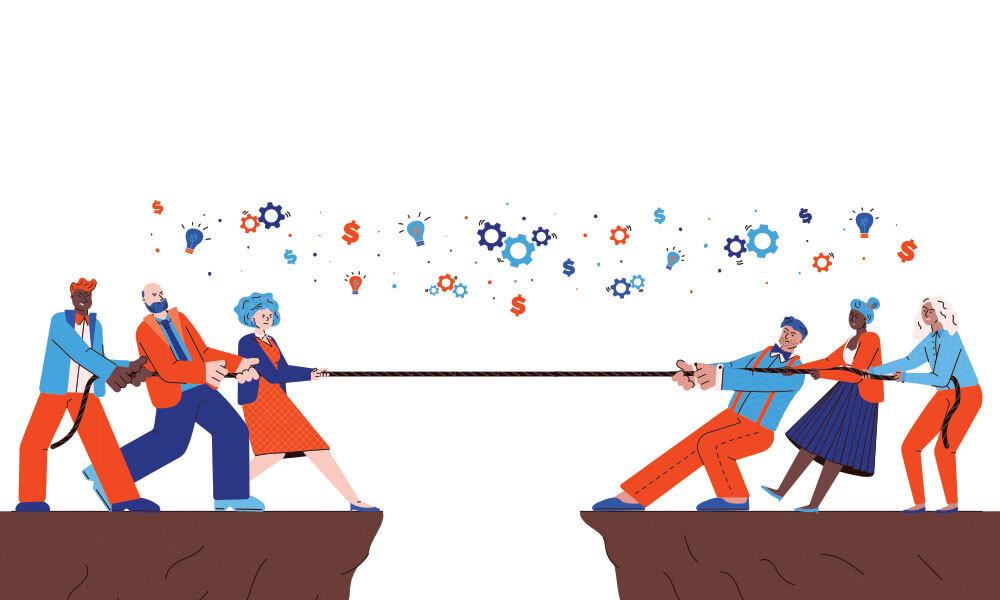 Our Work Team Struggles to Agree and Make a Decision

When our work team has to make business decisions, we often struggle and get stuck, sometimes because of emotions and strong opinions. Is there a better way?

There is. But it requires that your colleagues genuinely value three things: rationality, knowledge, and humble curiosity.

Aristotle called humans rational animals. Emotions have their place –  second place. Just as the soul rules the body so should clear, dispassionate thinking rule the emotions, not the other way around. Otherwise you have the cart before the horse, which makes for a bad buggy ride. Your team needs to decide, first and foremost, if they want to be thinkers more than feelers, and put analysis ahead of ardor.

As with emotions, opinions have their place – third place. There are three levels of participation in the truth – opinion, belief and knowledge. When you’re deliberating, make it a habit to distinguish whether a comment or view is opinion, belief or knowledge. All are legitimate, but the gems are in the knowledge/fact/experience zone.

Socrates thought that when he lost an argument he was actually the winner because he learned something his opponent knew. Thereby he was disabused of ignorance. You can promote humble curiosity by asking people to listen very closely to an opposing position, and then try to state that position more convincingly than their opponent. This is a fascinating mind-opening exercise that every team should try. Make sure you assign a moderator.

If everyone embraces these three points, things should improve. If not, you can always try rolling dice.