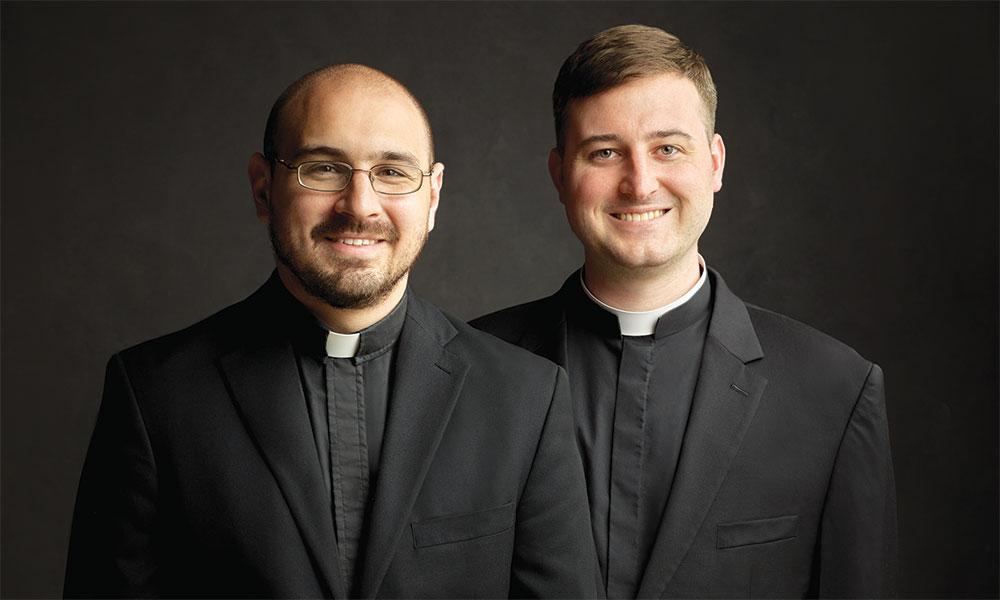 The Diocese of Lansing was blessed with two new priests and two new transitional deacons on June 13. Bishop Earl Boyea ordained John Vinton and Michael Cassar to the priesthood and Miguel Colunga-Santoyo and Mark Martin II to the transitional diaconate at St. Thomas Aquinas Parish in East Lansing. In the following pages, meet our newest priests and deacons for the Diocese of Lansing and enjoy photos of their ordination.

Father Michael Cassar was raised Lutheran. After becoming Catholic while attending Eastern Michigan University, he began to worship at St. Francis of Assisi Parish in Ann Arbor. He is assigned to St. Thomas Aquinas parish in East Lansing.

Q. What led you to answer God’s call to become a priest?

A. The whole process is so gradual that I find it difficult to put it into any sort of structured narrative. At the root of it, the idea of becoming a priest just kept coming back to me, with more and more plausibility the more I thought about it (or perhaps it is more accurate to say “with less and less absurdity”). Eventually, I took more formal steps, contacting a local priest and Lansing’s vocation director, who both helped me pray through the process. Along the way, friends encouraged me through their examples of faithful lives. Ultimately, if there was any one thing that convinced me that I was called to the priesthood, it was a summer in seminary where we went to the Holy Land and then returned to the United States to do a 30-day silent retreat. The experience of being that close to Jesus – of walking where he walked, taught, healed, died and resurrected – and then spending a month praying, more or less full-time, showed me that a life with Christ in the priesthood was where I could be truly fulfilled.

Q. What message would you pass along to those who want to serve God, but do not know how?

A. Get involved in your parish! This is not profound, but I’ve found the easiest way to love God and neighbor is to be an active part of a community centered around God.

Q. What has seminarian life been like for you?

A. Once I got used to the degree to which daily life is structured, and living in an environment where we were constantly being evaluated, I got along well in seminary. I enjoy studying, and having such access to the sacraments and consistent spiritual direction was enormously helpful in my own spiritual development. Also, one of the great blessings is having classmates going through the same things at the same time. I am grateful for the close friendships I was able to form at seminary.

Father John Vinton was raised attending Holy Spirit Parish in Brighton. He is assigned to St. Francis of Assisi Parish in Ann Arbor.

Q. How did you know you were called to the priesthood?

A. Apart from the call of the Church during the ordination rite, I cannot point to a specific instance when I knew with total certainty that I was called to be a priest. There were countless times when the thought of becoming a priest would enter my mind or someone would ask if I had considered it. I think the Lord used many little encounters and circumstances to invite me to respond to his love by becoming a priest. I have decided to respond “yes” to his invitation.

Q. Who influenced your decision to become a priest?

A. The sacrificial love of Christ has been the primary influence of my desire to become a priest. I have been inspired by that love as it is manifested in the lives of saints, other priests, religious women, as well as in the lives of my parents and grandparents. I am also inspired by the lives of very old priests who have lived holy and faithful lives.

Q. What message would you pass along to those who want to serve God, but do not know how?

A. God doesn’t dictate every little action we should take. If you think God is inspiring you to serve him in some way, don’t miss the opportunity to do so by overanalyzing and worrying about the future. Rather, have faith, pray to the Holy Spirit and take a step forward.

I was born and raised in East Lansing, and have been a parishioner at St. Thomas Aquinas/St. John Student Center ever since I could remember. I am currently a seminarian at Sacred Heart Major Seminary in Detroit, and am an intern this summer at Cristo Rey Parish in Lansing.

I converted to Catholicism toward the end of high school, and have been a parishioner at St. Anthony of Padua in Hillsdale since. I am a seminarian at Sacred Heart Major Seminary in Detroit, and I am interning this summer at St. Mary Parish in Pinckney. 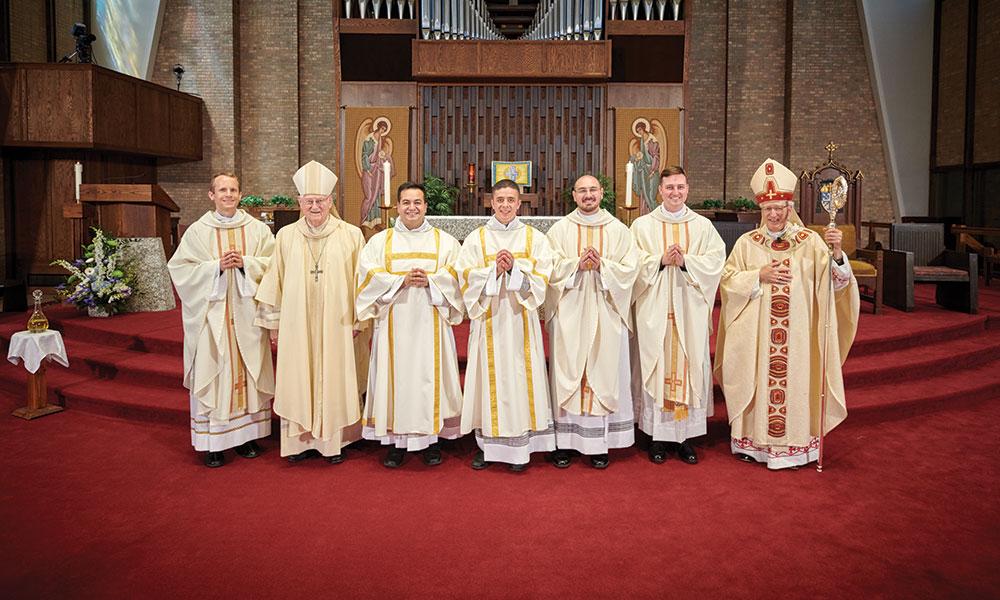 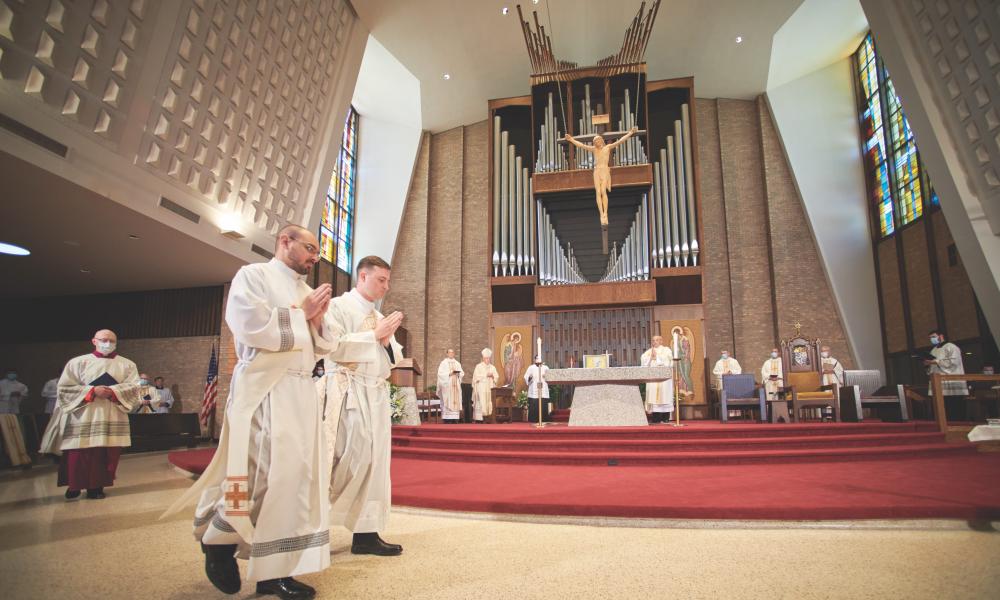 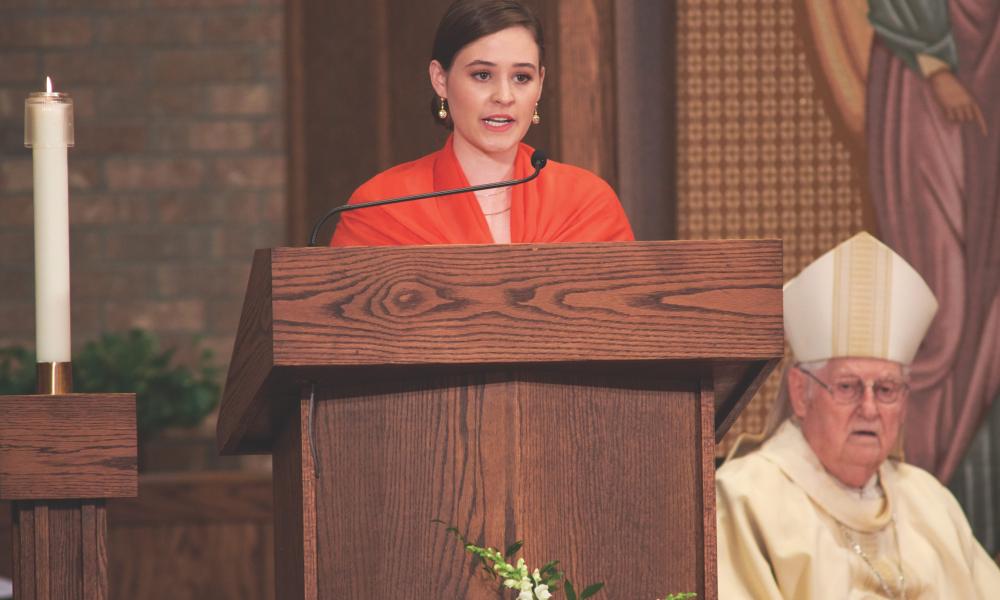 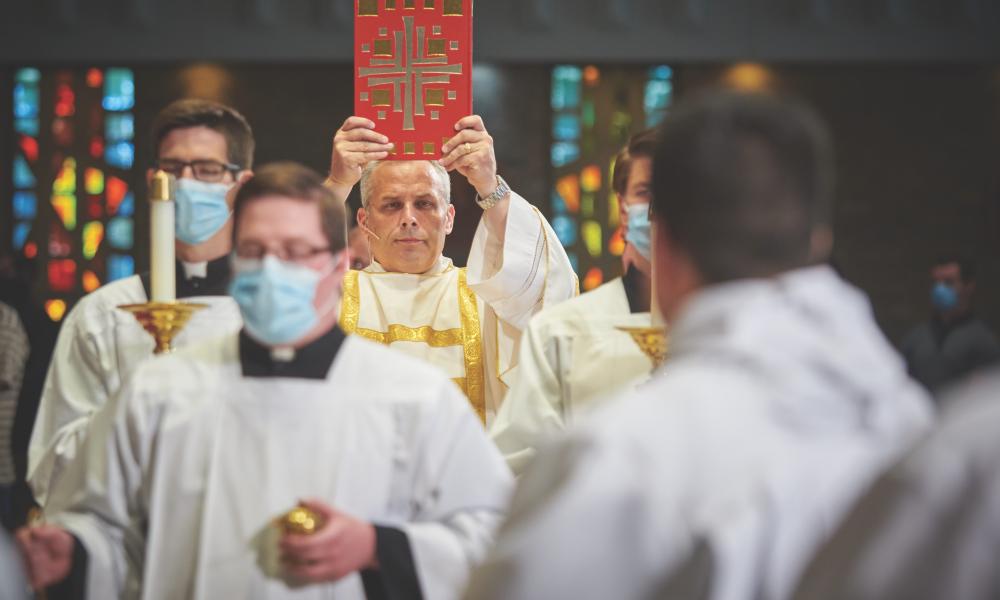 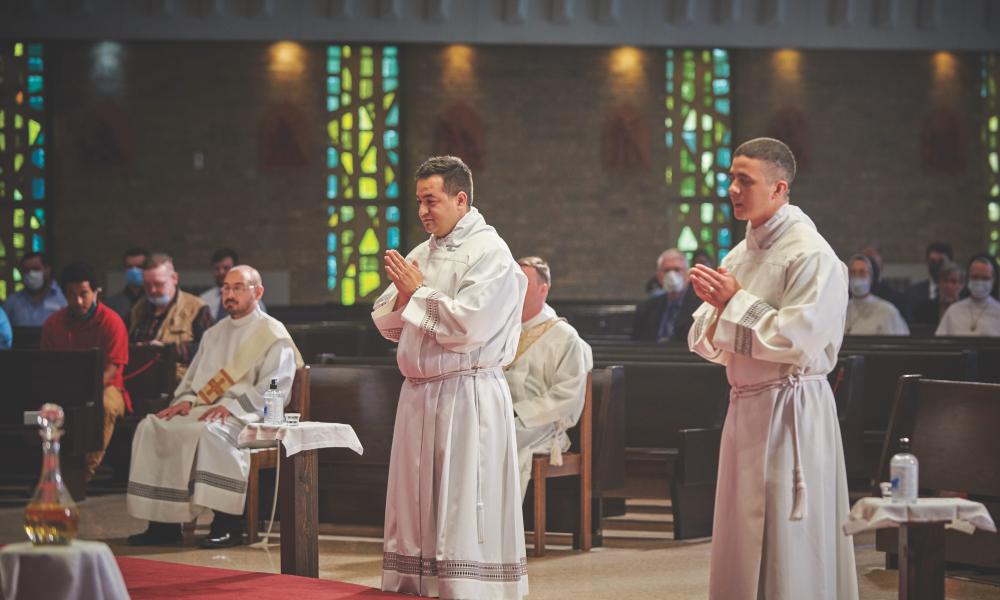 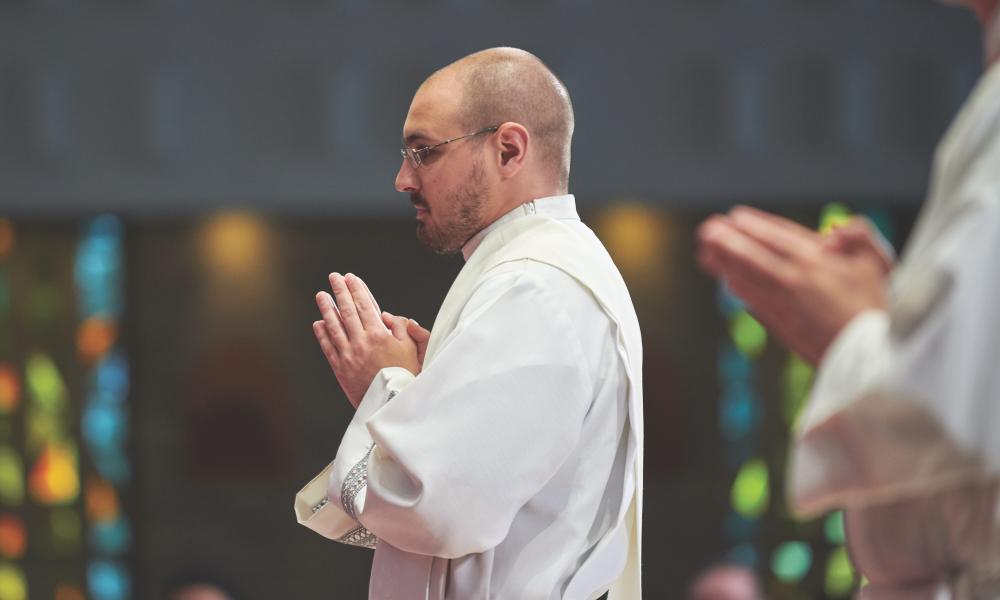 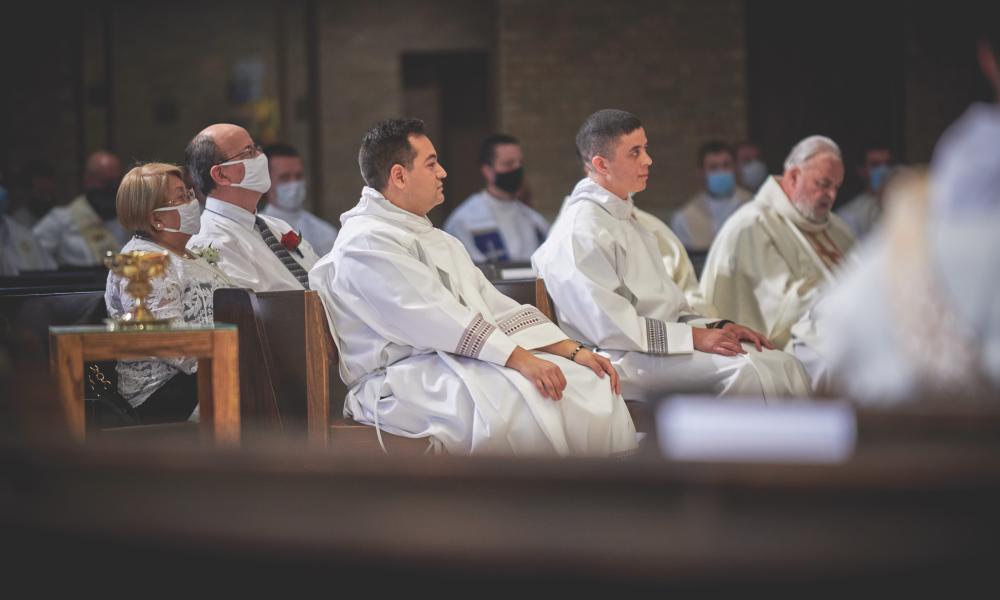 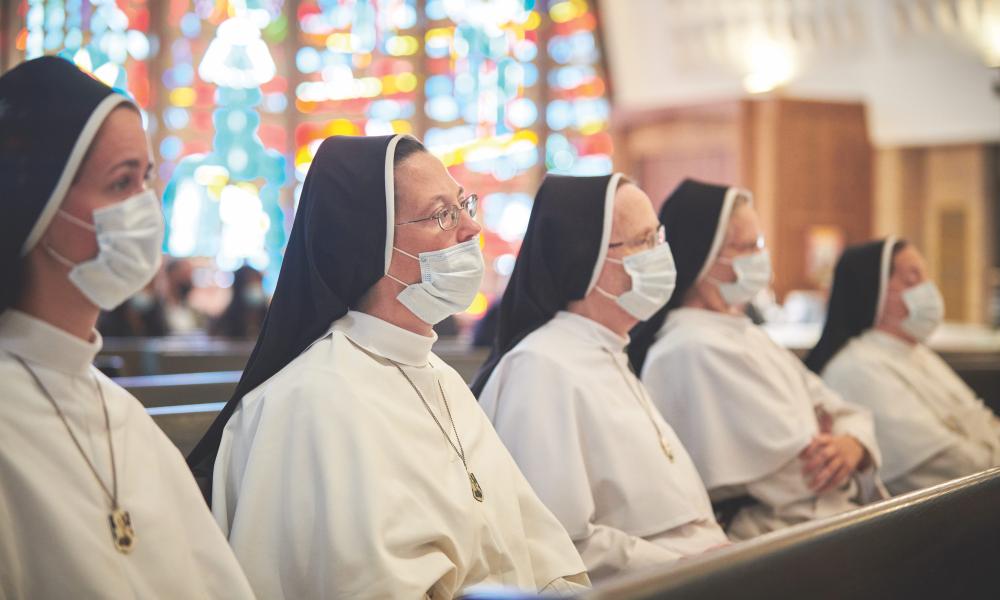 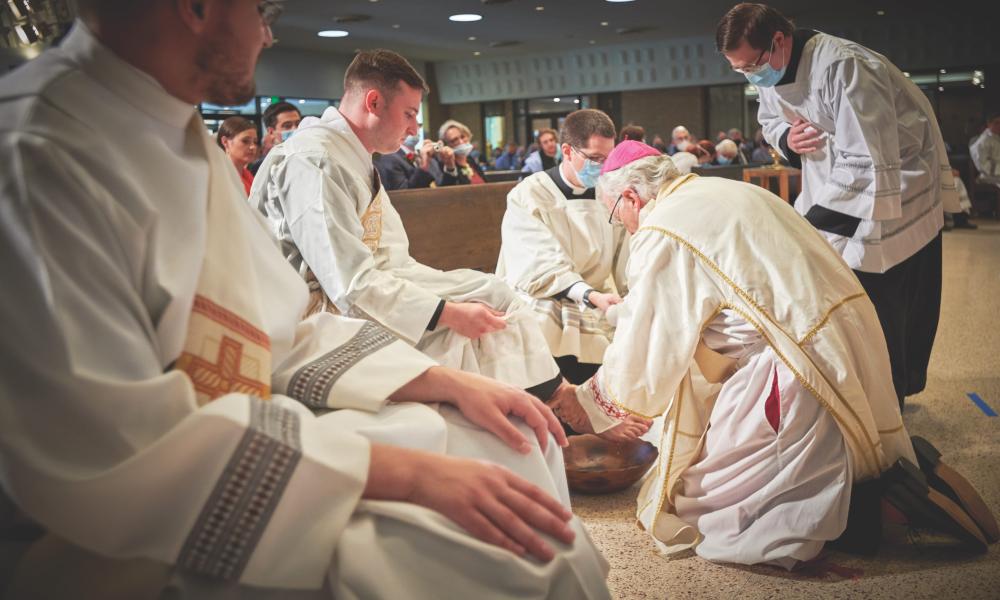 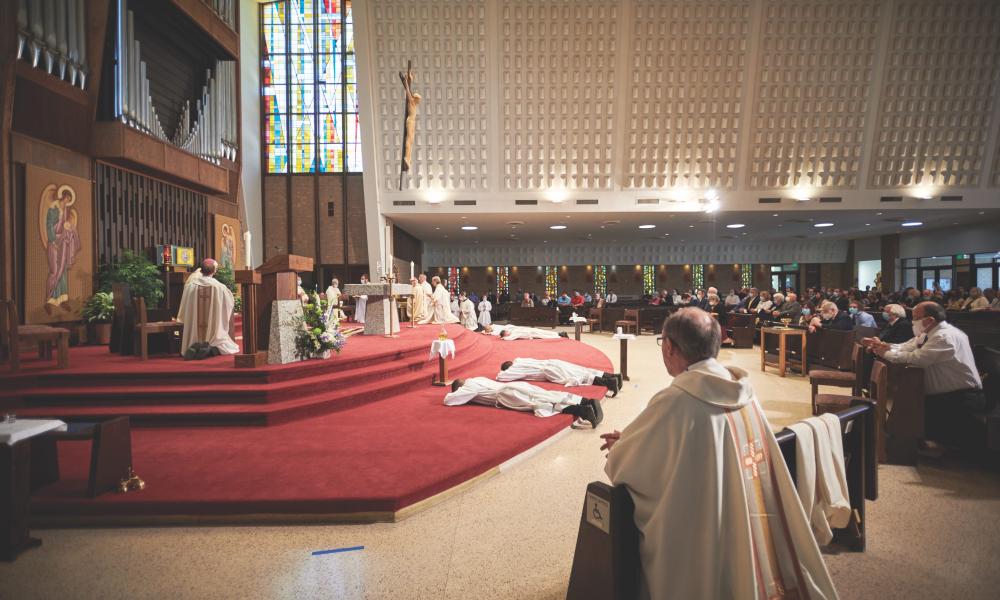 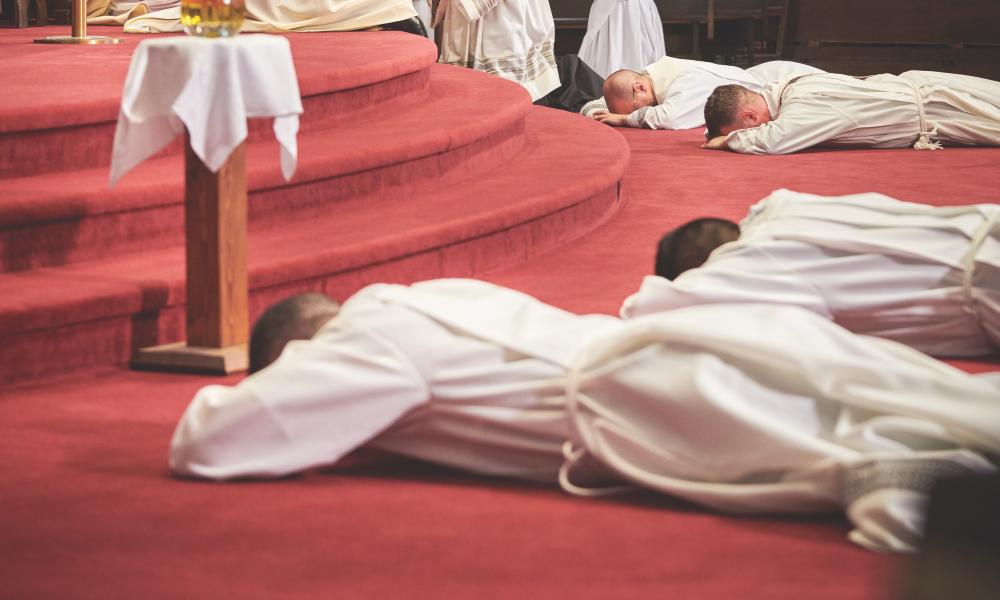 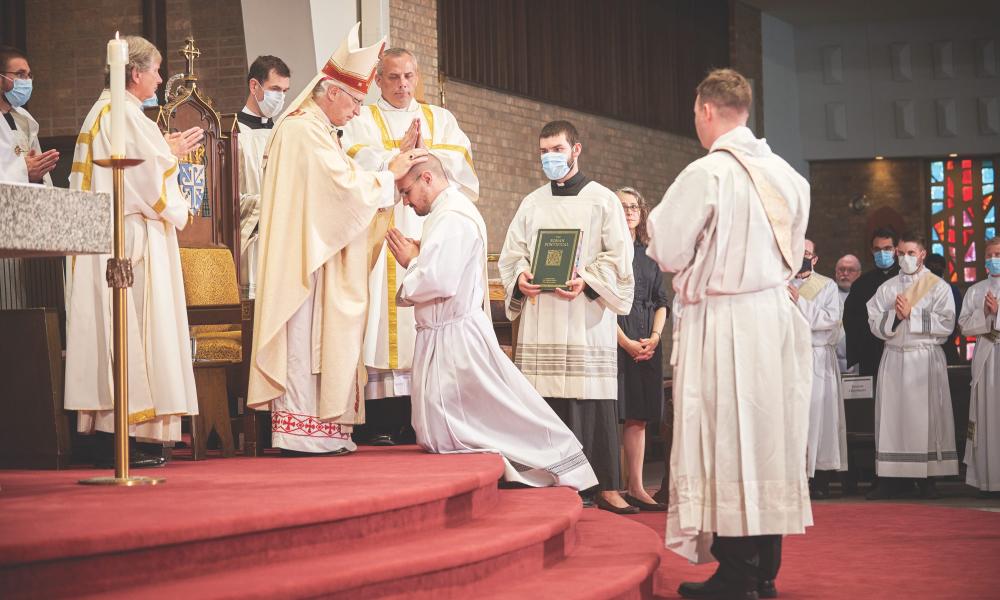 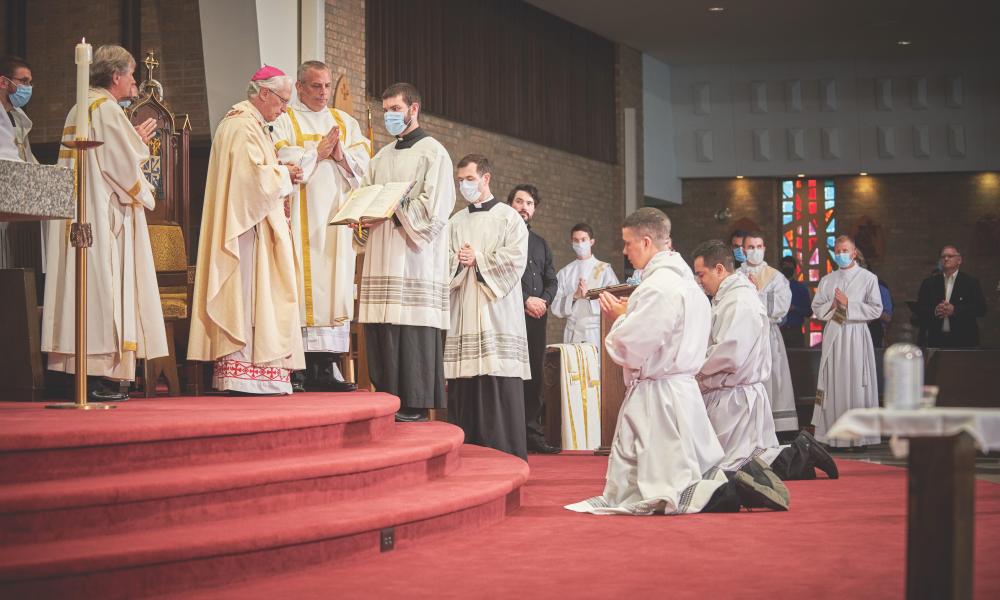 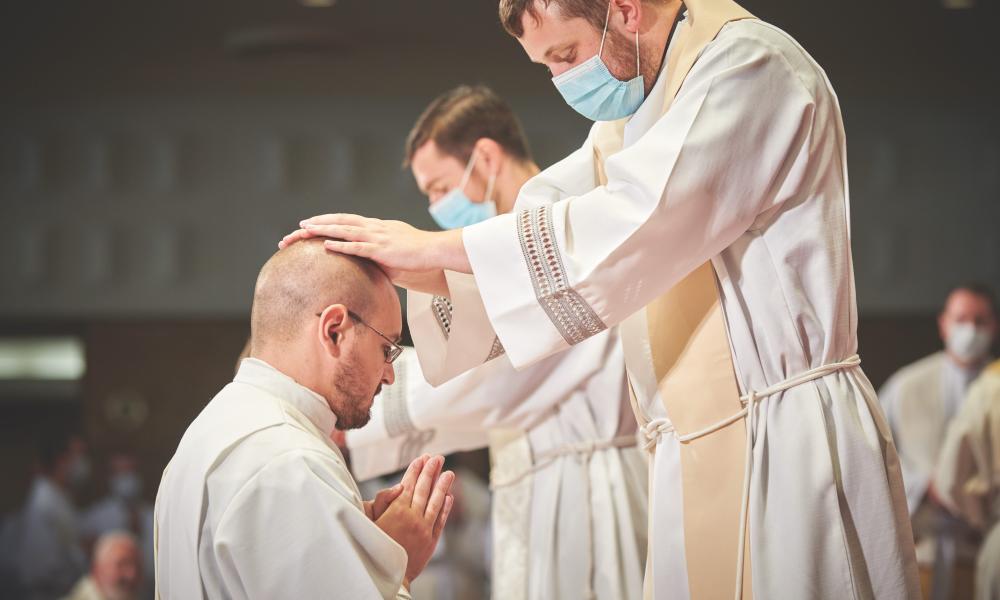 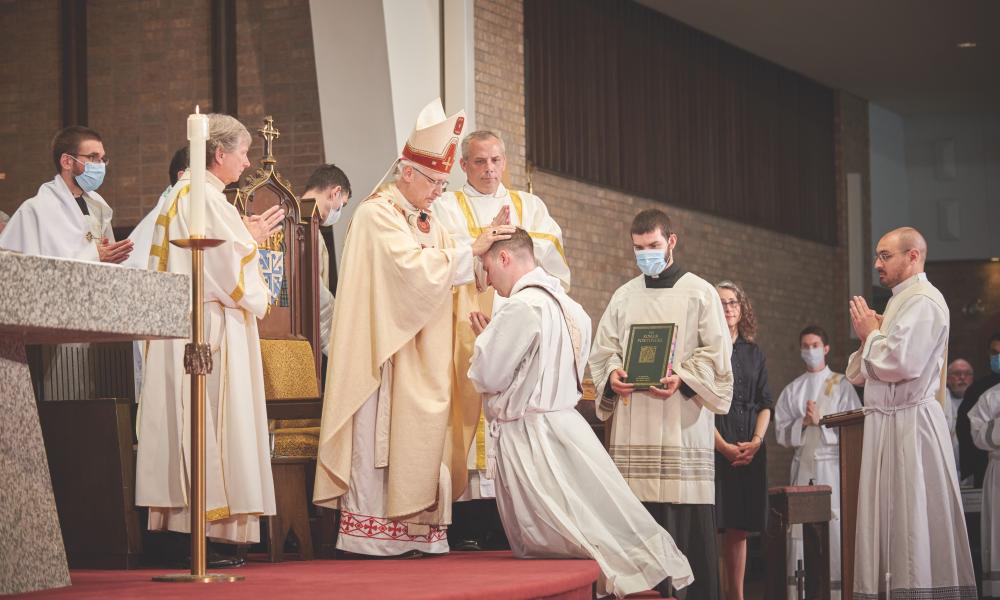 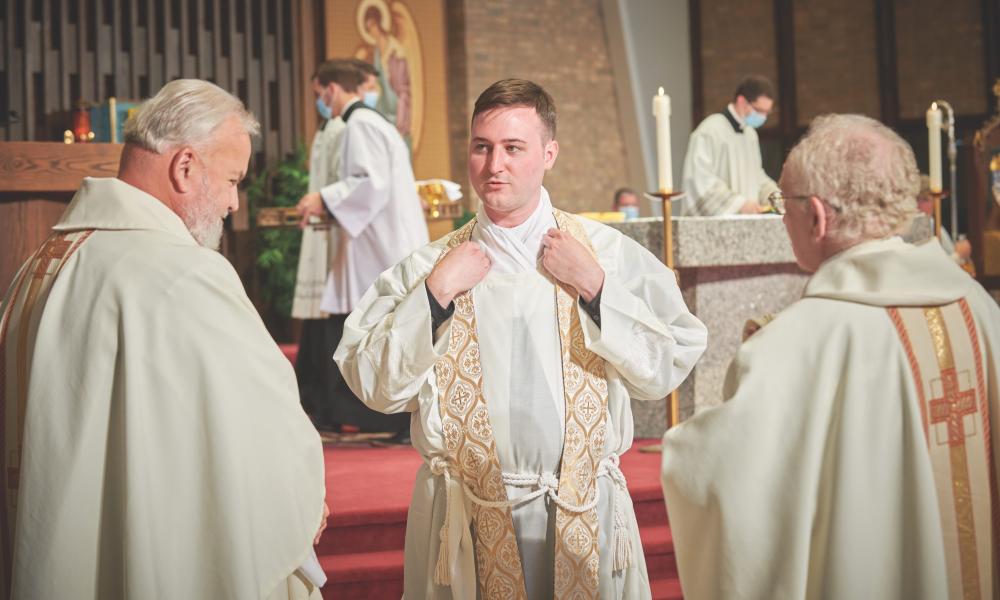 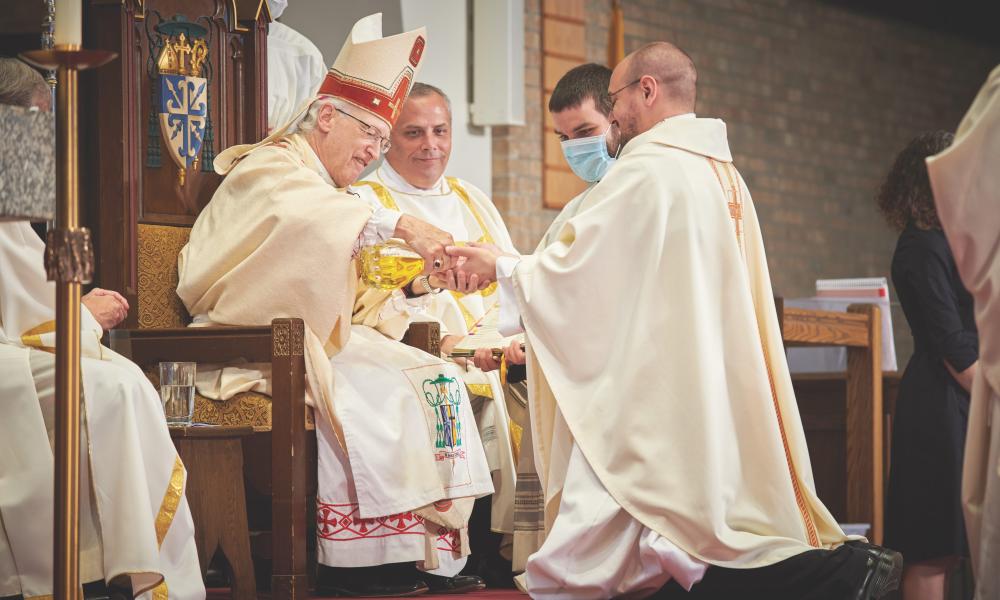 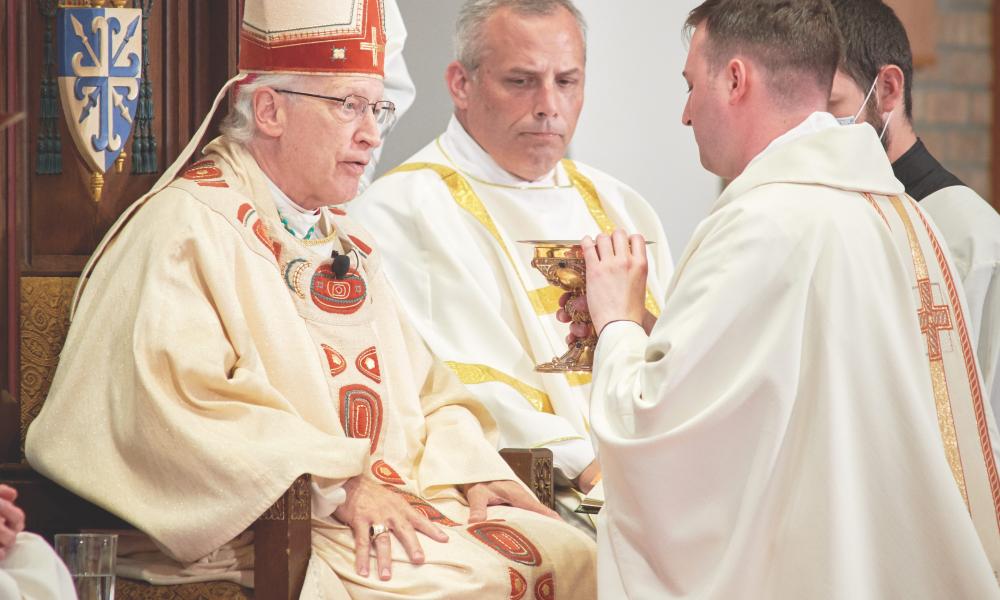 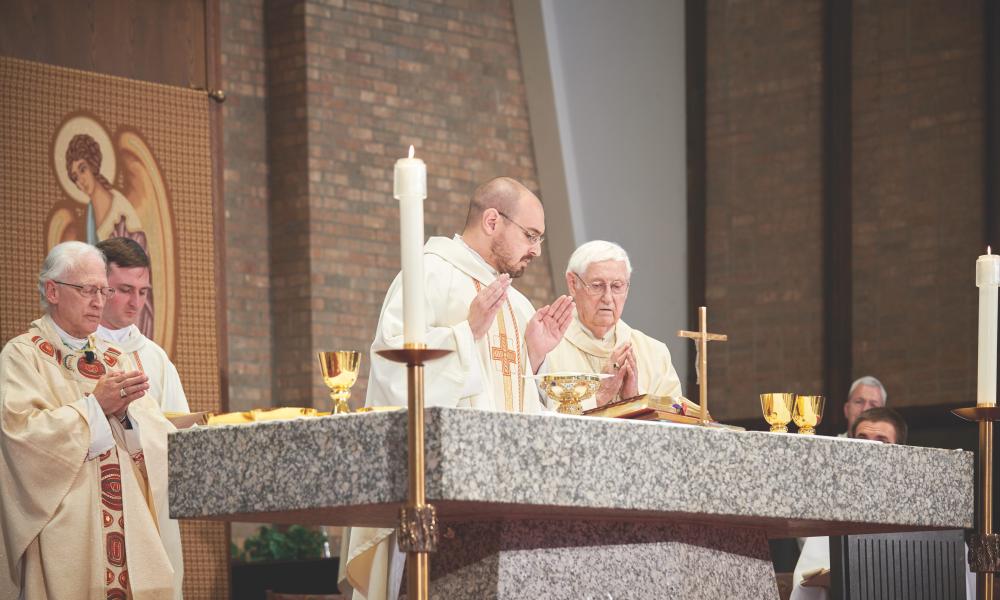 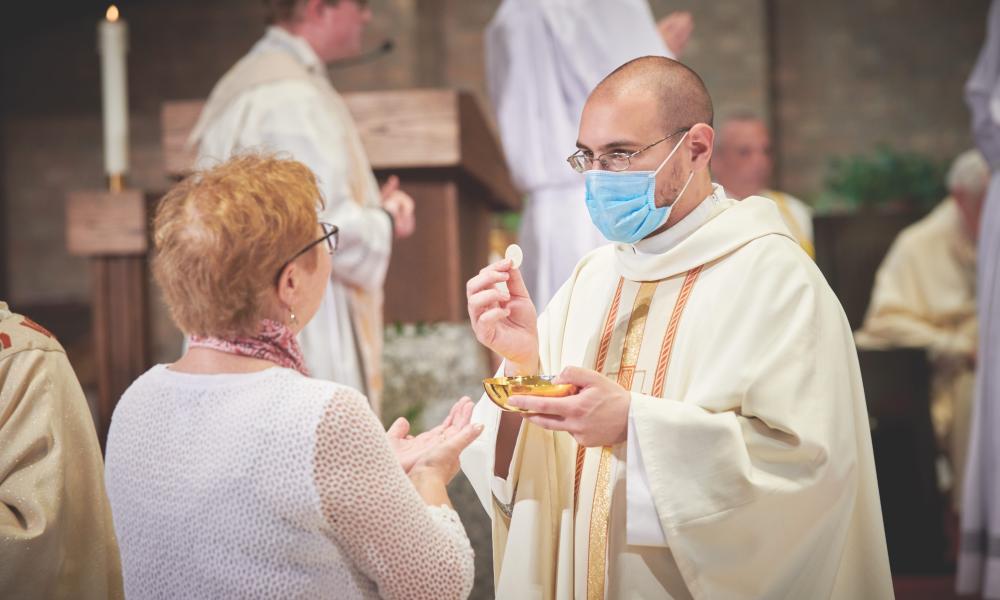 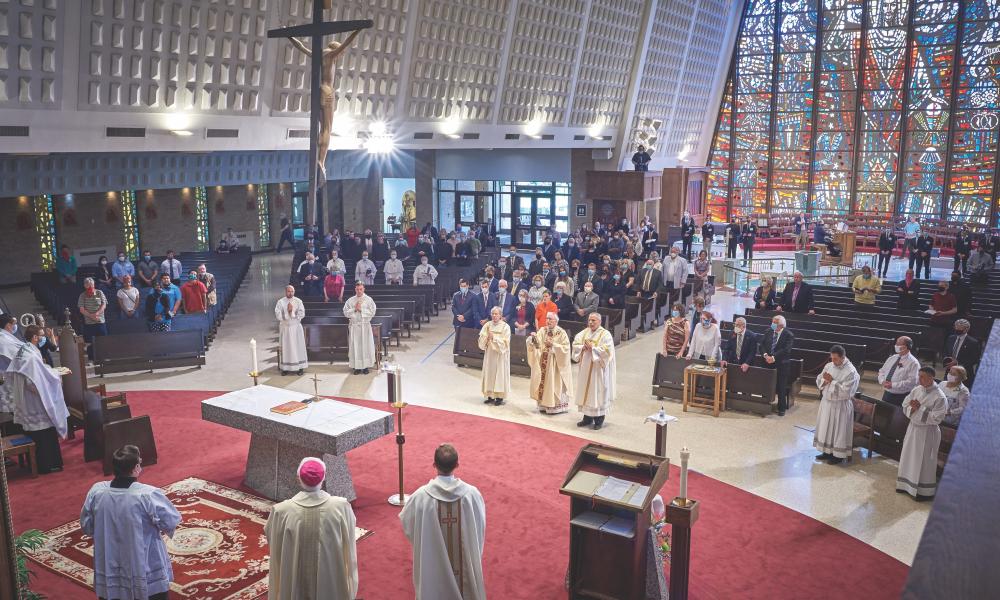