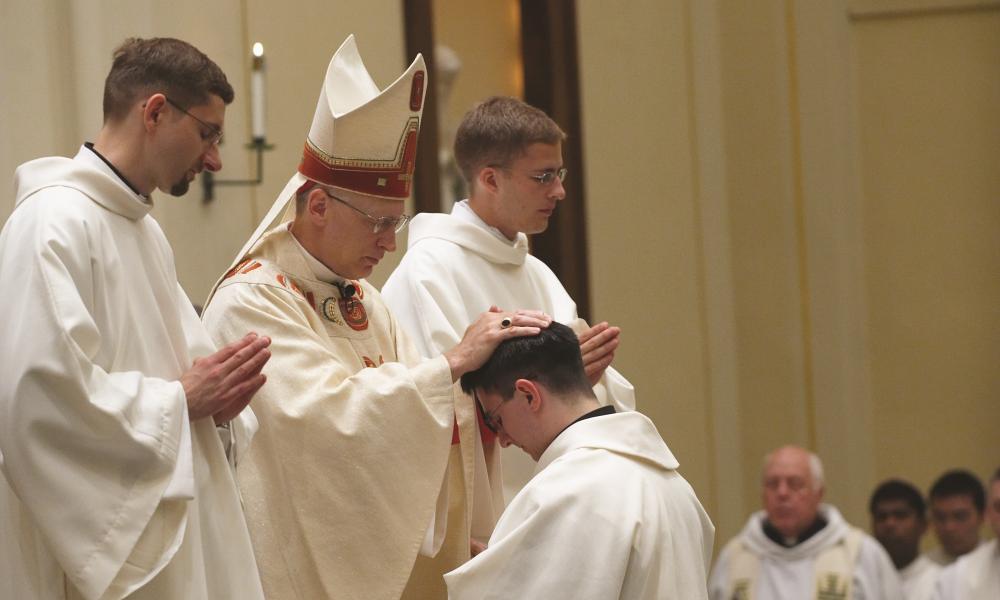 During the middle of June, the bishops of the United States gathered in San Antonio for our annual spring meeting. Most of the agenda was the approval of more segments of the English translation of the Roman Missal. The Holy See would like all the English-speaking countries of the world (England, Australia, India, Nigeria, etc.) to have the same translation of the Mass.

This has caused a lot of concern on the part of many people. Some do not like the new translations as they find them a bit more elevated in tone – and perhaps more difficult to understand. A key to understanding this was brought home to me more than a year ago with a reinforcement of the understanding that we are celebrating the Latin Rite.

Unfortunately, since around 1970 when our current translations came into effect, there arose a sense that we now had an English Rite of the Mass. That was a mistake. It was and is the Latin Rite. By the early 1990s, it was clear a new translation, one closer to the Latin original, was needed to reinforce this reality.

So, this is the process that occurred. A small committee of writers assembled to propose a translation, which was then sent to ICEL (International Commission on English in the Liturgy). ICEL approved a text, called a green book, which was sent to the various English-speaking bishop’s conferences in the world for feedback. These texts, Latin on one page and the English translation on the other, came out about every few months with a different section of the Roman Missal. I read all these green books as they came out and sent in my suggestions. ICEL reviewed all these comments from around the world and made changes. They then issued a gray book, or final version, for voting by each bishop’s conference. Thus, in the past, the bishops of the U.S. approved some sections of the text. In June, we began the vote on four more sections, and this November we will vote on the final sections. All the other English-speaking conferences have already approved the texts.

After this is completed, the whole process will be turned over to the Vatican, where a consultation with experts on English translations will occur. At that point, there will be a final determination of what the English text will be. We will implement the new translation of the Mass either in the fall of 2010 (if they are ready) or, more likely, the fall of 2011. One of the timing issues is music – with new texts, new musical settings are required, and that takes additional time.

When we begin to use the new Mass translation, all of us will have to learn some new responses in the Mass, including a slightly different version of the Gloria, for instance The priests will have the most to learn, since we priests recite much of the Mass by heart.

This reminds me of the late ’60s and early ’70s, when we first celebrated the Mass in English. We all had to use cards until we had memorized our responses. We may well have to do this again.

What strikes me most about this whole process is it affords all of us an opportunity to re-appreciate the Mass. It should be an opportunity for all of us to spend some time studying the Mass and its various movements. This sacred act of worshipping God, by offering yet again Christ’s own sacrifice of himself, is the very heart of our lives as Catholics. It seems to me this new translation really calls each of us to an inner renewal in our commitment to worship God and to affirm one another in the body of Christ.

Since the Mass is so central to our lives, we need to continue to pray for an increase of vocations to the priesthood so we can have the Mass celebrated in our midst. For priests, the connection between this Year for Priests and the anticipation of the new Mass translation affords a challenge to greater holiness, by imitating all that we celebrate.