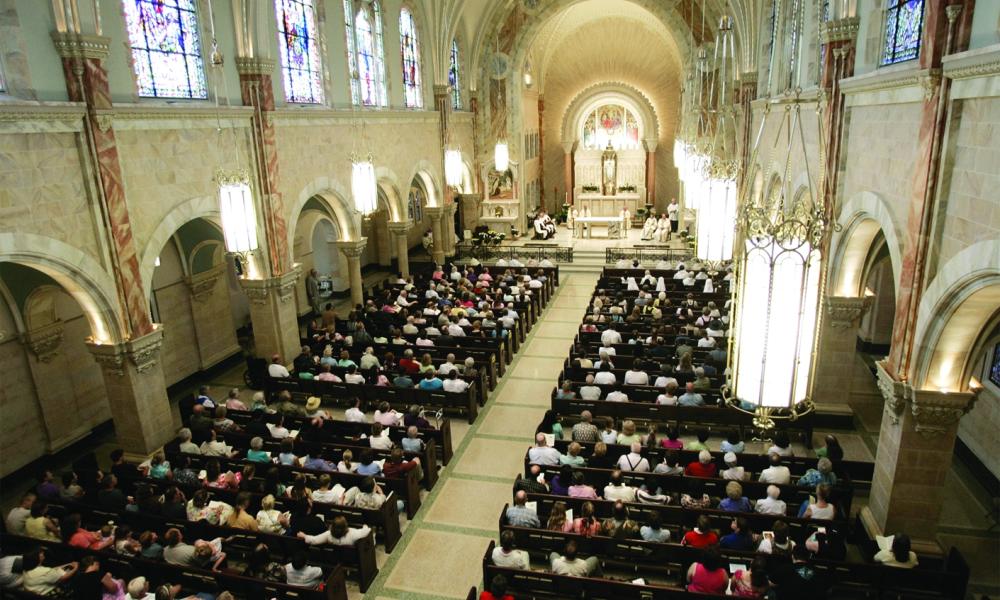 In the past several years, a lot of ink has been spilled about the “changes to the Mass.” It’s true – there is a new version of the Roman Missal with a new English translation and we will all be using some new words. But the “new” Mass texts are actually more about continuity than change, more about tradition than translation. So, while it may be tempting to focus on what is changing, it is just as important to focus on what is staying the same.

We will all celebrate the same Order of Mass that we have used since Vatican II nearly 50 years ago. At that time, the Council restored the Order of Mass that was used in the early centuries of the Church. Like countless generations of Christians before us, we read from the revealed word of God, we listen to homilies, we petition God for favors and mercy, and thank him for all he has done. The priest still consecrates simple bread and wine and transforms it into the body and blood of Christ. Young and old, saints and sinners are invited to participate in a sacred meal. We are then dismissed from this holy assembly to preach the Good News, to do good works and to build up the kingdom. The basic structure of the Mass will remain unchanged.

While some of the words of our prayers and acclamations will sound new, they are actually very old. They may be found in Sacred Scripture, Patristic literature and ancient prayers. We exchange greetings taken from the letters of Paul, sing psalms from the Old Testament, pray eucharistic prayers written as early as the third century, profess a Creed based upon truths told by the Apostles, and participate in rituals that have been followed for centuries. We share the same mission, profess the same faith, receive the same sacraments and continue to celebrate the Eucharist as Christ himself told us to do in his memory.

Most importantly, at every liturgy, we continue to celebrate the paschal mystery – that Jesus Christ, the Son of God, suffered, died and rose from the dead to redeem us. By dying, he destroyed our death and by rising, he won for us eternal life. The words we choose to explore all the facets of that awesome mystery and to thank God for so great a gift have always been carefully chosen by the Church. For the words of our prayer reflect the words of our belief (lex orandi, lex credendi). And while we celebrate a “living liturgy” that is always growing and adapting to the Church of the present age, we bear witness to an “unbroken tradition” that is steadfast in that belief (cf. GIRM 6-15).

This new Roman Missal, the third edition since Vatican II, was promulgated by Pope John Paul II in 2000. It has taken eleven years to thoughtfully and faithfully translate it from Latin to English.  The new words may take a few weeks or months to get used to. The faith we proclaim with those words is ageless.