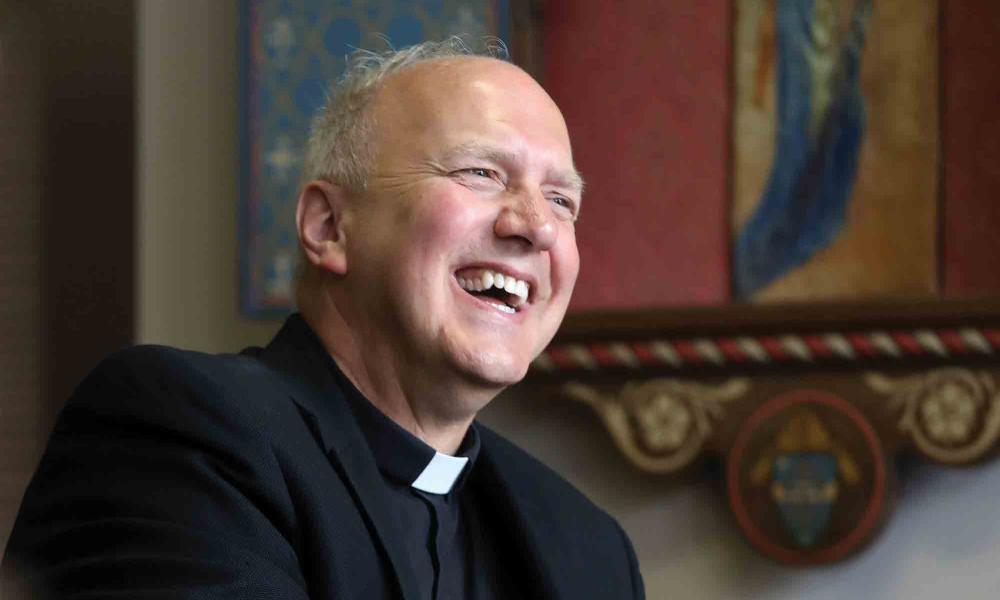 Msgr. Gerald Vincke from the Diocese of Lansing named as bishop of Salina, Kansas

Bishop Earl Boyea said "The Diocese of Lansing is very happy to join in the celebration of the nomination of Monsignor Gerald Vincke as the 12th Bishop of the Diocese of Salina, Kansas. The priests of our diocese as well as myself will deeply miss our brother priest as he moves into this new ministry. The Holy Father, Pope Francis, has honored not only Msgr. Vincke but our diocese with this appointment.

"We offer to Pope Francis our love and gratitude. Certainly, the good people of Holy Family Parish in Grand Blanc, Michigan, will also miss their pastor since they recognize in him the very gifts which the Holy See finds will provide loving leadership to the Diocese of Salina. He is a fine priest, a man of deep faith in Jesus Christ, and a gentle soul. Our loss is most sincerely their gain."Msgr. Vincke was born the ninth of ten children in Saginaw, Michigan, on July 9, 1964. His mother still lives at the family farm. He attended New Lothrop High School (was a football wide receiver) and Ferris State University (an editor of the school newspaper), obtaining a degree in public relations and marketing. He completed his philosophy studies at Thomas More College in Crestview, Kentucky, and then his theology studies at the Athenaeum Seminary in Cincinnati, Ohio, and at Sacred Heart Major Seminary in Detroit, Michigan. He was ordained to the priesthood on June 12, 1999.

He served as parochial vicar at St. Thomas the Apostle Parish in Ann Arbor from 1999 to 2001 when he became chaplain at Bethany House, our retreat house for youth. He attended Creighton University for spirituality courses in the summer of 2001. Additionally, he became the director of seminarians and vocation director in 2003, becoming full-time in these positions and relinquishing Bethany House in 2004. He was appointed to the North American College as a spiritual director in 2010, where he served until 2015. While in Rome, he completed the requirements for the S.T.L. (Licentiate in Sacred Theology), with a focus on spiritual theology, in 2015. His tesina is entitled: “Following the Path of St. John Vianney for the New Evangelization with Evangelii Gaudium as a Guide.” In 2012 he was made a monsignor by Pope Benedict. In 2015, upon his return to the Diocese of Lansing, he was assigned as the pastor of Holy Family Parish in Grand Blanc, Michigan. In addition, he currently serves on the presbyteral council and the College of Consultors of the Diocese of Lansing.