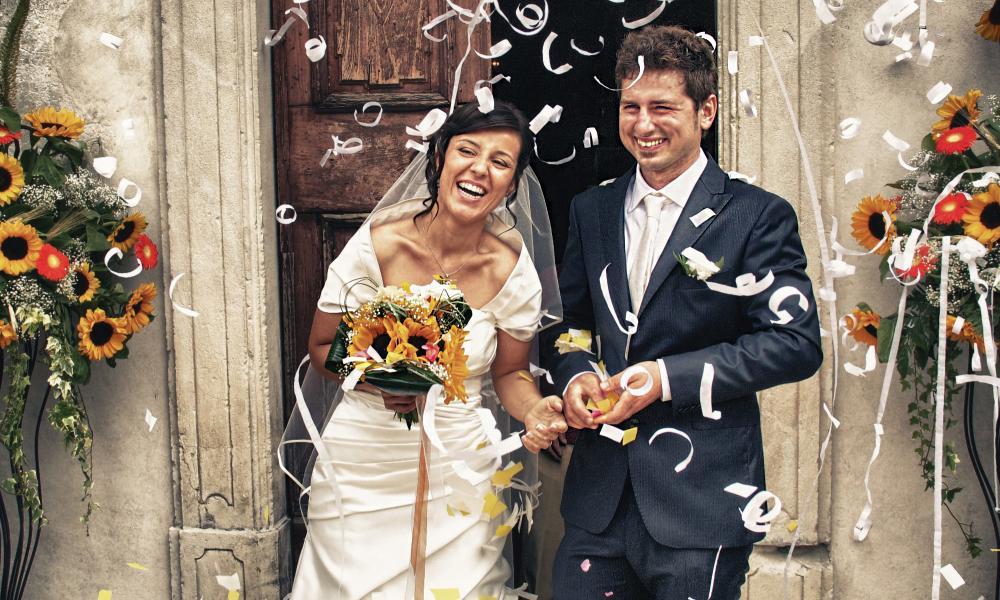 The Extraordinary Synod of Bishops on the Family, held in October 2014, and the upcoming Ordinary Synod on the Family in October 2015 have made reflection on the vocation and mission of the family, both in the Church and in the modern world, very timely. Over the next year, therefore, Theology 101 will explore the Church’s teaching on many of the themes being considered by the two synods.

The end of marriage

In order to understand the Church’s teaching on mixed and inter-religious marriage, it is necessary to first understand the meaning or purpose of marriage. The Catechism of the Catholic Church teaches the end of marriage is twofold: “the good of the spouses themselves and the transmission of life.” Further, since married couples have the mission to transmit human life, they also have the mission to educate their children.

As one might guess, the Catholic Church discourages mixed marriages because of the difficulties that may arise in the relationship due to the couple not sharing the same religious beliefs. Christian disunity in the heart of the home over differences about faith and, especially, over the education of children can introduce significant tension into and put tremendous strain on the marriage. Perhaps even worse for the life of faith, the couple might be tempted to religious indifference as a way of avoiding such tension.

At the same time, the catechism states that a difference of religious confession between the spouses does not represent “an insurmountable obstacle” to the marriage. For example, the couple can successfully navigate the dangerous waters of a mixed marriage by focusing on what they share in common about belief in Christ and by their willingness to respectfully learn from each other how each seeks to live in fidelity to Christ.

Of course, the difficulties and temptations inherent in mixed marriages can be further aggravated in inter-religious marriages because notions of faith, marriage and worldview can be significantly different. Consequently, the Church calls for even greater pastoral care in the case of an inter-religious marriage in the hope that the pitfalls can be avoided and that the Catholic spouse can fulfill his or her specific task as delineated in the catechism: through sincere married love, the humble and patient practice of the family virtues, and perseverance in prayer to prepare the non-believing spouse to accept the “grace of conversion.”

The Code of Canon Law (1059) asserts, “Even if only one party is Catholic, the marriage of Catholics is governed not only by divine law but also by canon law …” This is important because the code goes on to state in Canon 1066, “Before a marriage is celebrated, it must be evident that nothing stands in the way of its valid and licit celebration.”

The fact is that marriage is a sacrament, and therefore a liturgical act which should be celebrated in the public liturgy of the Church. Further, marriage introduces the couple into an ecclesial order, creating rights and duties in the Church between the spouses and toward their children. It is a state of life in the Church requiring the consent of the spouses and their lifelong commitment. Consequently, marriage should reflect ecclesiastical form.

The topic of mixed and inter-religious marriages was covered in the preparatory document, the midterm report and the final report for the Extraordinary Synod of Bishops on the Family. While the bishops noted that such marriages can encourage greater ecumenism and inter-religious dialogue, they were primarily concerned about the pastoral challenges that often accompany these unions. The formation of children in the Catholic faith, in particular, stood front and center as an issue.

More specifically, the Vatican News reported the conversation on mixed and inter-religious marriages primarily arose within the context of a debate on the Church in the Middle East and in North Africa. For example, the bishops were concerned about the state of Christian spouses and their children involved in inter-religious marriages with Muslims in Muslim countries where Christians do not enjoy equal rights with Muslim citizens.

The bishops also were concerned with cases in which civilly divorced Catholics, unable to obtain a declaration of nullity, leave the Church for another Christian confession in order to remarry in that church. Irrespective of the specific issue, the bishops clearly were calling for constructive responses to these challenges so that they could be transformed into opportunities “to walk towards the fullness of marriage and the family in the light of the Gospel.”

At a Glance: Catholics in the United States

In October 2007, the Center for Applied Research in the Apostolate (CARA) at Georgetown University published the results of “Marriage in the Catholic Church: A Survey of U.S. Catholics.” CARA had been commissioned to conduct the study by the Committee on Marriage and Family Life of the United States Conference of Catholic Bishops.

Is your spouse Catholic?

The vocation and mission of the family in both the Church and the modern world is at the center of the Synod of Bishops. Test your own knowledge of the Church’s teaching on the family by answering the following: