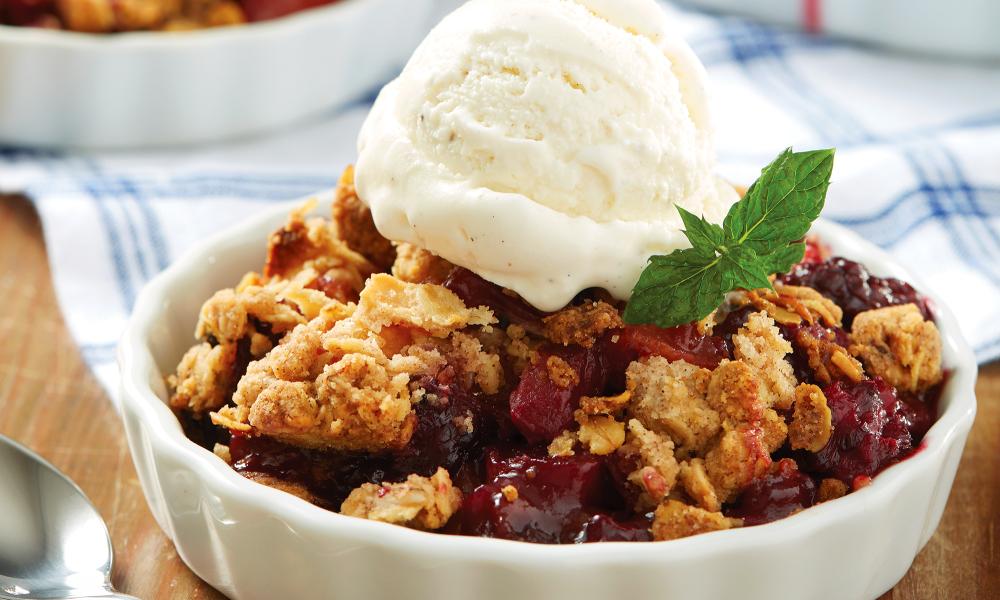 In Ireland and the UK, since the Middle Ages, tradition and folklore have surrounded the Feast of St. Michael the archangel, or Michaelmas. A well-known legend suggests that when Lucifer was banished from Heaven, he fell onto a blackberry bush. Upon falling into the thorny brambles, he scorched them with his fiery breath. He cursed and spit on the blackberries, making them bitter and unsuitable to eat. And he renews his curse annually, so if they aren’t picked on or before the feast day of September 29, they become unfit to eat.

For me, what immediately comes to mind are all the blackberry desserts one could make to celebrate this feast day! But surprisingly, traditional Michaelmas fare does not include any recipes that feature the fruit, despite their star role in the folklore referenced above.

During the Middle Ages, Michaelmas was both a celebration of harvest and a great religious feast in much of western Europe. The day was used to demarcate the change in seasons, and was more focused on farming and finances.

In England, the rent payment or autumn “quarter day” coincided with the feast day, and a fattened goose was given to the landlord, so it became custom to eat a roast goose dinner. In parts of Scotland, a flat scone-like griddlecake called ‘St. Michael’s Bannock’ was prepared and enjoyed to honor the archangel whom they revered. And in Ireland, finding a ring hidden in a ‘Michaelmas pie’ meant an early marriage!

While the pie may have included blackberries, since the fruit was plentiful before the harvest in that region, there is no historical record that proves it did.

But regardless of what was done in ages past, I’d like to bring the forsaken blackberries back into the mix and share a dessert that features them prominently. I mean, what a better way to celebrate the achievements of St. Michael the Archangel than to make use of God’s fruitful providence despite the devil’s best efforts to corrupt it!

So, with a nod to the Archangels and my wooden spoon in hand, I present ‘Michaelmas Blackberry and Apple Crisp’! This recipe is a hit with my family, and quick and easy to make. Just remember to add the vanilla ice cream. And always remember … use your berries on or before September 29th!

Combine the flour, sugars, salt, and cinnamon in a medium bowl. Gradually add butter slices and combine with a fork until it's well blended and the mixture crumbles with your fingertips. Set aside (or refrigerate until you're ready to use it).

In an 8” square, baking dish combine apples, blackberries and lemon juice. Add sugar and flour and gently toss until fruit is coated. Top the fruit with the crisp mixture and bake for 35-45 minutes or until the apples are tender and the topping is a light golden brown. Allow to cool slightly for 20-25 minutes. Serve warm with vanilla ice cream.