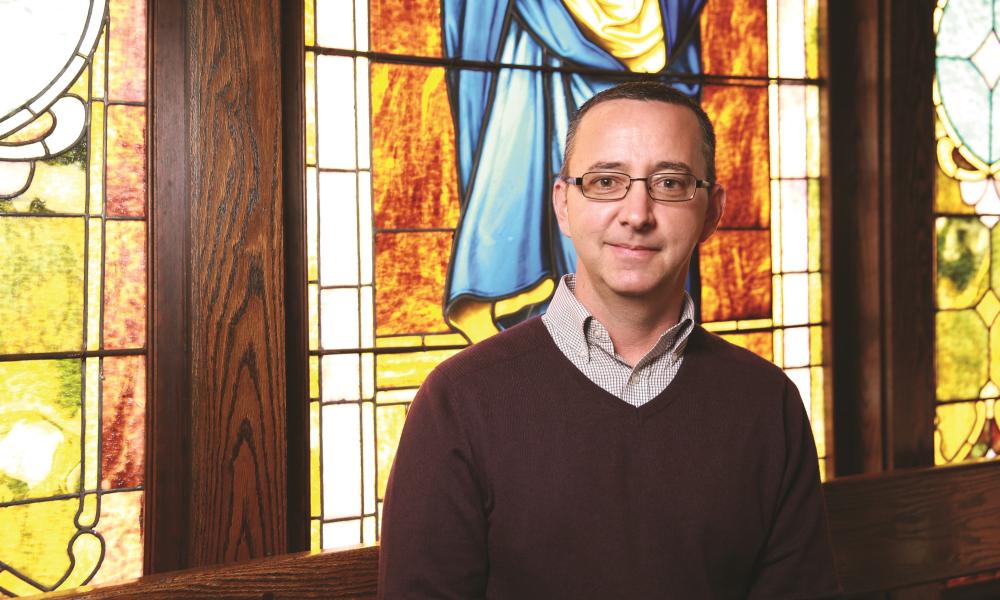 Men's conference for Tom is opportunity for spiritual growth

“When men get together in this type of environment, it’s bigger than just being together. It’s about practicing your faith, but also just feeling connected to other Christians in your community that maybe you didn’t know were there,” says Tom. “There is such power in the community, and if these conferences can reach just one man, and transform his life, they are successful.”

Tom and his wife attended a couples’ retreat at St. Francis Retreat Center in Dewitt close to 10 years ago, and during the spiritual exercises, he admitted to the conference’s leader he had serious doubts about his ability to pray, especially with his wife.

“I said to him, ‘You can tell me all you want about praying, but I don’t know how to do it. I don’t know what you mean about praying with my wife. I sit there. It’s uncomfortable. It’s not easy. I can’t do it.’

“Before we left the retreat, he brought everyone together, told us to look into our wives’ eyes, hold their hands in ours, and he took us through a single prayer so we knew how to do it. I thought that was incredible,” he remembers.

Tom continues: “But even then, and I know I’m not alone from hearing the stories of so many through the years, I was struggling with my faith. I was going to Mass, but I always left church thinking there had to be more. We can’t just attend Mass and then go about our lives. I wanted to be a better man for my wife, for my family, for my God – and so when I heard about the men’s conference, I told myself this was my opportunity.”

After attending a men’s conference in Detroit, Tom was hooked – hooked on the spiritual growth he walked away with, and the desire to continue to strive for greater development.

He then attended a men’s conference hosted by the Diocese of Lansing. Tom says that the individuals there came for many different reasons: “It’s kind of funny in a way. Many of us are faced with the same issues, dealing with some of the same problems, struggling to balance work and family, but when you ask why they came, you get so many different answers. I believe this is God’s plan. Just as iron sharpens iron, so does one man help to sharpen another man. I try to set a goal of leaving a conference with one thing to improve my life … sometimes that one thing comes from the guy sitting next to me instead of the conference speakers. We men are full of valuable life experiences. Sometimes it just takes sharing with another man to improve another’s life.”

“The Holy Spirit is in all of us, but if we don’t plug in and turn it on and mix it up, we’re not going to see that Spirit within us. And getting together with other men is a great way to become engaged.”

Tom is looking forward to joining the upcoming Diocese of Lansing Men’s Conference in February.

The 2017 Man Event will be held on February 25 at Our Lady of Fatima Parish in Michigan Center. More information concerning the event can be found at www.themanevent.org