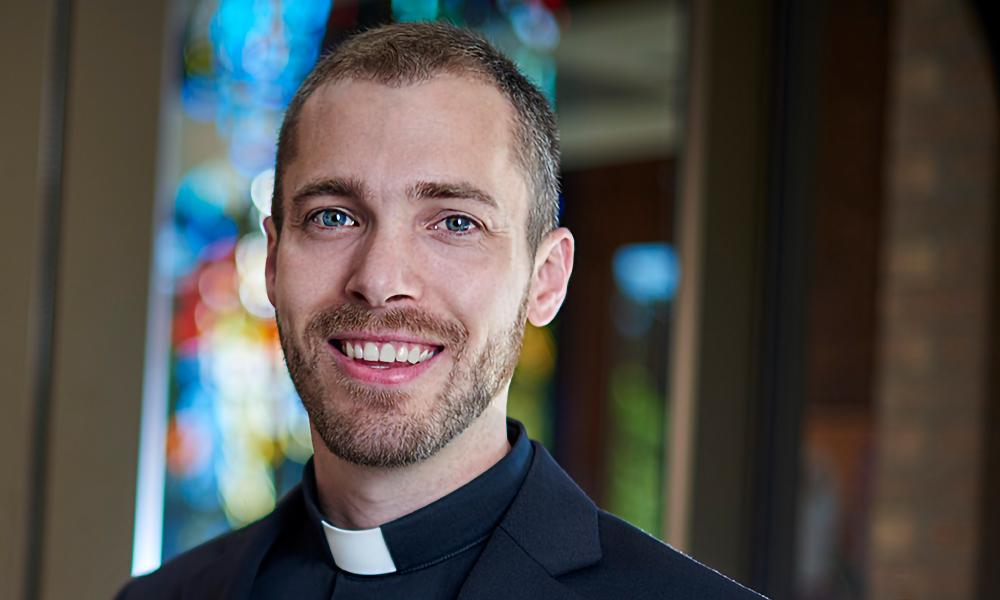 Brian Lenz grew up in St. Martha Parish in Okemos, and credits his parents as those who most influenced his decision to become a priest. He is grateful for his call to the priesthood, and the chance to serve God.

How did you know you were called to the priesthood?

I was 17 when the idea of priesthood first came to me, but at the time I hoped to eventually just “grow out of it” and move on. Alas, that didn’t happen – it persisted throughout college, even as I moved in a different direction and pushed the idea aside. I was happy in many ways, and yet, deep down, the question of priesthood remained undeniably unresolved.

Was there a single person who greatly influenced your decision to become a priest?

Not one but two: my parents. I learned from them what love of God looks like and how a life of faith shapes the way we make decisions. They taught me by their example that nothing in the world is worth more than the happiness God desires for us.

What message would you pass along to those who want to serve God, but do not know how?

Serving God begins by knowing him. This is great news! When we want to serve God but don’t know how – and even when we do – our single most important task of service is living in God’s presence.

How has being a deacon influenced the type of priest you will be?

The day after my ordination, when I read the Gospel at Mass as a deacon for the first time, I nearly wept. In some ways, that has been a paradigm of my diaconal ministry – not the weeping part, of course, but the awareness of such a great gift received, which gave rise to those tears of gratitude. I hope God will make me a priest who is always grateful.

What advice do you have for those discerning a vocation?

Your vocation is as unique as your fingerprint – it is God’s individual plan to be glorified in you personally. Thus, more than anything, your vocation is about a relationship. And the best discernment tool we have is prayer.