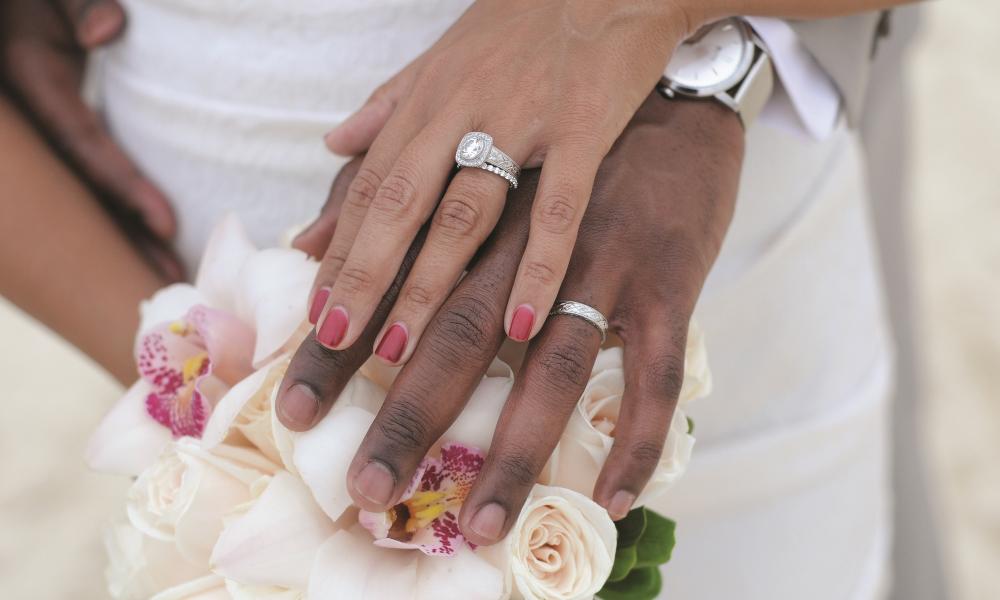 The Meaning of Marriage

A great debate is currently raging in the United States over the meaning of marriage. Contraception, divorce and cohabitation all have presented formidable challenges to the institution of marriage, which was already under heavy attack by economic and social forces. Now, the relatively new issue of same-sex unions has emerged. In the face of all this, what does the Church have to teach us about the true nature of marriage?

Both a natural institution…

The Catechism of the Catholic Church (1601) states this about the marriage covenant:

“... by which a man and a woman establish between themselves a partnership of the whole of life, is by its nature ordered toward the good of the spouses and the procreation and education of offspring.” As such, it is a natural blessing arising from the natural order of creation for all humanity in all times and cultures.

It is true that the institution of marriage has gone through many variations in different cultures, social structures and spiritual attitudes throughout the centuries. However, while a natural institution, marriage is not purely a human institution. “The intimate community of life and love which constitutes the married state has been established by the Creator and endowed by him with its own proper laws ... God himself is the author of marriage.” (1603)

In the 2009 pastoral letter, “Marriage: Love and Life in the Divine Plan,” the United States Conference of Catholic Bishops (USCCB) reiterates that this natural institution is a gift. The “gift of marriage is something we receive, not something we construct or change to fit our purposes. It is a firm foundation, a truthful guide, a trustworthy light for the way.”

Because marriage is from God, the U.S. Bishops teach that it is endowed with certain essential attributes, without which it cannot exist as God intends. Among these attributes are exclusivity in the relationship between one man and one woman until death that cannot be dissolved by the simple will of the spouses; marriage as the foundation for the family; conjugal love, the love proper to marriage, as present in the commitment to the complete and total gift of self between husband and wife; the clinging together of husband and wife as one flesh in complementarity; and the formation of a unique communion of persons.

The U.S. Bishops further assert that marriage is not only crucial to society on a natural level, because it forms its foundation, but that it is also crucial to the Church on the supernatural level. “Through baptism, men and women are transformed, by the power of the Holy Spirit, into a new creation in Christ. This new life in the Holy Spirit heals men and women from sin and elevates them to share in God‘s very own divine life. It is within this new Christian context that Jesus has raised marriage between the baptized to the dignity of a sacrament. He heals marriage and restores it to its original purity of permanent self-giving in one flesh (see Mt 19:6).”

By revealing his own love as the perfection of all love, Jesus reveals the deepest meaning of all marital love: self-giving love modeled on God‘s inner life and love. Thus, the meaning of marriage, specifically and universally, is only fully accessible when we are open to accepting the transcendent meaning of marriage according to God‘s plan.

It should come as no surprise that the USCCB sees the proposition that persons of the same sex can marry as one of the most troubling developments in contemporary culture: “This proposal attempts to redefine the nature of marriage and the family and, as a result, harms both the intrinsic dignity of every human person and the common good of society.”

Because same-sex unions are incapable of achieving either the unitive (lack of complementarity) or procreative (closed to life) ends of marriage, making them equivalent to marriage disregards the very nature of marriage. By attempting to redefine marriage to include or be made analogous with homosexual partnerships, the U.S. Bishops maintain that, “[S]ociety is stating that the permanent union of husband and wife, the unique pattern of spousal and familial love, and the generation of new life are now only of relative importance rather than being fundamental to the existence and well-being of society as a whole.”

Nor is it a violation of justice to deny the validity of same-sex unions. In 2003, the Congregation for the Doctrine of the Faith, in Considerations Regarding Proposals to Give Legal Recognition to Unions Between Homosexual Persons, stated, “Today, advocacy for the legal recognition of various same-sex relationships is often equated with non-discrimination, fairness, equality and civil rights. However, it is not unjust to oppose legal recognition of same-sex unions, because marriage and same-sex unions are essentially different realities. The denial of the social and legal status of marriage to forms of cohabitation that are not and cannot be marital is not opposed to justice; on the contrary, justice requires it.”

All this is to say that since marriage comes from God, not from the state or the Church (though both institutions regulate its practice), neither the Church nor the state can alter the meaning and structure of marriage in such a way as to grant equivalent status to same-sex unions.

The key to understanding the Church’s view of marriage can be found in the two fundamental ends or purposes towards which it is oriented: the good of the spouses and the procreation of children. This means marriage is inseparably unitive and procreative.

It is unitive because the human body, by its very nature, is directed to relationship, as it is only in relationship that we achieve a true wholeness as a communion of persons. God established marriage precisely so that man and woman could participate in his love and, thus, selflessly give themselves to each other in love.

It is procreative because the nature of love is that of overflowing, of being life-giving. Marriage, then, is meant for not only growing in spousal love, but for transmitting life. In fact, children are the crowning glory of a marriage.

Both these meanings are inseparable. The U.S. Bishops explain, “[T]he principal and original self-gift is the unitive, mutual self-gift of the spouses to each other. In their marriage promises, the spouses pledge love and fidelity for as long as they live. The transmission of life is a sublime, concrete realization of this radical self-gift between a man and a woman. The mutual married love of man and woman becomes an image of the absolute and unfailing love with which God loves man[kind], because, as mutual self-gift, it is at the same time creative self-gift. The unitive and the procreative meanings of marriage are joined because they are two aspects of the same self-giving.”

Those interested in learning more about the Church’s teaching on marriage or in resources for strengthening their own marriage should visit the USCCB website at www.usccb.org. There, one can find Vatican/papal statements, U.S. Bishops’ statements, Catholic marriage and family life associations and movements and other resources.

In addition, there is a special website set up by the USCCB specifically for married couples called “For Your Marriage” at www.foryourmarriage.org.

The Diocese of Lansing provides information for men and women who are attracted to same-sex individuals. Bishop Earl Boyea supports these programs through the diocesan office.

Courage is a spiritual support group that helps Catholic men and women live in accordance with the Church’s teaching on same-sex attraction. Courage members strive to develop lives of chastity in union with Christ.

The EnCourage Support Group is primarily for parents, but siblings and spouses also can attend. Confidentiality is important to both groups.

For more information on the meetings, or to discuss the issue of same-sex attraction, contact the diocesan office at 517.342.2596 or email caverart@comcast.net. – Jan Hoffbauer