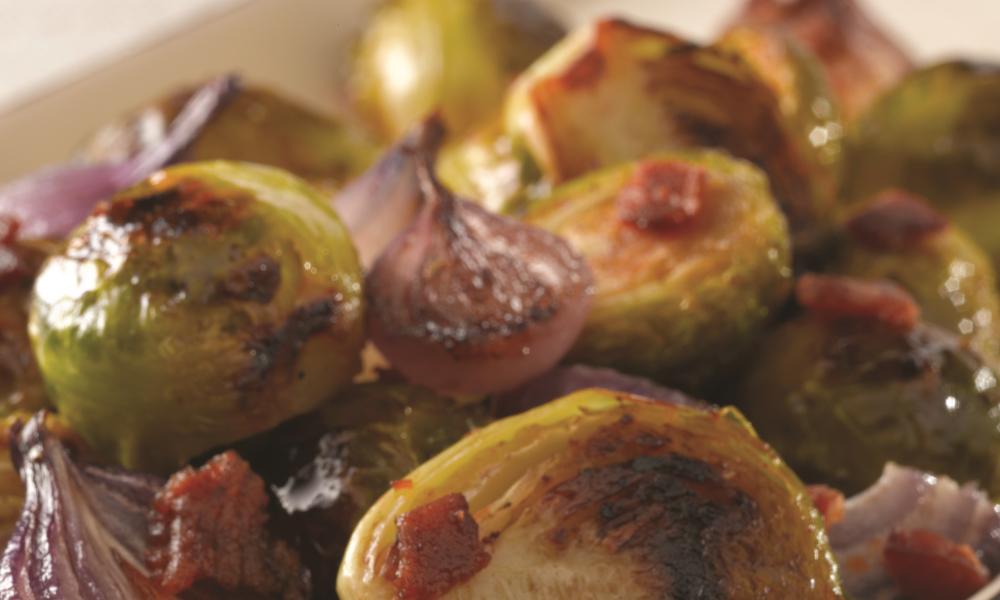 For the longest time, Brussels sprouts have gotten a bad rap. We are haunted by childhood memories of choking them down at the dinner table in order to get our dessert. They’ve been the antagonists in countless TV shows, dating way back to the 1950s. (Remember the episode of Leave it to Beaver when Beaver hid them in his pocket?) Let’s face it, Brussels sprouts and kids are natural enemies. Mongoose and the snake. Water and electricity. Kids and Brussels sprouts …

While I had a typical relationship with Brussels sprouts as a kid, I actually enjoy them now – if they are prepared in a tastier and more creative way. But I can’t help seeing a metaphor here, and it has to do with God’s laws. As we get older, the things that seemed so anathema to us as children develop an appeal. I don’t really eat Brussels sprouts as an adult because I now love them so much. I eat them in large part because I know they are good for me. And knowing something is good for us makes it more, well … appetizing.

God’s laws work that way, too. At first they can seem like a bunch of rules designed to make life less appealing and tasteless, like poorly prepared and overcooked Brussels sprouts. But, after time, as we mature, we realize the extent to which those laws, in the end, protect us and make life more joyful. The laws themselves become a thing of beauty.

The Fourth Commandment says to honor thy mother and father. Why did God need to tell us that? He only gave us Ten Commandments. Seems interesting that he would use up one whole commandment on telling children to do what their parents dictate. Perhaps God knew parents were going to cook soggy Brussels sprouts. As kids, it seems the Fourth Commandment tells us to honor mothers and fathers because, well, “I am God and I said so.” But as we get older, with the benefit of experience and age, we comprehend the wisdom in our parents’ instruction. We realize it’s not just because “he said so,” but also because he knows what is good for us. As adults, we cherish and seek the counsel of our parents and we honor them, not simply because we are told to, but because it seems so natural and, like Brussels sprouts, so good for us.

I don’t expect my kids will obey me all the time each day, even though they have been taught the Ten Commandments. But I do expect that, with time, many things will become more tasteful to them, because they will come to understand the beauty and value in what those things offer.

Oh, and while we’re on the subject, even though we moms may invoke the Fourth Commandment from time to time to get children to eat their Brussels sprouts, I don’t mind sharing a recipe from modern cuisine that helps reduce the whining when dinner includes our children’s “natural enemies.”

Fresh Brussels sprouts are in season late summer to early fall. If you are using frozen ones, make sure they are thawed first. Oven roasting will crisp them up.

Preheat oven to 400 degrees. Toss Brussels sprouts, sliced onion, bacon, extra virgin olive oil, salt and pepper in a large bowl. Lay flat and evenly spread out on a baking sheet. Roast for about 25 to 30 minutes, or until tender and medium golden brown on the edges (and the bacon is cooked). Give the pan a shake or flip sprouts with a spatula halfway through roasting. Place in a serving dish and drizzle balsamic vinegar over the top. Give sprouts a final toss just before serving.