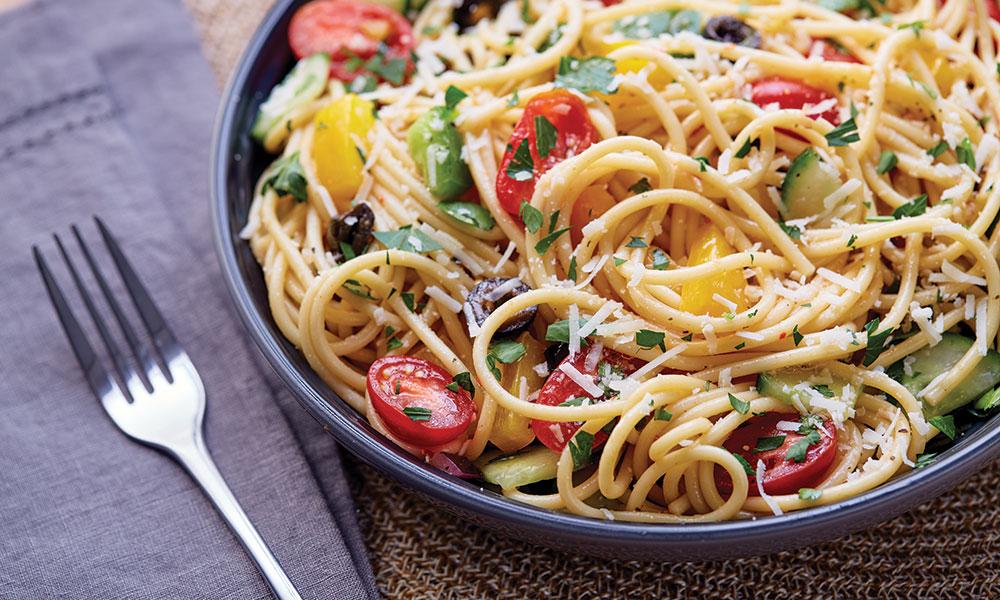 I learned recently that there is a formal prayer one can say to St. Anthony, calling upon his intercession to help locate a lost article. Applying to it my quest to find a missing recipe I had misplaced not long ago, it would read like this:

St. Anthony, perfect imitator of Jesus, who received from God the special power of restoring lost things, grant that I may find (my pasta salad recipe) which has been lost. At least restore to me peace and tranquility of mind, the loss of which has afflicted me even more than my material loss. To this favor I ask another of you: that I may always remain in possession of the true good that is God. Let me rather lose all things than lose God, my supreme good. Let me never suffer the loss of my greatest treasure, eternal life with God. Amen.

Of course, in my moments of frustration and angst when I’m trying to find something that is missing, my prayer is not typically so eloquent. I find myself using a “truncated version,” which is more like this: Where the heck is that dang thing! Come on. St. Anthony, you gotta help me out here. Amen.

If that sounds too colloquial, it is not for lack of respect. I love St. Anthony dearly. He comes through about 90 percent of the time, and I depend on him so frequently that he and I have developed a special understanding.

I think it’s safe to say that most Catholics have cried out to our beloved St. Anthony when losing something at one time or another, right? And I’d wager that most would agree with its efficacy. He’s very good at what he does. But have you ever wondered why he’s the patron of lost items?

This actually goes back to an incident in his own life, when Anthony noticed that his psalter (Book of Psalms) was missing. He fervently prayed to God that it would be found. As it turns out, a novice who had left the community had taken it with him. After Anthony prayed, the novice was moved to return to the community along with his psalter.

St. Anthony was born Fernando Martins de Bulhões in Lisbon, Portugal, in 1195. His parents, of nobility and wealth, wanted him to be educated at the local cathedral school, but Anthony entered community life and studied theology instead. The martyrdom of five Franciscan friars, whom he’d met, inspired him to join the Franciscan Order. In anticipation of his new vocation, he headed to Morocco but fell ill, so he journeyed to Italy, the epicenter of his new order.

While attending an ordination, he was unexpectedly called upon to give the homily. The sermon was so powerful, it changed the course of his ministry and even gained the attention of St. Francis (of Assisi). He went on to preach the Gospel in northern Italy while also teaching theology. He assumed more responsibilities and was appointed provincial superior, all while finding time for contemplative prayer in humble Franciscan fashion. In 1231, he became ill and died at age 36 in Padua. His feast day is June 13.

As it turns out, I didn’t find my recipe in time for my gathering. Maybe I should have paused to employ the longer formal version of the prayer. But the replacement recipe idea that I found, along with a few additional ingredients of my own, tasted even better than the original lost recipe. It was an Italian version I had never tried before. Maybe that was how he answered my prayer after all … by asking the Lord to find me something better than what I had actually lost! St. Anthony is a miracle worker!

1 pound spaghetti (or any pasta)

Salt and pepper to taste

In a large bowl, toss all ingredients to combine. Refrigerate for 1-2 hours before serving.