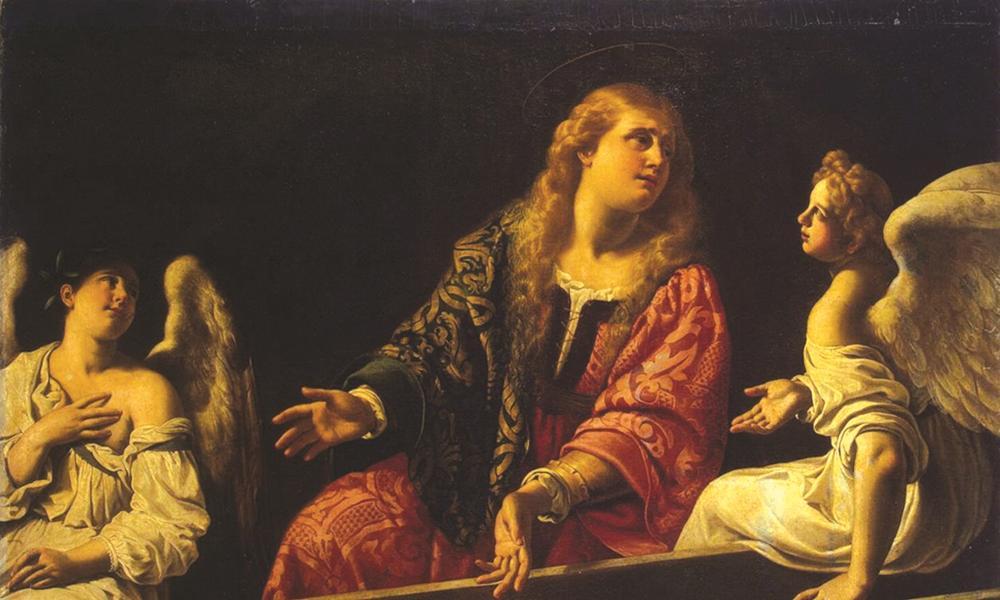 Lectio Divina - Praying Through the Year With Scripture

First let’s make sure we understand what is going on in this passage. John the Evangelist wants to make sure we don’t miss the blessings, and especially the increase of faith, that God wants to give us through these spirit-filled words. The grace from this passage can actually touch your mind and your heart and bring about a genuine increase of faith, confidence and courage.

So read carefully and ponder …

Setting the scene. The disciples, both men and women, have gone through a traumatic experience beyond description. They watched the one they love, the one to whom they have dedicated their lives, be falsely accused, mocked, scourged, beaten beyond recognition and then thrown on wood planks and nailed to a cross.

Let’s think about this from a human perspective for a moment. What it would be like for you if this were your earthly father or brother or son whom you dearly love? You have to stand there and listen to the blaspheming, witness the torture and be utterly helpless to change the situation.

The only thing you know is that you cannot walk away or hide. Can you imagine the shock to your system, the agony, the grief? These are the circumstances under which they take Jesus from the cross, bury him and go home because of the coming Sabbath.

Mary Magdalene discovers the empty tomb. Yet early the next morning, perhaps with no sleep, Mary Magdalene rises and goes directly to the tomb to weep and to mourn the loss of the one who had saved her from death and told her she was forgiven. When Mary arrives, she sees that the stone was removed. This is no little stone — it was a very large boulder to cover the entrance to the cave. Who moved it? How could this have been done? And what has happened to his body? So Mary Magdalene runs to Simon Peter and to John. She must have cried out in anguish – “He is gone! His body is gone! Where did they take him?”

Peter and John arrive. Peter and John hear her lament and begin to run toward the tomb. When John arrives, he does not go in until Peter arrives and goes in first. (Do you see in that short verse the respect being given to Peter because he knows Jesus called him to lead the apostles? Even in the shock and anguish of the moment, John defers to Peter.)

When Peter arrives, he bends down and sees two things: that the burial cloths were in one pile and then, in a separate place, was folded the cloth that covered Jesus’ head. There is no indication about what Peter and John said to one another — the questions; the puzzlement. Perhaps nothing needed to be spoken. They would have recognized that the separate folding of the cloth that covered Jesus’ face indicated a respectful set of actions, a reverence for the burial cloths. Scripture tells us only that John saw and believed.

While they did not yet fully understand the Scripture, this passage tells us that John believed – something unexplainable had happened and John, perhaps, sensed more deeply – this missing body and the circumstances around it were further signs that Jesus was the Messiah.

Look at the whole scene here. Follow how Peter, John and Mary Magdalene react and respond through the Gospel account of that incredible week. See how each of them through the passing hours came to recognize that Jesus is risen from the dead.

Jesus is the Son of God! He lives, and his death makes it possible for me to live with him through all eternity. May you and I become his followers more closely, his disciples more deeply. Take some time each day in this Easter Week to ponder God’s love for you — that he literally laid down his life for you so that you can live forever with him in heaven. May our faith and our hope increase! 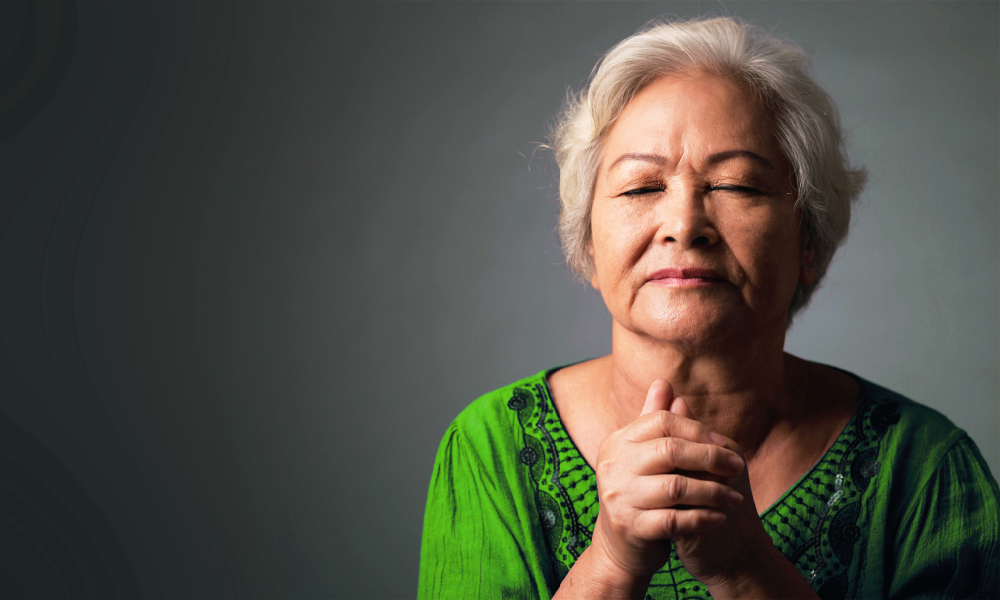 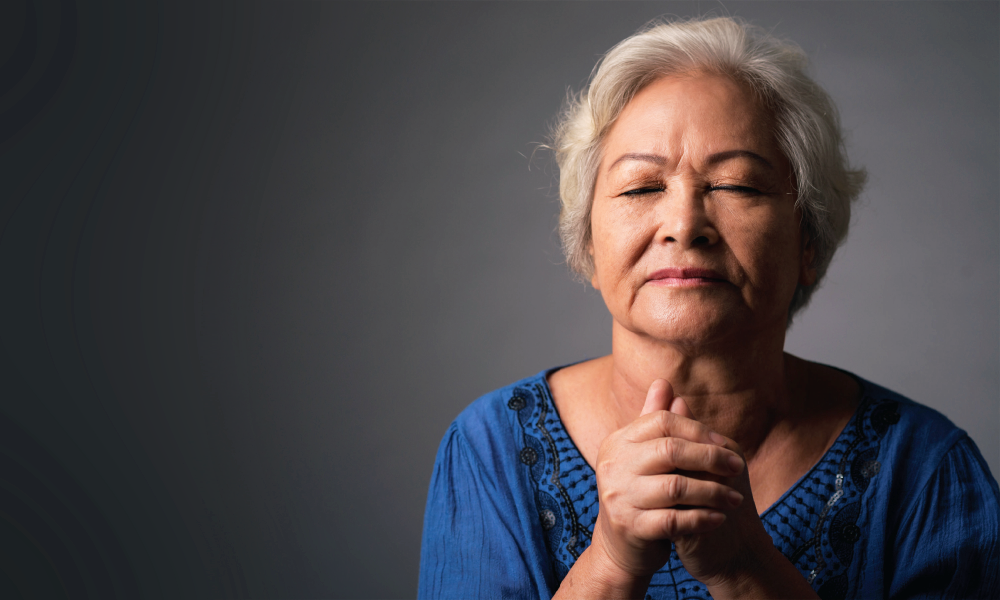 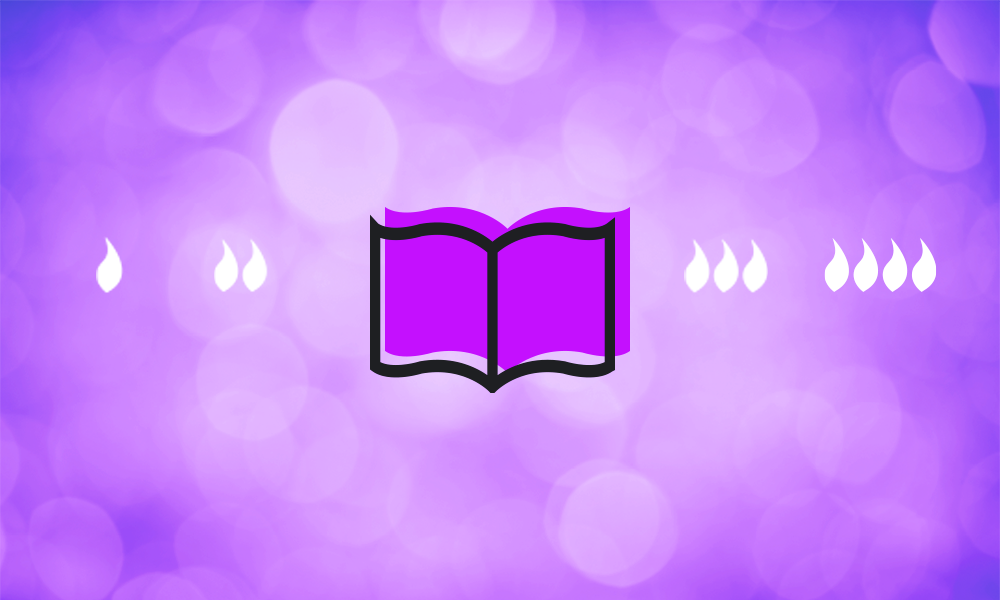