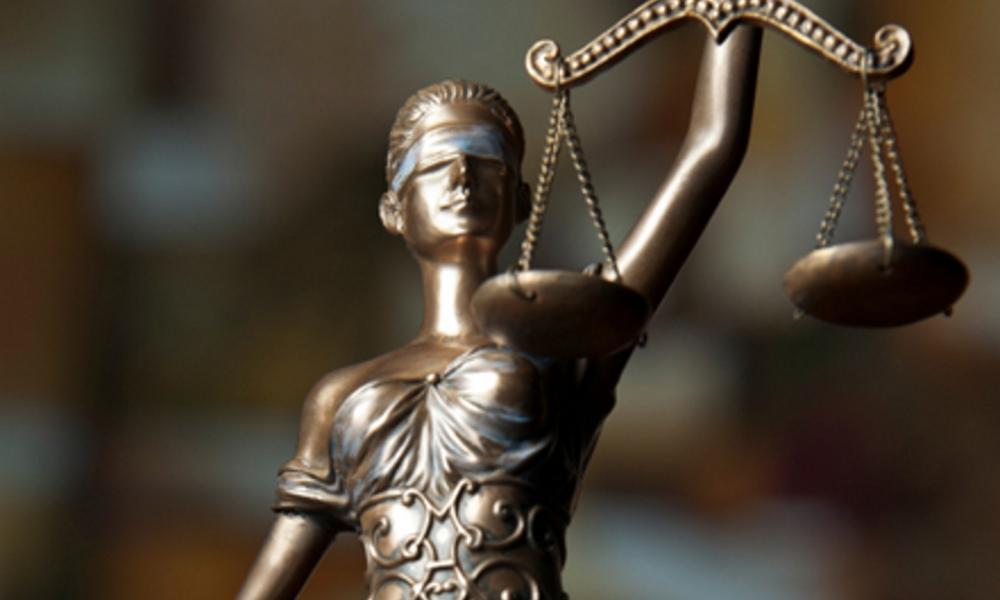 The symbol of Justice is found on the façade of our U.S. Supreme Court and on many of our courthouses. It’s the image of the ancient goddess of Justice, a blindfolded woman holding scales with one hand and a sword (the sword of the state’s power) in the other.  It is telling us that Justice impartially weighs the rights and duties of one party to a conflict as against the rights and duties of the other. Before the power of the state can be applied there must first be a trial in which the relative claims and merits of both parties are impartially weighed.

The symbol also is telling us that there must be a restoration of balance so that the grievance of one party is met by the restitution of the other in order that rights and duties of both can be restored to what they were prior to the trial. This brings into play another factor, namely the question of restitution.

As Christians, we believe that God is infinitely just and, at the same time, infinitely merciful. How does God put those two transcendent values together? The answer to that question has taxed the minds of legal scholars, philosophers and theologians for centuries. Added to the mix is the question of what constitutes fair and adequate restoration of rights and duties?

It’s a good thing there is a God because some of the legal conflicts we have faced from time to time have seemed insoluble. But, as Christians, we have faith. We believe that God, and sometimes only God, can blend all of the elements together in infinite fairness. That is one of the reasons why the founders of our nation wrote our Declaration of Independence and our Constitution appealing to God for the guidance in determining how we should, as Americans, relate to each other in fairness and with justice.