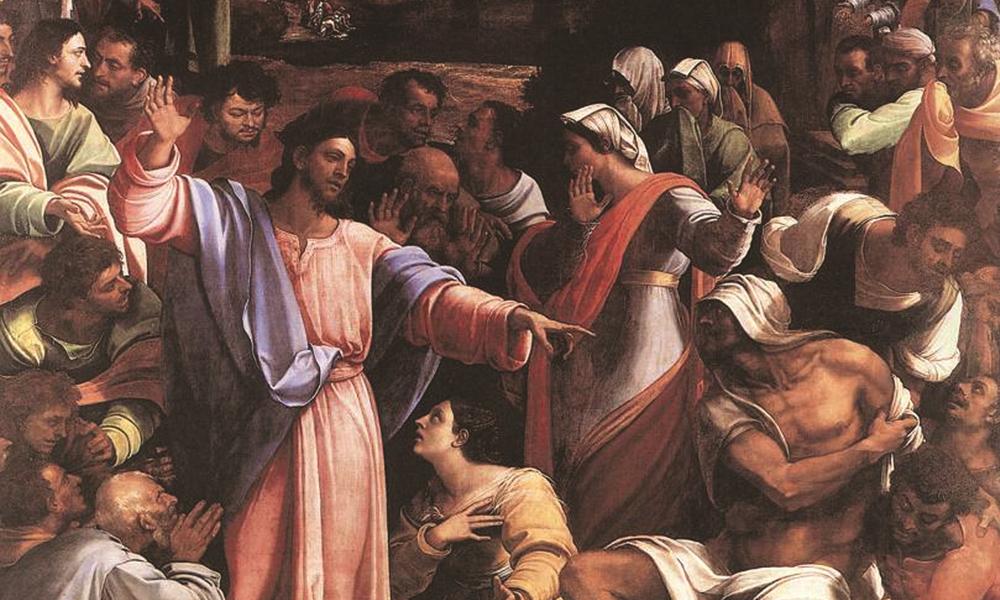 Jesus as the Word. Why is that one of his titles?

This year, FAITH is exploring Christology – the study of Jesus Christ. We asked several eminent seminary professors some questions about Jesus. Their answers are enlightening and thought-provoking.

Jesus as the Word – Why is that one of his titles?

FAITH: What does John mean when he calls Jesus “The Word”? How is that relevant to us?

Father Stevens: There are so many ties to the Old Testament in this. The Jewish people became a nation after the Exodus, but it took more than just this event. The absence of slavery is not freedom. People need a shape, a form for their lives. The Torah did this for the Israelites – it gave them the Word. The giving of this word establishes the people. The Jewish imagination moved from that experience to the recognition that everything came from the word, debar. We are not created out of God’s struggle with demonic forces, not a people built on the body of a slain dragon, but rather the loving creation of God’s spoken word. Whenever God speaks, he creates something new. When he speaks to a prophet, that person becomes a prophet. The word from which everything came is not an impersonal word – it is the Word, the son of God.

Father Acklin: There are three personifications of God in the Old Testament: word, wisdom and spirit. They are not yet fully revealed as persons. The Word, as we find out in John’s Gospel, is the son of God. Through him all things are made. In the Old Testament,the spirit of the Lord descends upon a prophet or king. But in the New Testament, it is revealed that the Holy Spirit and Jesus are individual and divine persons. John makes it particularly clear that the Word is the Son who comes from the Father. This is the mystery of the Trinity – God is, in himself, a communion of love. Our one God is a communion of three individual hypostases. There are three individual divine persons, whose self-giving love to each other is totally given to the other in their respective ways: the Father eternally begetting, the Son eternally begotten and returning all to the Father, the Spirit saying nothing he does not hear from the Father and Son. The interpenetrating love is so total that they are perfectly one.

Father Muller: This particular identification of Jesus only occurs in the prologue of John’s Gospel. It contains the echoes of the Old Testament’s constant refrain: The word of the Lord came to Jeremiah, to Isaiah, to all the prophets. If you look at the Septuagint, the Greek for that Old Testament experience is translated as, “The word became.” It’s that language that John picks up in his Gospel. In saying this, I differ from what some older scriptural exegetes saw: an infusion of Hellenistic philosophy. I think John is summarizing and integrating the Old Testament in his reference to the Word. “The Word became flesh’ is an interesting statement, because the first mention of flesh in Scripture is the story of Adam and Eve – “flesh of my flesh and bone of my bone.” It’s as if John is saying that Jesus entered into a nuptial relationship with his people.

It means to draw out meaning from a text. Exegesis attempts to explain scriptural passages. An exegete is one skilled at exegesis.

Athanasius was the patriarch of Alexandria in the fourth century.

Arianism: Jesus not human or divine

This is the granddaddy of the early church’s heresies about the nature of Jesus Christ. It was pervasive, with a huge following – some scholars think it almost carried the day. Arianism is a system of thought based on the teachings of Arius of Alexandria. Arius believed that God the Father embodied the only true divine nature. He was too pure to appear on earth – and so he created Jesus as the first and best of all things in the cosmos. Like the adoptionists, Arius held that the Son was not of the nature of the Father, he was adopted. Some of his followers also believed that the Son created the Holy Spirit in the same way.

This heresy occasioned the first great ecumenical council, that of Nicea, in 325, where Arianism was condemned. Its chief opponent was St. Athanasius. The statement of beliefs that was developed at Nicea is recited the world over at Sunday Mass – it is called The Nicene Creed.

The fish is probably the oldest symbol used by the early Christians. The symbol derives from the letters of the Greek word for fish, ichthys, which are the first letters of the statement, Iesous Christos Theou Ouiou Soter (Jesus Christ, Son of God, Savior).