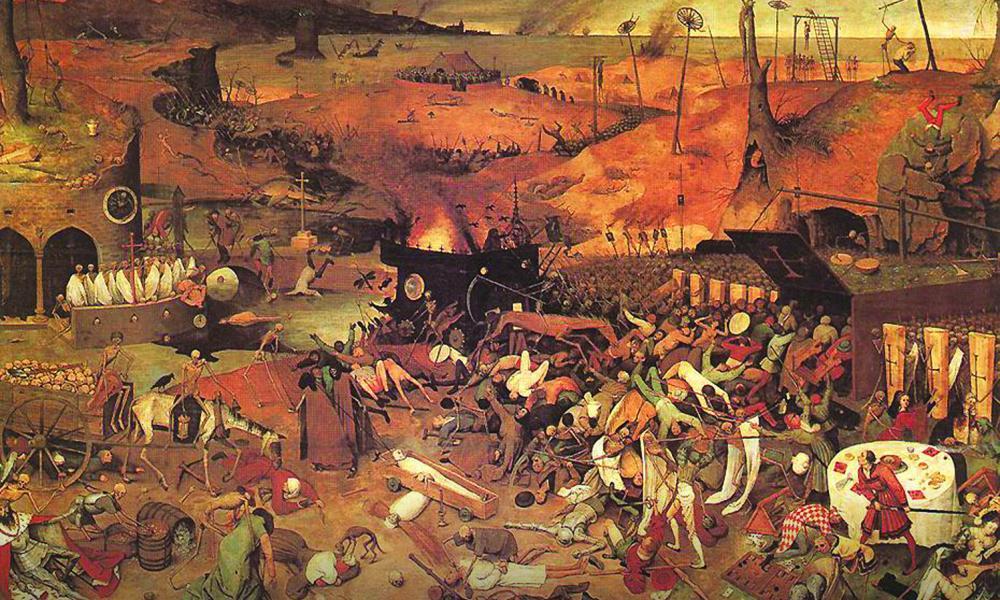 Is It God's Fault? How Does God Influence?

How does God influence events in human history? If we credit him when things go well, shouldn’t we also blame him when they go wrong?

Father Stevens: This brings up a whole host of questions. When things go wrong in our lives, who’s to blame? For the most part, Scripture just doesn’t deal with these questions. In a sense, that is one of the messages of Jesus:Assigning blame is not a huge priority of his. He just doesn’t speak about this. I think it’s interesting that when he answers the question about the people who were killed by the falling tower at Siloam, he makes it clear that they were no more guilty than any others. (Lk 13:4)There’s a certain kind of humility we have to attend to this – that we are dealing with a great mystery, the mystery of suffering. It’s not just that we can’t answer this question; it’s that it’s almost offensive that we even attempt to try.

Father Schoenstene: God is involved in human life to such a degree that he became one of us. He is obviously interested in who we are and what happens to us.There are a number of causes – he can directly cause as he does in creation. There are also big things like the law of gravity and small things like today’s weather that are indirect causes. Sometimes there is a direct intervention by God and we call that a miracle. Sometimes life just takes its course and we take it as it comes

Then how does God influence our daily lives?

Father Stevens: Through every aspect that he made. He influences the course of events;we believe in the Lord of history. We do believe that time is ultimately under the influence of God. Time is not merely a random series of events, but it is providential. It is a drama that is unfolding to us that he has established. He works and influences through the creative things that he has made – through matter. He also endowed us with spirit, with souls, with the depths of our hearts. He gave us minds. All these things which come from  God – everything – are also means by which God acts. They are also the means by which God reaches out from his world and draws us into his world. That’s part of being Catholic – we believe that matter matters!

Father Schoenstene: We can choose or reject God. But in a strange way, God uses what people choose to do for his own purposes. This is a paradox. Although God respects our free will, he is working everything toward a purpose.Christians believe in eternal life – and everything is working toward that. A lot of daily events are sort of bland, but sometimes accident and illness occurs and we say it’s bad. Sometimes, however, we may look back later and see that God opened many doors out of something that seemed bad.

a.  that humanity is implicated by the personal sin of Adam, which was transmitted to all mankind?

b.  that Adam condemned humankind by his bad example, and that we can save ourselves by our good actions, assisted by the grace of God?

If you answered b, you may have fallen into the heresy of Pelagianism, which teaches that there is no such thing as original sin. The Catechism of the Catholic Church states that “Adam had received original holiness and justice not for himself alone, but for all human nature. By yielding to the tempter, Adam and Eve committed a personal sin, but this sin affected the human nature that they would then transmit in a fallen state. It is a sin which will be transmitted by propagation to all mankind, that is, by the transmission of a human nature deprived of original holiness and justice.” (CCC404)

Where in the world …

These five towns were destroyed by God for their wickedness. They were called “cities of the plain” because they were located on a plain of the Jordan River, near the border of Canaan. Abraham’s nephew, Lot, made his home in the most famous of these towns, Sodom. When Lot and his family escaped the destruction being wrought by God, Lot’s wife looked back at their former home and was turned into a pillar of salt.

What are these five towns named?

The number 7 is a symbol of all association with God in Judaism: The candlestick had seven lamps, the Sabbath is the seventh day, and the Sabbatical year is the seventh year, and the Jubilee is based on the number 7. Thus, Jesus’ command to forgive 70 times seven is an allusion to holy Jewish numbers.

Philosopher of the month

Prior to studying theology, seminarians study philosophy, which is defined as “the love of wisdom.” Many great theologians have thoughts rooted in pre-Christian philosophers, and we are going to profile some of them in this series.

Who was he? Plato was a Greek philosopher and mathematician who is believed to have been a student of Socrates. He was the son of Ariston and Perictione, who was a relative of the famous poet Solon. Plato’s original name was Aristocles, but he got the nickname Platon, or broad, from his wrestling coach.

What did he do? Plato wrote a number of philosophical dialogues and founded the Academy of Athens, which was the earliest organized schools in the West. He presented his philosophy in a series of dialogues between other characters, as if Plato overheard a conversation in the marketplace. Some of the more famous dialogues tell the story of Socrates’ philosophy and death, and much of Plato’s philosophy is conveyed through the words attributed to Socrates. The best known dialogue is probably the Republic.. One of the most common attributes of platonic thought is that the material world represents a shadow of the true world, and that few are able to climb out of the cave of ignorance that comprises the world of the senses.