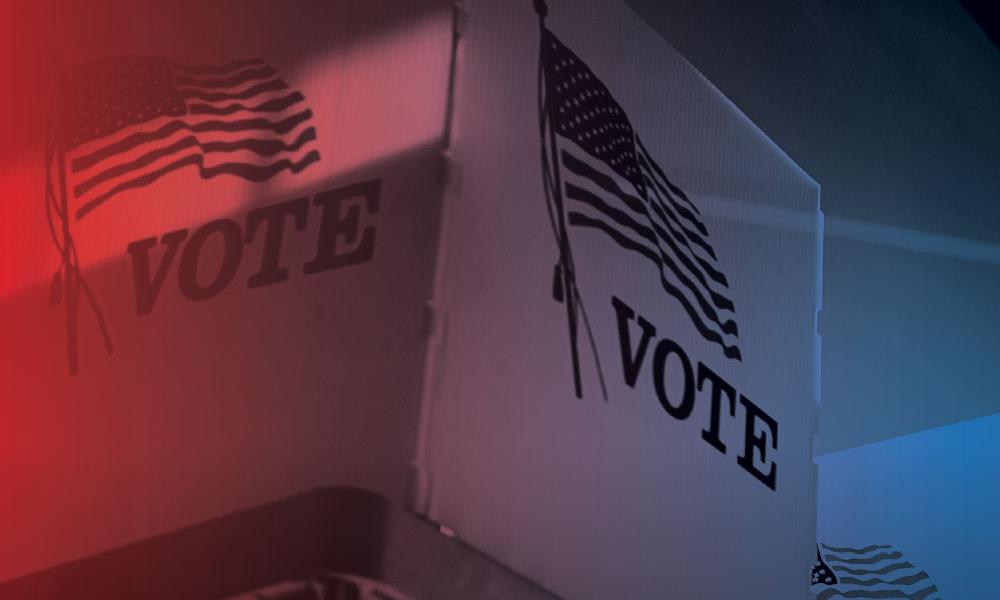 The issues, the candidates, and your vote 2020

This year, Michigan voters have the privilege and freedom to participate in the greatest exercise of democracy by voting for candidates who have come forward to serve their communities. Tuesday, November 3, 2020 is Election Day, where the following offices—from the local township hall to the president of the country—will be decided:

By Election Day, most Americans will likely have become exhausted by candidates, commentators, and political operatives who promote partisanship, division, fear, and name-calling. While running a campaign should be an opportunity for candidates to share their talents and abilities, past elections have led many to disengage from the political process, even though elected officials will have a significant impact on local neighborhoods, schools, and services. In the days and weeks leading up to the election, Michigan Catholics have the responsibility to consider how they can best serve their communities through election choices and contribute to a climate of civility in the face of divisiveness and disagreement. In fact, Catholics can play a large role in returning civility and respect to the political process.

During the election, and perhaps just as importantly in their daily lives, Catholics are reminded to allow their faith to guide their politics. The principles of faith that govern one’s daily life should also guide political viewpoints, and when necessary, “transform the political party...to which [he or she] belongs.”1 Rather than considering what a certain party would do, Catholics have the opportunity to ask:

This focus publication will examine the role of conscience formation and civility in the 2020 Election and provide questions and thoughts for consideration before Michiganders cast their ballot. It also offers insights from the lives of several Catholic saints, whose examples in public life teach the importance of courage, faith, and a love for others.

ISSUES TO CONSIDER BEFORE VOTING

Catholics are called to consider a wide range of issues important to the common good before voting, weighing each according to its moral importance. During this process, it is beneficial to research the ballot ahead of time, gathering the facts for every question or candidate. The paragraphs below offer information about Catholic teaching, questions to assist voters in evaluating candidate positions or political party platforms, and a list of relevant saints from whom believers can learn before casting their ballot.2 Consider using these tools for prayer and reflection during the conscience formation process.

From the moment an individual is conceived until his or her natural death, that person possesses dignity as a human being made in the image and likeness of God. Together with the frail and elderly, the handicapped and marginalized, the dignity of all human life must be protected, beginning with the unborn child in the womb. Rampant gun violence, maltreatment of the sick and disabled, and the loss of over 60 million children due to legalized abortion illustrate the need for a more just and violence-free society.

The constitutional freedoms that permit Americans to practice their faith freely and prohibit the government fromintruding in religious life are among the foremost principles of the American experiment. This election season reminds us that these sacred principles are no longer paramount to some in the political and civil arena. Elected officials are thus urged to reinvigorate religious liberty for all, thereby promoting peace, understanding, and service to others in the public square.

St. Gianna Beretta Molla—an Italian physician—is the patron saint of unborn children. During her fourth pregnancy, St. Gianna chose not to undergo a procedure for her health that would have resulted in the death of her unborn child. She delivered a healthy baby but died from postoperative complications. Her bold decision to put another life before her own is an example of extraordinary and courageous action to protect human dignity. Other examples: St. Elizabeth, St. Gerard Majella, St. John Paul II, St. Joseph, and St. Katharine Drexel.

Preferential Option for the Poor

The Gospels share how Jesus saw dignity and value in every living person, especially those on the margins and those discarded or overlooked by the authorities. His example of charity and love for others inspire within the human heart a desire to serve the less fortunate. Catholics should consider how candidates will support policies that improve economic conditions and protect the vulnerable.

St. Vincent de Paul is the patron saint of charities. He founded several hospitals and collected funds for war victims. His life inspired Blessed Frédéric Ozanam to create The Society of St. Vincent de Paul in 1833, which offers person-to-per-son services for those in need. Catholics are called to help one another through acts of charity and justice in the public realm. Other examples: St. Cajetan, St. Clare of Assisi, St. Elizabeth of Hungary, St. Óscar Romero, and Blessed Solanus Casey.

Parents have the fundamental right to choose a school most suitable for their children.3 The state has a responsibility to allow public and nonpublic options for all. Where existing structures continually fail low-income families, new models and choices become necessary.

St. Elizabeth Ann Seton is the patron saint of Catholic education and the founder of the first Catholic schools in the country. Following the death of her husband when she was thirty, St. Elizabeth supported five children, converted to Catholicism, and became a founding member of the Sisters of Charity. St. Elizabeth Ann Seton’s example reminds Catholics to remain hopeful through difficulties. Other examples: St. Catherine of Siena, St. John Baptiste de la Salle, St. John Bosco, St. Marguerite Bourgeoys, and St. Thomas Aquinas.

Strong communities are formed when stable and loving families are supported and encouraged. The Catholic Church teaches that marriage—the love of a man and a woman in a life-long commitment—is a vocation and blessing that ideally produces children for future generations. Public officials can support marriages and families through their positions and policies.

Sts. Louis and Zélie Martin are the first spouses to be canonized as a couple in the modern Church. Throughout their marriage, the pair demonstrated a deep commitment to their faith and fostered a loving family life. They had nine children, including St. Therese of Lisieux.

Along with food, water, and shelter, access to health care is a basic human right. The Church considers healing a central ministry and has long fought for quality, affordable, and life-affirming care, especially for the poor.

St. Teresa of Calcutta is well-known for dedicating her life to caring for the poorest of the poor. In 1950, St. Teresa founded the Missionaries of Charity and created a home for the destitute and the dying. An unyielding advocate for all human life, St. Teresa’s life affirmed the worth of every person through her care and public service. Other examples: St. Damien of Molokai, St. Luke, St. Marianne Cope, St. Padre Pio, and St.Peregrine.

In recent years, the criminal justice system has learned it is more effective to be smart on crime rather than simply relying on harsh punishments. A Catholic approach to criminal justice begins with calling for all to be free from crime and violence, while at the same time recognizing an offender’s dignity and pursuing solutions that encourage rehabilitation rather than retribution.

St. Maximilian Kolbe is the patron of the imprisoned. The friar operated a religious publishing press, opened monasteries, and during World War II, started a temporary hospital. St. Maximilian Kolbe was taken to Auschwitz and volunteered to die in the place of another man. His sacrifice urges Catholics to ask: what more can one give of his or her own life to support those in need, including victims of crimes and prisoners whose dignity is often ignored? Other examples: St. Daniel of Padua, St. Dismas, St. John Cafasso, St. Maria Goretti, and St. Germaine Cousin.

Migrant worker visas and refugee resettlement policies have come to the forefront of the nation’s immigration dialogue. Catholics are sensitive to the reasons why families flee their home country, such as war, unjust governments, and authoritarian regimes that suppress religious freedom, oftentimes with violence. A lack of food, water, health care, or other necessities also play a role.

St. Frances Xavier Cabrini is the patron saint of immigrants. She founded the Missionary Sisters of the Sacred Heart, as well as almost seventy institutions after coming to America, including orphanages, hospitals, and schools. In 1909, she became a naturalized citizen of the United States. Her life reminds Catholics of the value of “welcoming the stranger” and engaging with people of cultures different from their own. Other examples: St. Alban, Blessed John Baptist Scalabrini, St. Julian, St. Lorenzo Ruiz, and St. Toribio Romo.

Michigan’s fresh water, beaches, and iconic scenery provide a haven for rest and reflect God’s beauty. At the same time, due to poor policy decisions, polluted drinking water and an expanded presence of contaminants in soil have disproportionately impacted farmers, minorities, and low-income areas of the state. As a reflection of God’s love and his mandate to serve the poor, caring for God’s creation has long been of concern for the Catholic Church.

St. Kateri Tekakwitha, the first Native American saint, is the patron saint of the environment and ecology. She grew closer to God through her encounters with nature, including praying for an hour each day in the woods. St. Kateri respected the connectedness of the environment and of human beings, a lesson that is critical for people of faith and for communities today. Other examples: St. Bonaventure, St. Francis of Assisi, St. Hildegard of Bingen, St. Isidore the Farmer, and St. Martin de Porres.

Statement on abortion from the USCCB

In a new introductory letter to Forming Consciences for Faithful Citizenship, the bishops declare respect for the dignity of human life the highest priority for Catholic citizens. They voted overwhelmingly in November of 2019 to reinforce this message prior to the 2020 election, emphasizing the importance of protecting the unborn.

“The threat of abortion remains our preeminent priority because it directly attacks life itself, because it takes place within the sanctuary of the family, and because of the number of lives destroyed.

“Our efforts to protect the unborn remain as important as ever, for just as the Supreme Court may allow greater latitude for state laws restricting abortion, state legislators have passed statutes not only keeping abortion legal through all nine months of pregnancy but opening the door to infanticide. Additionally, abortion contaminates many other important issues by being inserted into legislation regarding immigration, care for the poor, and health care reform.”

Dignity Beyond the Debate

Civilize It: Take the Pledge

While thinking about the saints and praying for their intercession, Catholics can further reflect upon ways to live out the values of their faith this election season. Rather than participating in dialogue that does not respect the human person, people of goodwill can instead commit to healthy conversation. By participating in the nonpartisan Civilize It campaign created by the Archdiocese of Cincinnati and adopted by the U.S. bishops, Catholics can promote civility, love their neighbor, and build community. The effort does not direct people to be silent about issues that matter; rather, it reminds Catholics how to converse with others when discussing politics and the election. Take the pledge for civility, clarity, and compassion online at CivilizeItMichigan.com.9

Civility. To recognize the human dignity of those with whom I disagree, treat others with respect, and rise above attacks when directed at me.

Clarity. To root my political viewpoints in the Gospel and a well formed conscience, which involves prayer, conversation, study, and listening. I will stand up for my convictions and speak out when I witness language that disparages others’ dignity, while also listening and seeking to understand others’ experiences.

Compassion. To encounter others with a tone and posture which affirms that I honor the dignity of others and invites others to do the same. I will presume others’ best intentions and listen to their stories with empathy. I will strive to understand before seeking to be understood.

This was prepared primarily by the Michigan Catholic Conference and is used with permission. Visit micatholic.org for more election information.