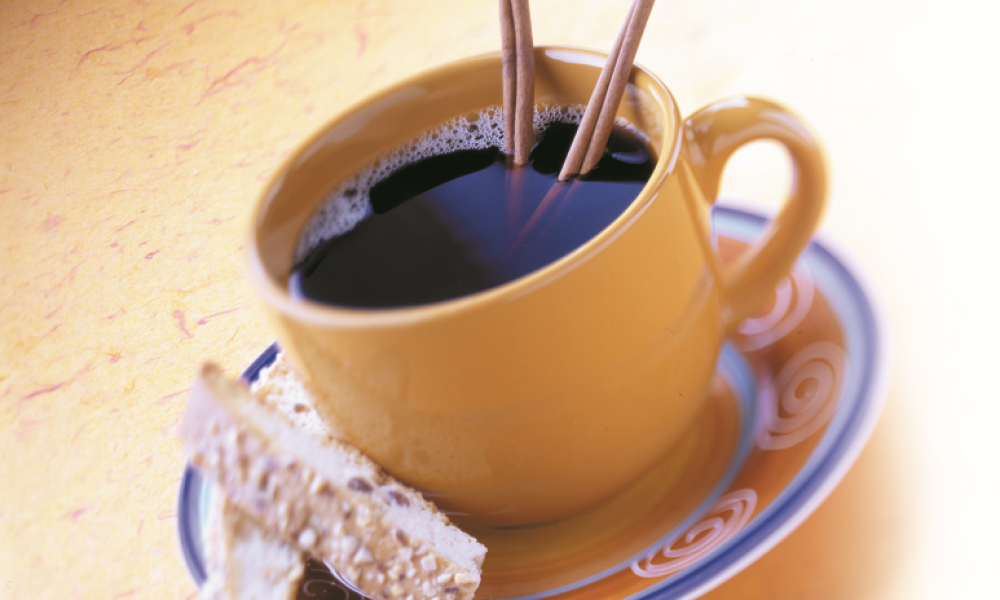 This Lent, change your coffee routine around a bit by adding a couple of spoonfuls of spirituality. Here are a few ideas for:

1 Morning: Pray about the day to come and let God enlighten your activities. Ask for guidance for the tasks that lie ahead. Allow the Spirit to touch trouble spots that you see coming in the day. Ask Jesus to remove any anxiety you feel.

3 Anytime: Read small sections of Scripture. Begin at chapter one of a Gospel and read a couple of paragraphs, then take the rest of the time to reflect on the Word of God and what it means in your life.

4 The Grande:  If you really want to add a little spirituality to your coffee breaks this Lent, pick up a copy of The Cup of Our Life, a Guide for Spiritual Growth by Joyce Rupp. The author explores how a cup is a rich symbol of life – empty or full, broken or flawed – filled with many blessings. The guide is broken down into daily reflections for six weeks – a perfect accompaniment with your morning cup of coffee during Lent.

A History of Coffee: A Monk’s Discovery?

Call it what you will. Java, mud, oil, gas for the motor, cup o’ brew, Joe, leaded or unleaded – it’s all about the coffee we’re drinking. And drink it we do –  daily, sometimes hourly, easily measured in the millions of gallons in a 24-hour span.

How did we come by this dark elixir, creating not just demand for it, but literally carving out an entire “coffee culture”? Many tales exist about the birth of coffee, none of them substantiated but colorful, nevertheless. One such tale involves a monk who saw a strange effect that consuming the leaves and berries of a certain tree had upon a boy and his goats, captured some of the berry-laden tree and refined its use. He supposedly was able to create a rather stirring brew, one which no doubt contributed to the ability of the monks to participate in all-night religious services.

The first real record of coffee drinking was in the ninth century by the Mufti people of Aden. In 1453, the Ottoman Turks introduce coffee to the city of Constantinople. Under Turkish law, a woman could divorce her husband if he did not provide her with a daily quota of coffee.

By the late 16th century, priests had petitioned Pope Clement VIII to ban the drinking of coffee. The pope rejected their request, and, instead, chose to “baptize” it, making it an acceptable beverage for Christians. During the 17th century, the London Stock Exchange came into existence from a coffee house. Following the Boston Tea Party, coffee was proclaimed our national beverage. The first espresso machine was made in France in 1822. By 1908, a German housewife had invented the first coffee filter and 1909 saw the first marketing of instant coffee, after its creation in 1906.

Once the province of beatniks, students, jazz afficionados, and other avant-garde souls, the presence of the coffee shop has exploded across the country, leaving no strip mall unattended in its wake. So the next time you order a cappuccino to go, just remember the drink was so named because of its resemblance to robes worn by the monks of the Capuchin Order in Italy.

To make a cup of coffee, use 1 tablespoon of mixture and place in large mug. Pour 1 1/2 cups boiling water over mixture and stir. Top with whipped cream.

To make a smaller cup, just cut mixture down to 1/2 tablespoon and 3/4 cup boiling water.

In a large saucepan, heat 6 cups water with the brown sugar, cinnamon sticks, and cloves over moderately high heat until the mixture is hot, but do not let it boil. Add the coffee, bring the mixture to a boil and, stirring occasionally, let boil for 3 minutes. Strain the coffee through a fine sieve and serve in coffee cups with the orange zest.