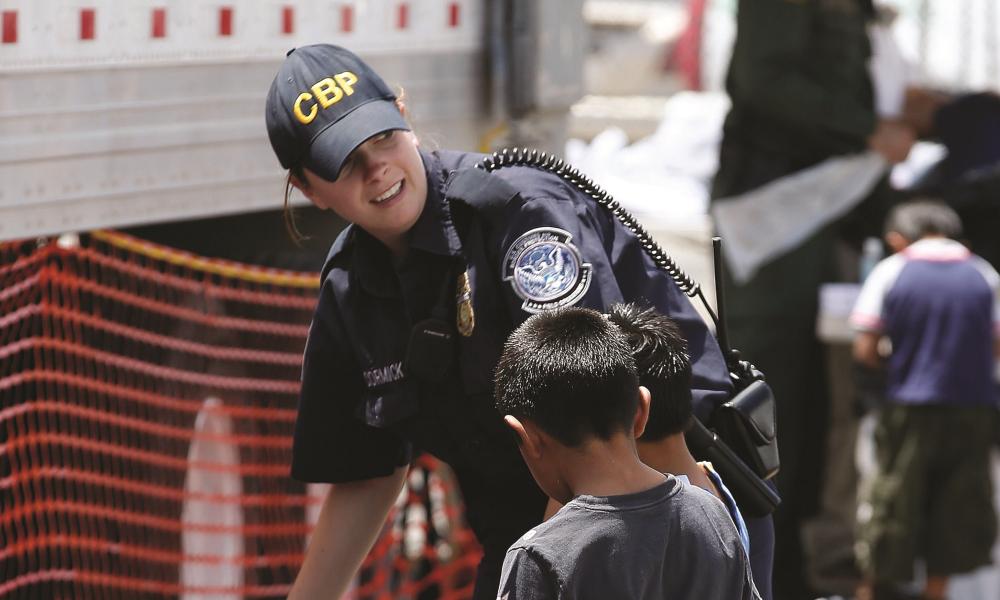 The arrival of thousands of unaccompanied children and teens in the southwestern United States has generated a humanitarian and political crisis. It is a crisis marked by the images of large numbers of immigrants in overcrowded facilities, protestors blocking buses full of immigrants from entering their towns, pleas for compassion, concerns over the lack of available immigration attorneys, and frustrated calls for more help from the federal government.

With tensions mounting, Texas Governor Rick Perry announced on July 21, 2014 the deployment of up to 1,000 National Guard troops to the Texas-Mexico border to combat criminals exploiting the situation. According to the Associated Press, the move will cost Texas approximately $12 million per month. However, Texas Adjutant General John Nichols indicated that the Guard will be “referring and deterring” immigrants rather than detaining people.

The White House has said that the illegal crossings do seem to be slowing. Border Patrol agents in the Rio Grande Valley report finding fewer than 500 minors the week of July 14, compared to as many as 2,000 per week in the month of June.

During this most recent surge, the minors have come predominantly from the countries of Honduras, Guatemala and El Salvador. Most are fleeing poverty and rampant gang violence.

According to NBC News, once apprehended, the minors are turned over to the Office of Refugee Resettlement (ORR). This division of the Department of Health and Human Services maintains custody until the minors can be placed with family members in the United States. If they have no family members in the U.S., the minors are placed in foster care while they wait to learn the outcome of deportation proceedings. During this time, they are permitted to petition an immigration judge to remain permanently in the country.

$3.7 billion       Dollars requested from Congress by the White House to deal with the crisis

POPE FRANCIS ON THE CRISIS

“Faced with this situation, I repeat what I stated in the message for this year’s World Day of Migrant and Refugees: ‘A change of attitude towards migrants and refugees is needed on the part of everyone, moving away from attitudes of defensiveness and fear, indifference and marginalization – all typical of a “throwaway culture” – towards attitudes based on a culture of encounter, the only culture capable of building a better, more just and fraternal world.’

“Furthermore, I am keen to call attention to the tens of thousands of children who emigrate alone, unaccompanied, to escape from poverty and violence…Such a humanitarian emergency demands, first of all, urgent intervention, such that these minors are received and protected.”

FRANCIS CARDINAL GEORGE ON THE CRISIS

“The Archdiocese of Chicago is asking the federal government to allow us to feed and provide safe temporary housing for the refugee children who are being brought here. The many children on the Mexico-U.S. border who are in danger and without adequate shelter call for a compassionate and merciful response.”

Cardinal George also has enlisted the help of the Catholic Charities of the Archdiocese of Chicago and Maryville Academy, a school that houses abused and neglected children, to provide necessary services for about 429 children currently housed in nine Heartland Alliance locations — locations undisclosed for security reasons.

THE U.S. BISHOPS ON IMMIGRATION

For a detailed exposition of each of these elements and other resources, see Migration and Refugee Services/Office of Migration Policy and Public Affairs at www.usccb.org.

THE U.S. BISHOPS ON ENFORCEMENT

The United States Conference of Catholic Bishops (USCCB) accepts the legitimate role of the U.S. government in enforcing immigration laws. However, enforcement measures should be:

For more on these principles, see Migration and Refugee Services/Office of Migration Policy and Public Affairs, The United States Conference of Catholic Bishops, January 2011 at www.usccb.org.