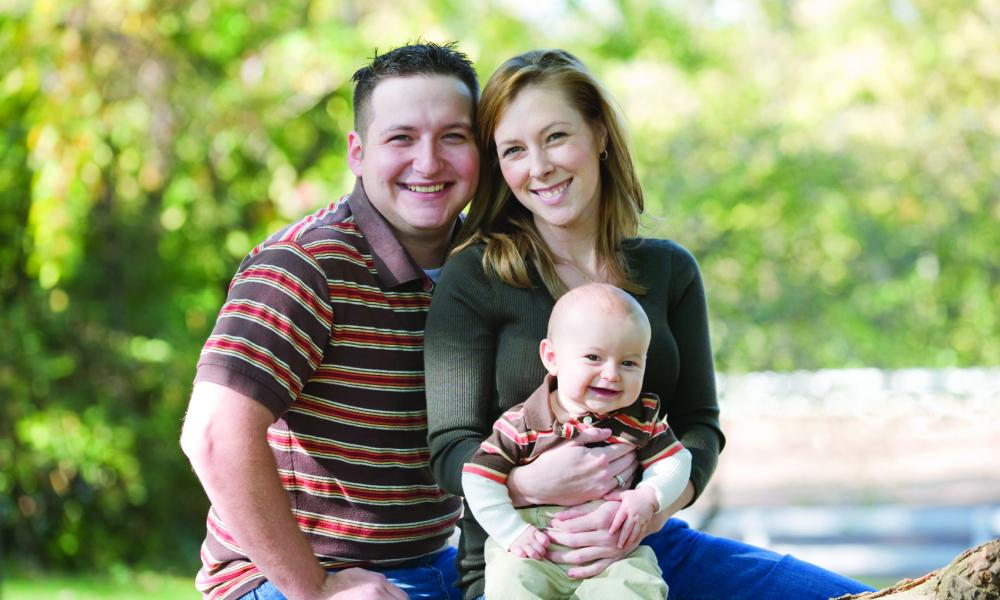 "I don't want my son raised by a stranger."

Steve says: We always agreed that, when we had children, Kelly would stay home with them. So, when our son was born six months ago, I assumed Kelly would quit her job. However, once her company’s family leave was up, she announced that she intended to continue working and we’d need to find day care for Sam. I don’t want my son raised by a stranger – I want Kelly to live up to our agreement.

Kelly says: I know we talked about the idea of me staying home with our children. But that was before the economy took a nosedive.  Steve didn’t mention that his company is doing poorly and that he had to take a 7 percent pay cut last year. Without that money, we really need my job. Also, I love my work – and in just these few months, I’ve realized that being a stay-at-home mother would bore me to tears.

This reminds us of a time within the history of the Roman Catholic Church when a non-Catholic party to a Catholic marriage was required to sign a statement saying they agreed to raise their children as Catholic. On the surface that sounded right and proper; however, most non-Catholics did not know what “being Catholic” really meant!

Logically and ethically, how can a person be held accountable for something about which they know nothing. In other words, how can Kelly be held to an agreement for something she had no knowledge of – the future! Life happens and things we once thought possible or probable most often morph into some other blessing (often disguised as an obstacle) we never dreamed about. Jo and I faced a similar decision in the first years of our marriage; Jo wanted to continue working in the field for which she went to school, yet we had two children. Financially, we were just about breaking even after paying for the day-care center that our children did not like! It was time for a “different” decision that was not in our plans before we were married. Circumstances and situations changed, and our plans needed to change along with them. And many people find that staying at home with their children brings rewards and blessings they could not foresee.

Living with a plan developed yesterday seldom reflects today’s needs, and is only a guide for tomorrow. Plans should be situationally applied and reviewed often for changes in circumstances, environment and desires. Plans should not be viewed as set in concrete because life events change our needs, wants and desires.  Flexibility and adaptability are key ingredients for all marriages if they are to survive these difficult economic times and our changing families.

Kelly appears to be concerned about the family’s economic security and it appears that Steve is not addressing her concerns. Our experience says that worries over the security of the home will trump previous agreements that do not address the principal worry faced by members of the family unit. Since Steve’s job is less stable, and he is concerned about day care, this might be an opportunity for the couple to consider prayerfully the option of Steve staying home.

The important issue here is how this situation is affecting Steve and Kelly’s relationship; and, in turn, their relationship with a God who is Love. Love is gentle, kind and considerate and we are called to be Love to our spouse, as Jesus is to his spouse: the Church. When we become Jesus to our spouse, Love becomes the driver and solutions are developed that work for both spouses and not just one. There is something positive and life giving to a relationship when both spouses approach an issue out of love and respect for their partner.  It does not become a contest of who is correct or who won this particular round, instead, it becomes a gift of self for the other.  Steve and Kelly would do well if they changed their approach from getting (what was agreed on in the past) to giving (what can I do for you, my beloved, today).