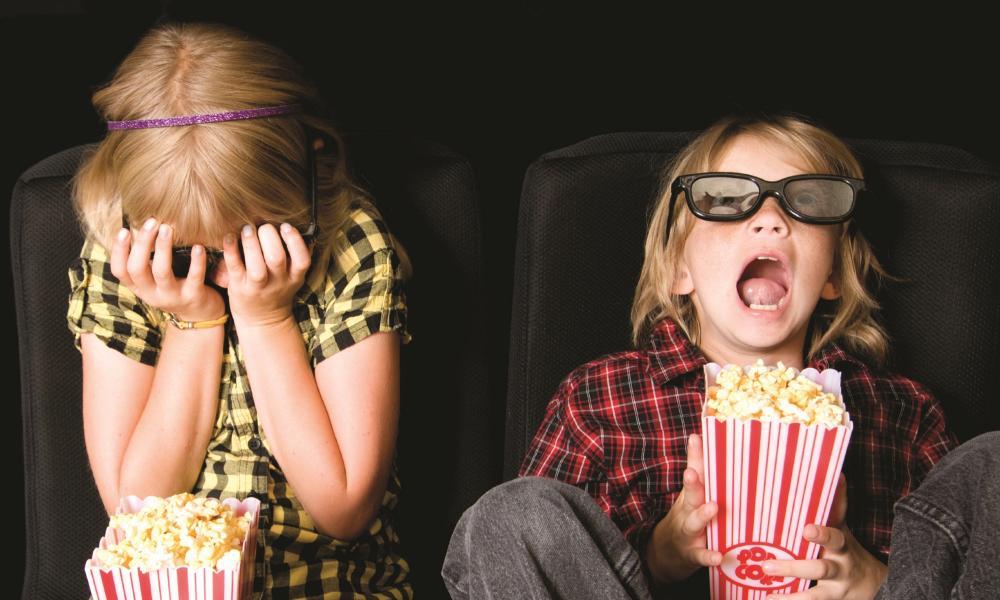 I don’t want my kids to watch horror movies when visiting my parents!

Q. Despite my objections, my parents let our young kids watch horror films when they visit. How do I put my foot down on this issue without making my parents angry?

A. When I visit Disneyland and see the Snow White ride, I think about one of my own childhood responses to a scary movie. I misinterpreted the scene in which the witch holds up an apple that she had just dipped into poison. I thought she was holding up Snow White’s heart! In my 4-year-old mind, I had combined the story line of the hunter coming back with Snow White’s heart with this later scene. It was enough to evoke nightmares for several nights. There is no question that children interpret media differently than adults, even when the content is targeted toward children. In the case of horror films created for an adult audience, the effects on children may be quite intense.

Put your foot down! One version of the origin of this phrase is that when bicycles were invented, riders learned to put a foot down to stop and change course. The image of the bicycle rider stopping to change course works well as a metaphor for talking to your parents. Since they have continued to show horror films despite your objections, it is time to stop and decide on a new direction. What is it about watching these movies with the children that interests them? Talk to them about how this goal could be met through an activity that you would support. Would they be comfortable with the grandchildren stopping at the library before visiting so that they could bring an age-appropriate DVD?

Respect their point of view. Your parents may be making the same decisions with grandchildren that they made when raising you, and “you turned out OK!” Don’t argue about mistakes you think they made as parents – focus on the current situation. Although making different decisions can lead to intergenerational tension, it doesn’t need to lead to anger. Acknowledge their views, but be calm and clear about your decision.

What if they respond by saying that horror films are appropriate and they have no plans to change? Decide on your reaction before speaking to your parents. Perhaps the visits will have to be limited to your home. Or you may decide to stay during the visits. Pray to the Holy Spirit for guidance before your conversation: “But the Lord’s mercy is from age to age, toward those who fear him. His salvation is for the children’s children. (Psalm 103:17)