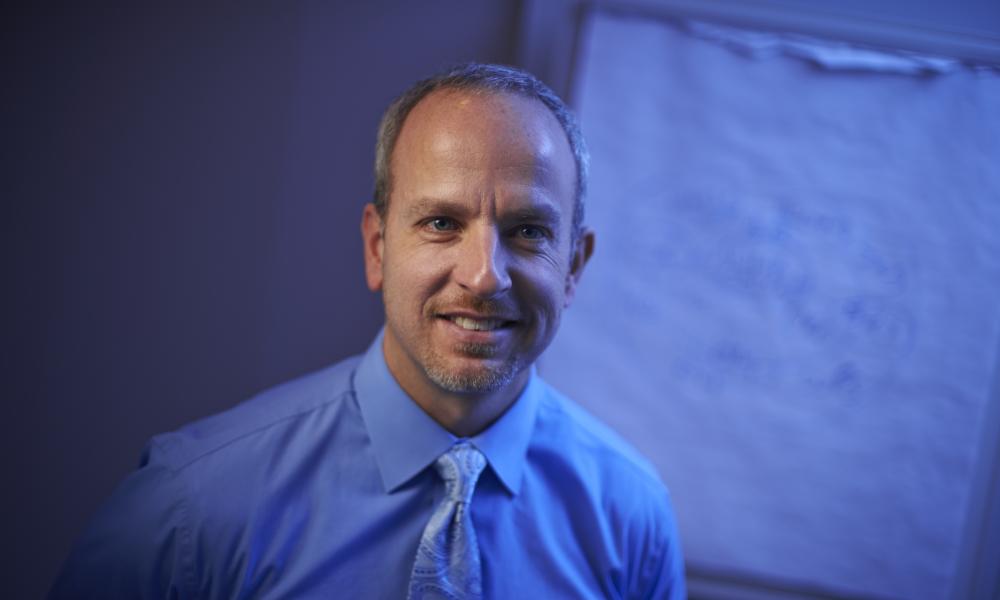 Every year, about 1,000 men come to Lansing for the diocesan Men’s Conference. For many of them, it is a life-changing experience – two of them tell us about it.

In 2010, I found myself painted into a pretty tight corner – and I had done all the painting. I was desperately trying to rebuild a life that I had practically forfeited. As a Catholic, I was simply going through the motions, much like I had always done. I was lost mentally, spiritually and emotionally. I heard about the Catholic Men’s Conference being held at the Lansing Center through some conversations with fellow parishioners/ friends. It was a matter of typical guys acknowledging that it was taking place and that we all thought it was interesting, but with no further discussion about it. I remember thinking, “I hope it doesn’t get brought up again because I don’t want someone to confront me about going. That kind of thing is just not for me. FAITH Magazine • Jan./Feb. 2014 • www.FAITHpub.com E How the Catholic Men’s Conference changed life for Brian and Tim After all, I’m Catholic, I don’t know anything about the Bible and I’m not sure I even want to know what goes on at those kinds of things. Plus, I’ve got other things I need to be doing on a cold, Michigan winter day, like watch some basketball, read a book, paint a bathroom, sort my sock drawer, etc.”

I could come up with a multitude of excuses, all of which were pretty lame. But then a friend brought it up again just prior to the conference. We discussed it briefly, but quickly let it die. At that point, though, I was beginning to think about it and, by the grace of God, I called that friend up and told him that if he went, I would go. What did we have to lose?

Honestly, I had my reservations the entire way there. Then, they opened with a video and I was intrigued: search YouTube for God’s Chisel. The day progressed with some phenomenal speakers, lunch and the opportunity to go to confession. The bishop wrapped up the day with Mass. I walked away from the day with motivation, inspiration and direction. It started me on a path to realizing I needed to begin learning more about and engaging in my faith.

Since that time, I am now deeply engaged in Catholicism. I’m researching, studying, discovering and practicing my faith. Christ is transforming me through his word, his example, his truth. I spent most of my previous life living according to my will. Now I’m finally beginning to understand the critical importance of unlearning what this world has taught me and instead living according to his will. I’m not saying the conference launched me into this change of direction, but it most certainly contributed to my conversion.

Moral to my story: Step outside your comfort zone, open yourself to God’s grace, plug yourself into your Catholicism and discover that God’s been trying to get through to you for quite some time. Register for the next Catholic Men’s Conference today. Ask a friend to join you. You and your company will find it’s not misery. What’s the worst that can happen? You lose a Saturday to some entertainment, camaraderie, prayer, contemplation and the opportunity to receive Christ at Mass.

If you are like me, and hundreds of other people who are cradle Catholics, you might end up one day asking yourself, “Just what exactly is it I am saying in the rote responses during the Mass? Is it enough to say I am Catholic and attend Mass on the weekend or is there something (or someone) more to this Catholic faith?” This is where I was in 2011 when I registered for my first Catholic Men’s Conference, without telling anyone just in case I decided at the last minute that this wasn’t for me. As the day approached, I was still on the fence about attending, since this was something really outside of my comfort zone. Fortunately, a few days before the conference, I received a call out of the blue from a friend who also was “thinking” of going. We talked each other into “actually” going. Now, I was half expecting that we would have to take off our shoes and socks and chant some secret code before we could get in, but what I actually found were other guys just like us searching for coffee and taking in the surroundings.

The day started with talks from guest speakers on a few subjects geared toward men, followed by confession for those in need (all of us) and finishing with a Mass. Throughout the day, there was ample time to shop for that certain book, picture or crucifix from among the many talented vendors who were present. The day is not an intense Scripture study going into the deep theological reasoning for everything and anything Catholic. It was a day that highlighted the “trying, failing and trying again” life of being a Christian man in today’s society. The conference opened my eyes to, and hinted at, the answers to my questions. The Catholic faith is a way of life radically different from the life shown to us in “reality” TV, advertising slogans or Hollywood. To see hundreds of other men from all walks of life each working on their own relationship with the Lord is inspiring.

To sign up for the next Men’s Conference, visit www.dioceseoflansing.org/2014_mens_conference