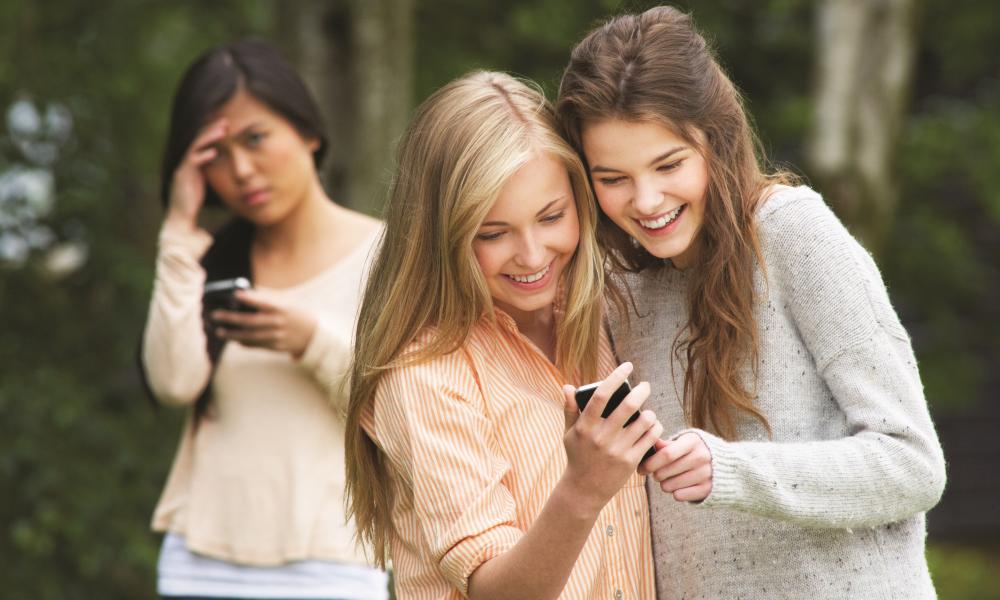 How can I stop my daughter from bullying someone online?

My daughter is bullying a friend online. What can I do as a parent to stop her?

Most of us can remember childhood incidents that led us to feel isolated. At recess, my classmates and I occasionally would sing, “Nobody likes me, everybody hates me, guess I’ll go eat worms .…” The somber, yet gross lyrics captured the attention of children over generations. In fact, in 1905, Charles Scribner’s Sons published an illustration of a forlorn child sitting on his porch steps, head sunk onto hand. The “worm song” captioned the picture. But bullying differs from occasional squabbles because it is a persistent behavior repeated again and again. Your awareness of your daughter’s behavior provides you with the opportunity to intervene in the bullying.

Bullying contexts. The Centers for Disease Control and Prevention (CDC) reports that 16 percent of high-schoolers are cyberbullying victims. Most bullying still occurs in schools, buses, playgrounds and neighborhoods; cyberbullying may co-occur with these contexts or occur only electronically. Cyberbullying isn’t as evident to parents and teachers. It follows the victims into what are safe havens from face-to-face bullying: bedrooms, family rooms and even vacation trips.

Discuss the bullying. Ask your daughter how the bullying began and what forms it takes. Is she part of a group that bullies? Has she been coerced into joining in? Is she a victim in a different context? Listen carefully as she describes her activities. Explain that you plan to become familiar with the apps and internet sites that she uses – and that you will monitor her activity. Taking away access to a phone or computer tends to make the issue go underground, but monitoring can guide her in positive use of technology.

Partner with the school. Counselors, teachers and principals can help when they understand the dynamics of student relationships beyond the classroom. Does your daughter display difficulty regulating her emotions at school? Does she react to classmates as if they have hostile intentions even when the intentions actually are benign? Is she targeting students who are different from the rest of her classmates? Some schools have strategic interventions to address bullying. If they don’t, this is a time to promote their adoption.

Repercussions for the bully. Help your daughter understand that she will face consequences. If the classroom becomes a hostile environment for the victim, then it is the bully who needs to be moved. Also, information posted on the internet may be available in searches years later. As a young adult, her college or career plans may be impacted by her online cruelty. It may be useful to ask your parish staff for a referral to a psychologist who focuses on adolescents.

Cyberbullying takes many forms, such as spreading rumors, isolating or embarrassing someone, or taunting. All of these run contrary to the loving message of our God: “Whoever loves his brother remains in the light, and there is nothing in him to cause a fall. Whoever hates his brother is in darkness; he walks in darkness and does not know where he is going because the darkness has blinded his eyes.” (1 Jn 2:10-11)