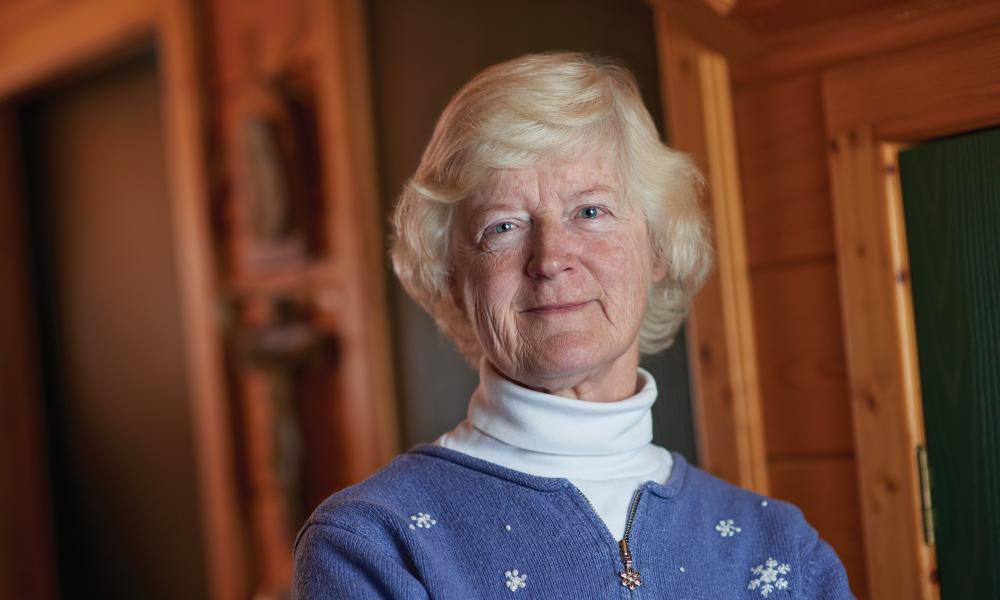 “Mr. D has been our neighbor for 15 years, but other than being neighborly, we didn’t have a relationship. He’s a loner whose wife and only child died. Christmas Eve 2014, we noticed his side door was ajar. I went up to the house and called his name. There was no response, so I closed the door and went home. That evening, we learned Mr. D had been taken to the hospital.

“A couple of days later, I went to see him. The doctors approached me about his medical history and I had no idea, so I asked his permission to find the answers in his house. I was able to locate his meds and the name of his primary physician, which enabled the hospital to run tests and diagnose him.

“Inside his house, the neglect was apparent, and his bills were piling up. I asked if he had family to help him, and he said he had two estranged sisters who lived in other states. Through an Internet search, I successfully located one and tried to make contact. Her son returned my call, but never asked to speak to his uncle or assume responsibility for him. Shortly after, the sister died. I was unable to connect with the other,” she explains.

Mr. D was discharged to a nursing home. Believing him to be indigent, they moved him to a Medicaid facility. Because he had no legal or familial representation, the facility indicated they’d petition the state for custody. That’s when Mary Ann’s angel status began to take flight.

“It occurred to me, if they were successful, he’d stay in that depressing place forever. By this time, we were getting to know each other and he’d already asked me to help him pay his bills. Because he couldn’t advocate for himself, the only way to ensure his welfare was to become his guardian. My husband agreed with my decision, and I filed court papers to become his guardian/conservator. As soon as I applied, I sent official notice to the only address on file for the surviving sister, and the court appointed Mr. D an attorney, who began looking into his case. Upon receiving the letter, his sister decided she wanted guardianship, which meant going to court. The judge asked Mr. D his preference, and Mr. D said for my husband and me to be his guardians. The judge stated mediation would determine guardianship.

“While we waited for mediation, I requested Mr. D be moved from the Medicaid facility. His attorney said if I could find somewhere nice, he’d help make it happen. My first search located a Christian adult care home with an opening for a private room, which made me feel like it was a good omen. This home is a beautiful old farmhouse with a huge dining room where everyone eats together. We moved Mr. D. He settled in and his sister called. After their conversation, she dropped her claim.” In July 2014, Mary Ann became Mr. D’s legal guardian/conservator.

Doctors have determined Mr. D is unable to live alone. Because Mary Ann knows how much his home means to him, four days a week she drives him there, where he gardens, listens to his music, putters and simply enjoys being home. A few hours later, Mary Ann returns him to the care facility. Though she’s entitled to financial compensation for time and expenses, the only recompense she takes is for gas. Mary Ann estimates she spends 30 or so hours a week tending to Mr. D’s care.

Before December 2014, the thought of guardianship of her neighbor was nonexistent. “I hadn’t had a relationship with Mr. D prior to my initial hospital visit, so I guess I was nudged into action by the Holy Spirit. Something certainly directed me!

“Mr. D isn’t the only beneficiary of our arrangement. I have gotten so much from this. I’m an only child and feel like I’ve gained a big brother; it amazes me how close we’ve become. He attends our family dinners and my three adult kids have accepted him.

“I’ve learned so much, like how you need to advocate for yourself in the legal system; how generously committed people can be to seniors; and how crippling arthritis pain and dementia can be. People’s limitations must be respected, but if you think someone needs help, trust your gut, because more than likely they do. I have also been shocked how estranged families can become,” she says.

Throughout this unforeseen legal process, Mary Ann’s comfort came in praying the rosary. As for her new angelic status, she considers it a humbling title. Mary Ann shares, “When Mr. D talks about me to people, he tells them I am his guardian angel.” Mary Ann Finke’s celestial wings may not be visible, but her new legal status as Mr. D’s guardian declares she truly possesses an angel’s heart.

If you need help caring for an elderly relative or neighbor, contact Catholic Charities. See below for a sampling of senior programs and contact information: