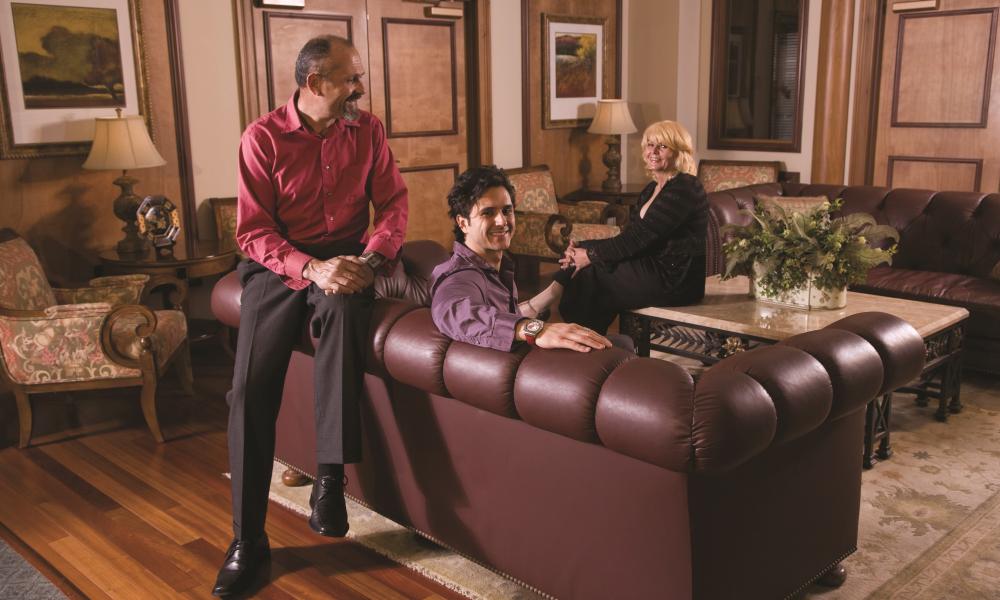 He Says: "Our adult son moved back in, and I want him out"

Jim says: I was really enjoying our empty nest after the last chick had flown the coop. But now one of our kids has come home to roost. And it is causing us no end of conflict, because I want him to figure out what he’s doing and move out again. Sheila is loving having someone to coddle.

She Says: "He's being selfish, our son is always welcome"

Sheila says: Jim is just being selfish. Our son needs a place to stay and this is his home. As far as I’m concerned, he can stay as long as he wants. So what if we have a little extra laundry and cleaning?

Jim and Sheila are experiencing an event that has become common these days – an adult child returning home. The catalyst for this event may be the economy, a loss of a job or even a divorce. Regardless of why it happens, it is important for parents to agree on how they are going to respond.

As parents, we want our children to succeed and we will do what we can to help, including opening our home to them. It seems that what Jim and Sheila failed to do before their child returned, however, was to discuss their own plan of action. In other words, how will this dynamic affect their own activities and relationship with each other?

Jim and Sheila’s first priority needs to be the nurturing of their own marriage relationship, and the second priority is tending to the welfare of their son. When couples go through a life-changing event (such as becoming an “empty-nester”), they must reinvent themselves as a couple. Every change requires a couple to reinvent their coupleness, and an adult child returning home is certainly one of those occasions. Anticipating these major events allows a couple to pre-plan what life will be like, to open a dialogue regarding not only the “whats, whys and hows,” but also the “feelings, desires and needs” of the new environment. Only then can a married couple make rational decisions and formulate plans.

This also is the time to develop a contingency plan in case every event does not happen as expected. Taking it to prayer, and asking the Holy Spirit to guide you through this new event, will lessen your anxiety. Scripture reminds us that, “The human heart plans the way, but the Lord directs the steps.” (Proverbs 16:9) By taking it to prayer, Jim and Sheila’s actions will be grounded in love. The Lord will help them stay on track and do the right thing. Even though their son has returned, Jim and Shelia would do well to focus on making each other the center of their lives by spending quality time reinventing themselves as a couple and affirming each other.

Being a mother, it is not unusual that Sheila loves having her son return home. It rekindles her feeling of being a needed mom. Once Jim and Sheila have come to a mutual agreement on the boundaries of their son’s temporary stay, it is most appropriate to have a discussion and lay out those expectations with him. Both Jim and Sheila can demonstrate warm and loving hospitality to their son, while also making each other the center of their lives; the two actions are not mutually exclusive.