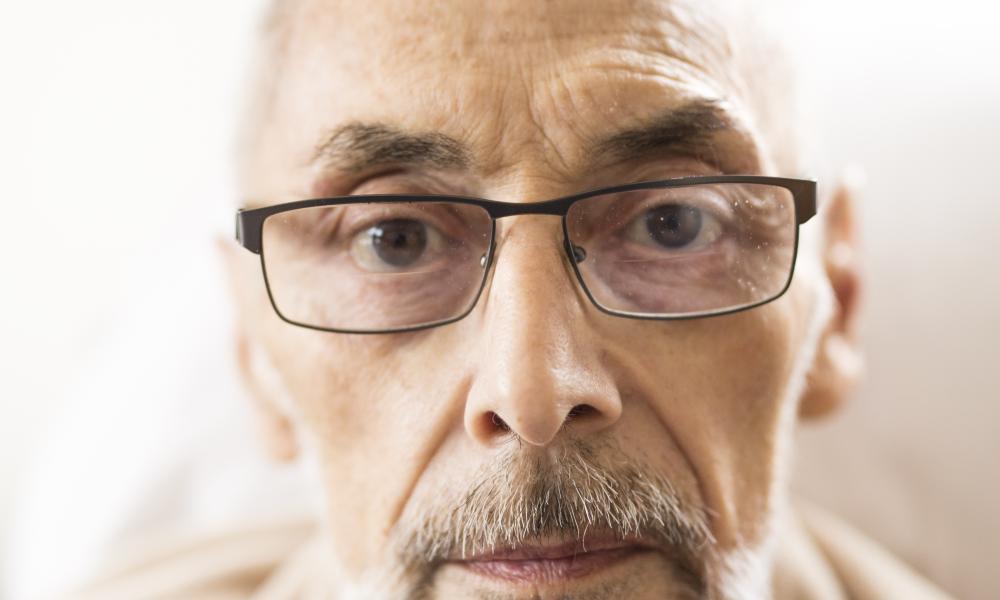 Gordon waited for God to call him home

Update: Gordon Lee Terwilliger, age 70, passed away Tuesday, January 1, 2019. This lovely profile remains a witness to his faith and an encouragement to others.

Gordon Terwilliger is knocking on heaven’s door. Perhaps lightly tapping would be a more apt description, as Gordy’s physique and strength are fragments of what they used to be. In the early months of 2016, Gordon, full of life and energy, was traveling with his wife, Margaret, helping a brother-in-law build an out-building, exercising regularly and working his maintenance job at St. James Parish in Mason. Everything in 68-year-old Gordy’s world seemed fine – except for the shortness of breath and swollen ankles he was acutely aware of. Thinking possible pneumonia, he called his doctor, who recommended Gordy go immediately to the emergency room. After four days of testing, with no definitive answers, the couple were bewildered when the doctors sent them to a cancer center for further testing. The “c” word had never entered their realm of possibility.

The final diagnosis was totally unexpected: multiple myeloma, a weakened heart and atrial fibrillation. Gordon slowly shares, “We sat there and stared at each other. I went from working out on a treadmill to learning I only had a few years left.” Margaret adds, “We were dumbfounded. I’m the one who’s supposed to be sick, not Gordon.” Margaret has lived with multiple sclerosis for the last 22 years.

The summer of 2016 was spent in and out of the hospital for chemo treatments, during which Gordon fell four times, and recognized he wasn’t making progress. In September, another jolt pierced their world. “The doctor came in and told me there wasn’t much they could do for me. Now, instead of years, they gave me months. I wanted to spend them at home,” he says.

An optimistic person by nature, Gordon carved three goals to accomplish in the time he had left. The first, to go home, was achieved soon after the devastating blow had come. But it wasn’t an easy transition. “I was scared that first night home. It’s like a skydiver who has everything he needs in the plane until he jumps. Then he’s on his own. It was the same for us to come home without all the tools of being in a hospital,” Gordon says. The Terwilligers were about to freefall.

Gordy and Margaret are certain their panic was short-lived because of the spiritual assist by their parish, St. James/Sts. Cornelius and Cyprian. Gordon says, “I had been told how many at church were praying for me, and I asked God if I could divvy up those prayers to use as I needed. I used a portion to transition home.” Gordy meted the remainder to achieve his other two goals: to attend a Mass at his parish and to sit outside on his deck. All three goals were successfully achieved the first two months at home. Those prayers may also be the source of grace he has drawn from to endure his circumstances.

The five children of their blended family helped care for Gordon on weekends. Despite their help, along with visiting nurses, and a social worker, the bulk of his care fell on Margaret. The stress of the 24/7 schedule took a toll on her already fragile health, and the care team made the decision to move Gordy to a hospice center. Because vision issues prevent Margaret from driving, the health team worked to find a hospice that would allow Margaret to stay with him. Mother Teresa House in Lansing became their respite. They made the move in December 2016.

Margaret is conflicted because her illness is what prevents them from being in their own home for hospice care, something Gordy really would like. The move to their temporary residence, however, has allowed her to rest and regain strength, knowing others provide her husband with compassionate care. It has also brought many unexpected blessings. Margaret says, “They have nights here where members of our families come to relieve the care-givers on Thursday and Sunday. My family has actively participated, so we get to see them more than if we had kept hospice at home. Gordon has been able to have heart-to-heart talks with our siblings. We have been blessed with many visits from friends. I take advantage of the chapel upstairs, pray daily, and we receive Communion each day. By far, the biggest blessing of Gordy’s illness, though, has been how our marriage has absolutely flourished.” Gordon nods in agreement.

Gordy’s speech is especially labored, and he is quite weak physically. What hasn’t weakened for him is the faith he wears to combat any despair. Gordon never succumbed to anger or depression as he grappled with his reality, and cannot imagine how he would begin to accept his destiny without faith. “This has really taught me God is in charge,” he says. Doubt and anxiety did try to wrap their tentacles around him, but between medication for anxiety and prayer for doubt, he has kept it at bay. He says, “I don’t have a specific prayer I fall to. I simply pray about a situation itself. I enjoy hearing Scripture and inspirational readings.” As he clutches a rosary, he continues. “Lately, I have been praying the rosary more because I feel almost like I am praying to my mom. She had always been the strength in my life growing up.”

Eyes brimming with tears, Gordy takes a long pause before he continues. “The hard part, now, is simply waiting; I can no longer physically do anything. I wonder when death will come and what it will be like. TV dramatizes a heart attack and someone writhing in pain. They make it look so horrible and that makes me afraid. When my mother died, there wasn’t any agony. She went to sleep and never woke up. I want a peaceful death like that.”

While he’s waiting for his knock to be answered, Gordon hopes to accomplish one more thing: “I don’t know what it is about the church, but it’s a draw. It’s like a magnet to me. I want to go back to St. James, rest in the garden and listen to the bells.” Tears easily flow now. “And to sit inside St. James. That’s my home.”

Gordy has recently been having dreams about friends and relatives who have already made heaven their eternal home. They have joyfully greeted him, shared how glad they are to see him and invited him to join them. Gordy affirms how those dreams bring him comfort. He says, “Sometimes I sit here and hear Jesus say, ‘I got this place I want to take you to and it will be great.’ So I go with him and when we get to the door he says, ‘You wait here a minute, I got something to do.’ So I’m out here waiting for God to come back and say, ‘Hey, Gordon. I got your room ready.’ But he hasn’t come back yet. I don’t even see him in the distance, but I know he is coming back. And when he does, I will be ready.”