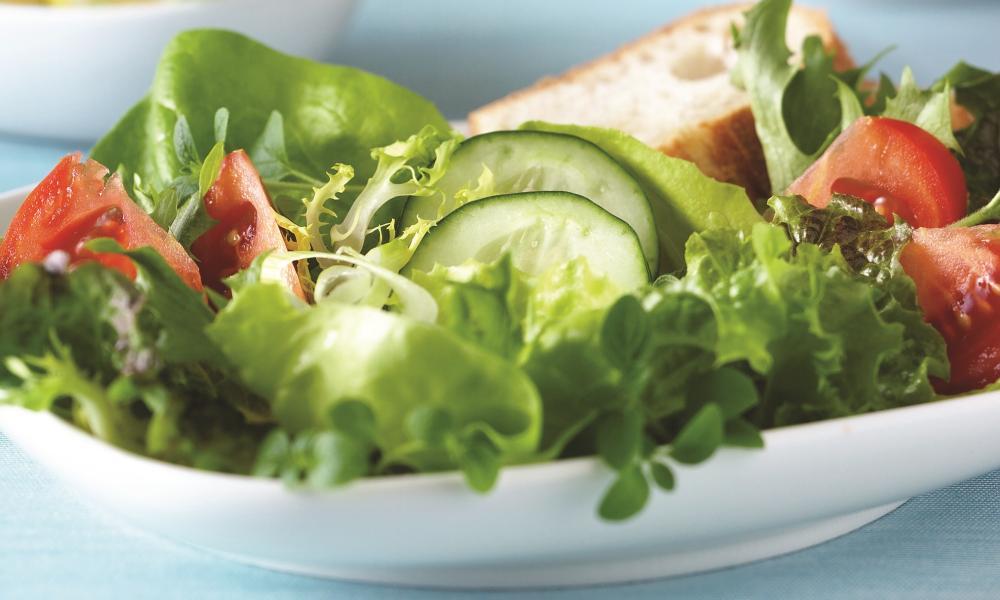 Good to the Last Leaf

Good to the last leaf

Most moms struggle with the daily dinnertime trauma of getting their kids to eat vegetables. On the list of things kids are predisposed to resist, eating greens is up there with going to Mass.

Little Johnny Hale was an exception, however. He was ecstatic to eat his greens. In fact, when it came to his Lebanese grandmother’s amazing salad, eating a couple of helpings wasn’t enough. He and his grandmother would fight over what was left at the bottom of the bowl, sopping up the dressing with a piece of bread.

Why was Johnny an exception? It all started in a humble kitchen in Lebanon decades earlier when his great-grandmother assembled fresh greens and vegetables from her garden. Using healthful ingredients and strong, sharp-flavored accents, her recipe was in itself a tribute to the bounty and beauty of life; living vegetables from the Mediterranean sun combined into a colorful harmony of taste and texture. And in gratitude to God for such bounty, she topped off each salad by drizzling the dressing in the sign of the cross before mixing it all together.

Today, little Johnny Hale is no longer little. He is happily married with a family of his own, and they, too, enjoy the very same salad his great-grandmother passed down. They are the hereditary recipient of a recipe that began generations prior and, like John’s grandmother, they are happy to share it with others. John is my brother-in-law and I can attest that he is still glad to finish off any remaining greens from the salad bowl after every family dinner.

So what was it that made little Johnny devour his grandmother’s salad and all its healthy veggies? If you tasted the salad, you might conclude the answer is obvious. Or maybe with each cross of oil cast upon the greens, his grandma prayed for obedient grandkids. But there is probably something more. John says his grandma let him be a part of the preparation. She shared with him the heritage behind the dish and made him proud of his origins and traditions. Her enthusiasm for the whole endeavor was contagious.

What a lesson! Maybe if we tried this same approach before each Mass, kids would be more eager to inherit that incredible gift, too.

2-3 hearts of romaine, chopped (depending on size)

Salt and pepper to taste

In a large mixing bowl, throw in the greens, scallions, tomatoes, cucumber and minced garlic. Drizzle on the oil and red wine vinegar. Squeeze the juice from the lemon wedges all over the salad. Add salt and pepper to taste. Toss well and enjoy with good artisan bread.