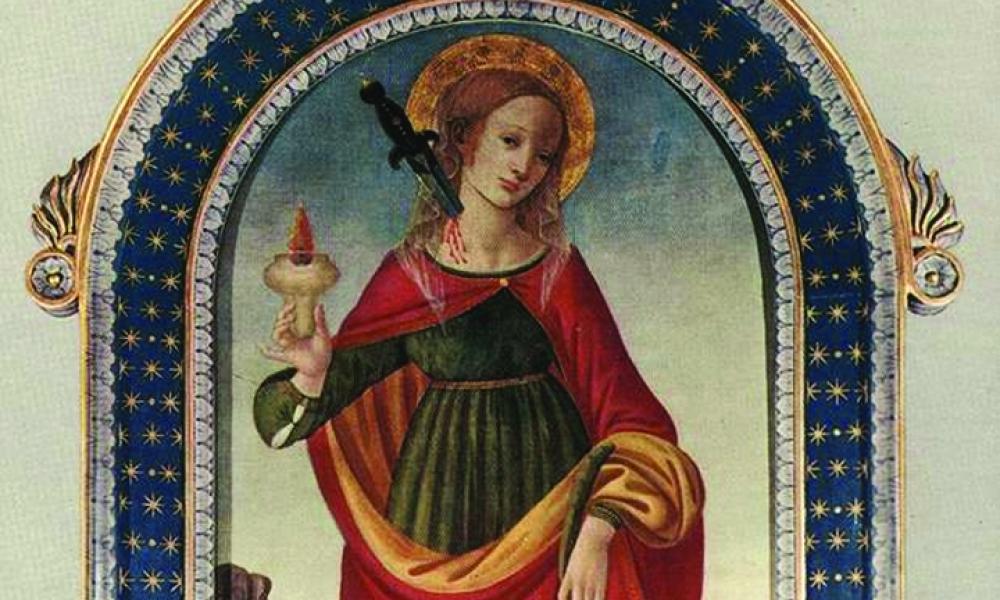 Patron saint of sight and the blind

Claim to Fame: Lucy was born into a wealthy family and from an early age wanted to devote her life to God as a virgin. Her father died while she was still young, however, and her mother desired that Lucy marry. Lucy’s mother had a change of heart, though, after visiting the relics of St. Agatha and being cured of a hemorrhage. Following this episode, she allowed Lucy to distribute the family’s money among the poor. This act angered the man Lucy was unwillingly supposed to marry and he sent her before the Roman governor of Sicily. The governor tried to sentence Lucy to prostitution, but when the time came to take her away, God’s strength filled her and the guards found her too heavy to move. Before her death, Lucy predicted the punishment of the man she was supposed to marry. She also predicted the end of the persecution of Christians, as well as the end of the ruthless emperor Diocletian’s rule.

Why she is a saint: Before her fiancée denounced her to the government, Lucy devoted her life to service of the poor, and gave away most of her family’s fortune. Later, despite being tortured under Diocletian, Lucy never denied or wavered in her faith in God. She endured persecution bravely and willingly suffered for Christ.

Best quote: Showing how important purity was to Lucy, she once said, “Those whose hearts are pure are the temples of the Holy Spirit.”