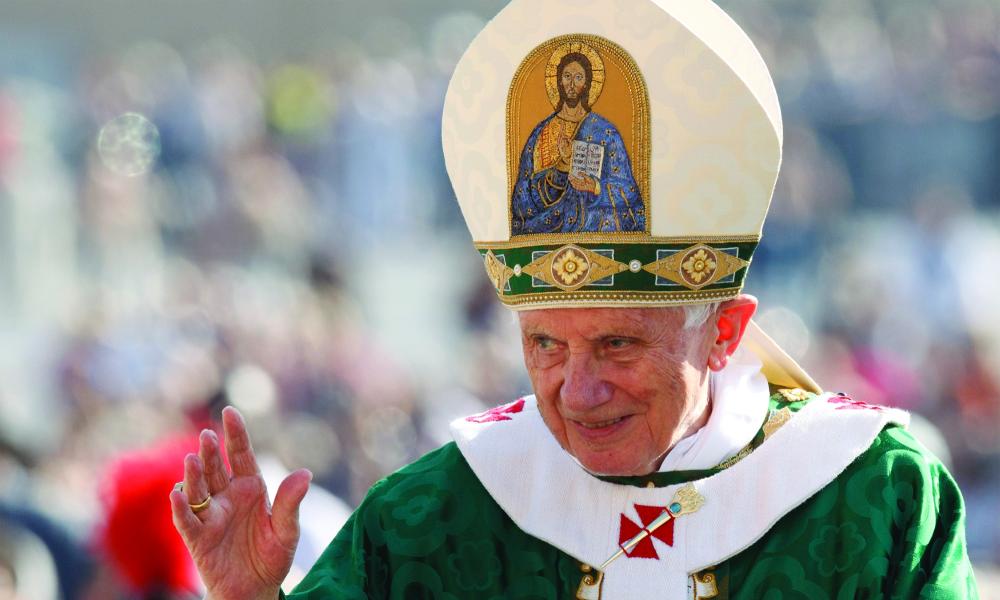 Part 1 of a year-long study of the Catechism

Pope Benedict XVI announced a Year of Faith from Oct. 11, 2012 to Nov. 24, 2013 (Solemnity of Our Lord Jesus Christ, King of the Universe). The goal of the initiative is conversion and to re-discover faith so that all members of the Church can become credible witnesses of truth.

The pope has asked Catholics to mark the year by studying and reflecting on the documents of the Second Vatican Council and the Catechism for the purpose of deepening their faith. So for the next year, Theology 101 will help the reader do just that.

Because it is a gift, there is nothing we can do to grasp it. It is beyond our power to fill the lack of truth in our lives on our own. Rather, the gift of recognizing and knowing the truth, the prerequisite for properly ordered desire, must be received. Pope Benedict XVI captured this sense in Porta Fidei, “Faith grows when it is lived as an experience of love received.”

Where does faith come from?

St. Paul tells us in Romans 10 that faith comes precisely from hearing the Word of God. Obviously, we must first hear the Word of God before we can believe it. But we then must believe the Word. For it is by believing, as St. Augustine teaches, that we are made obedient to God; by being obedient (from the Latin “to listen to”) to God, we live a good life; by a good life, we obtain purity of heart; and with a pure heart, we understand the things we believe.

The problem is that to the degree that there is fear in our hearts, there is no true faith in God. They are mutually exclusive realities that move in opposite directions. Faith in God leads to life while fear leads to death.

In Scripture, Hebrews 11:1 states, “Faith is the realization of what is hoped for and evidence of things not seen.” Then in verse 3 we find “what is seen was made from things that are not visible.” In other words, faith enables us to move from the visible to the invisible; to move from mere dependence on our senses (immanence) to the reality of life in the Spirit (transcendence).

In contrast, fear presents false evidence and makes it appear real. The result is worry and doubt that clouds and distorts one’s vision of that which is not yet visible.

A: Diaconate, the degree of service.

Q. How did the Council define religious liberty

A: The Council declared that no one should be forced to act against his or her convictions or be restrained from acting in accordance with his or her convictions in religious matters “in private or public, alone or in associations with others” by individuals, social groups or any other human power. The Declaration on Religious Liberty (Dignitas Humanae) grounds this freedom on the dignity of the human person “as known through the revealed word of God and by reason itself.” The document goes on to assert that this understanding of religious liberty must be recognized as a civil right.

Q: Does this mean there are no limits to one’s exercise of religious liberty?

A: First and foremost, Dignitas Humanae establishes the highest norm of human life as divine law – “eternal, objective and universal.” Because God has allowed humanity to participate in this law, everyone has first the duty and subsequently the right to “seek the truth in religious matters so that, through the use of appropriate means, he [or she] may prudently form judgments of conscience which are sincere and true.”

In addition, because the exercise of the right to religious freedom occurs in human society, its use is subject to certain regulatory norms. Like the exercise of any freedom, a person must respect the moral principle of personal and social responsibility: “in exercising their rights [individuals] and social groups are bound by the moral law to have regard for the rights of others, their own duties to others and the common good of all.”(7) Further, civil society has the right to protect itself against possible abuses committed in the name of religious liberty.

In short, the right to religious freedom is always accompanied and limited by the duties to God and neighbor – the duties that make the claims to the right of religious liberty possible.