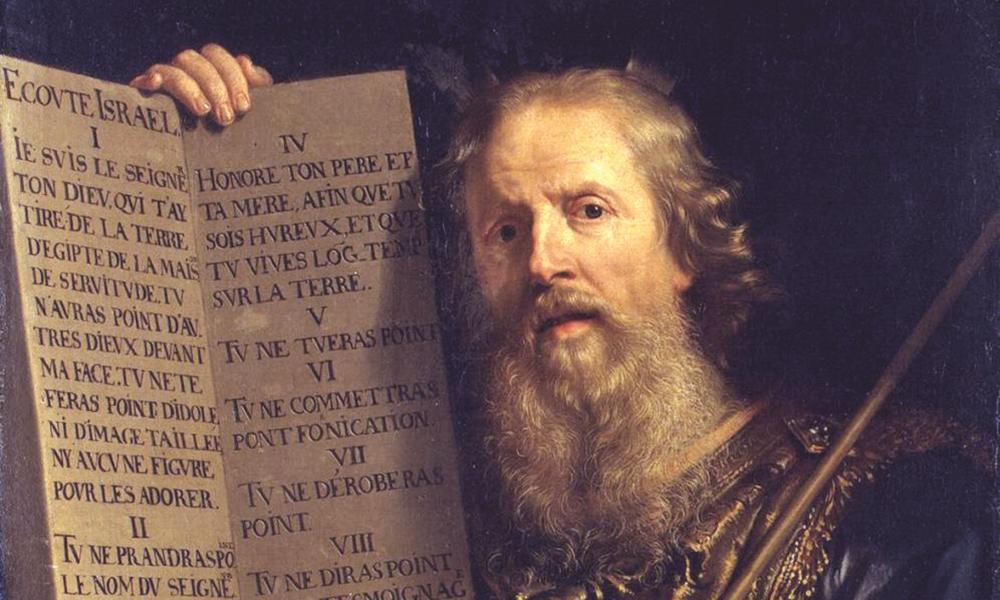 The First Commandment I am the Lord your God

I have set before you life and death, the blessing and the curse. Choose life, then, that you and your descendants may live, by loving the Lord, your God, heeding his voice, and holding fast to him.” (Dt 30:19-20)

The rhythm of the spiritual life can be summarized as follows: we first receive, and then we respond. The “10 words,” or the Decalogue, are no exception. The “I gift of the Ten Commandments “is the gift of God himself and his holy will.” Specifically, the “10 words” are the words of God that “point out the conditions of a life freed from the slavery of sin.” They show us a path of life that sums up and proclaims God’s law and “make explicit the response of love that man is called to give his God.”

THE FIRST GIFT: I am the Lord your God; you shall not have strange Gods before me.

The “first word” contains the first commandment of the Law: “You shall fear the Lord your God; you shall serve him ... You shall not go after other gods.” In other words, our first call and duty is to accept God and worship him.

However, who is this God we are to accept and worship? The answer to this question might well be considered the gift of this commandment. For, in the fuller versions of the commandment (Ex 20:2-17; Dt 5:6-21), God makes himself known “by recalling his all-powerful, loving and liberating action in the history” of Moses and Israel. He is the “one and true God” who is unchangeable, constant, faithful, just, without evil, almighty, merciful and infinitely beneficent.

It follows from this self-revelation of God that we should believe in him, hope in him and love him. In other words, this gift of the First Commandment invites us to pray for and receive the three theological virtues of faith, hope and charity. These theological virtues also are freely given gifts of God that adapt our faculties for participation in the divine nature. In other words, they dispose us “to live in relationship with the Divine Trinity.”

As God reveals his love for us, we have a duty to believe in him and bear witness to him. “The First Commandment requires us to nourish and protect our faith with prudence and vigilance, and to reject everything that is opposed to it.” We must then be wary of those things that threaten to undermine our belief in God, in all he has revealed and in all that the Church proposes for our belief. Voluntary or involuntary doubt, “neglect of revealed truth or willful refusal to assent to it,” heresy, apostasy and schism all classify as serious threats to our faith.

Likewise, acknowledging that we are incapable of responding fully to God’s revelation and call, we must hope that God will grant us “the capacity to love him in return and to act in conformity with the commandments of charity.” Despair and presumption represent the greatest challenges to our hope.

Finally, the First Commandment invites us to respond to God’s love by loving God “above everything and all creatures for him and because of him.” Consequently, we must guard against such enemies of charity as indifference, ingratitude, lukewarmness, acedia (or sloth) and, of course, a hatred of God that is born of our pride.

The way of life

The way of life the First Commandment makes explicit consists of adoration, prayer, sacrifice, and promises and vows. Each of these flows from the theological virtues which “inform and give life to the moral virtues.” In particular, it is charity that calls us to render the aforementioned to God.

Adoration acknowledges God as God, “as the Creator and Savior, the Lord and Master of everything that exists, as infinite and merciful Love.” It also acknowledges the “nothingness of the creature” who simply would not exist were it not for God. In other words, adoration is to praise and exalt God and to humble ourselves.

Prayer is the “indispensable condition for being able to obey God’s commandments” as it accomplishes the acts of faith, hope and charity. Sacrifice, when it is offered to God in adoration, gratitude, supplication and communion, can unite us to the one perfect sacrifice of Christ on the cross and, thereby, transform our very lives into a sacrifice to God.

Promises and vows to God similarly can become signs of our respect for God when we hold ourselves to them faithfully and lovingly. The evangelical counsels of poverty, chastity and obedience are of particular value as a response to God’s great gift of himself.

The way of death

In addition to the challenges to faith, hope and charity mentioned earlier, our path to responding rightly to the First Commandment is fraught with danger as it regards serving other “gods.” Superstition, idolatry, divination (this includes consulting horoscopes and astrology) and magic all represent actions that violate our duty to honor and respect the one, true God revealed in this first gift.

Sins of irreligion can also take us off the path of life. These include tempting God (putting his goodness and power to the test by word or deed), sacrilege (profaning or treating the sacraments, liturgical actions and persons, things or places consecrated to God unworthily) and simony (buying or selling spiritual things).

Atheism and agnosticism conclude our list. Atheism, whether practical or militant, is “one of the most serious problems of our time.” It denies the existence of God and falsely considers humanity to be “an end to himself, and the sole maker, with supreme control, of his own history.” While agnosticism does not necessarily deny the existence of God, it claims we can know nothing of God for God is incapable of revealing himself. In other words, it outright contradicts the veracity of the self-revelation of God in the First Commandment. Consequently, agnosticism can easily lead to indifference and, finally, practical atheism. – Quotes are from the Catechism (1812-1814 and 2056- 2128).

Mount Sinai – Mount Sinai, also known as Mount Horeb, is a mountain in the Sinai Peninsula of Egypt. It is actually rather unremarkable as mountains go. It is surrounded by higher peaks on all sides, has an uninspiring peak and doesn’t even offer a mysterious shroud of clouds surrounding its top. And yet, it is one of the most famous mountains in history because most identify the location as the place where Moses was given the Ten Commandments.

There are buildings on the summit of Mt. Sinai: a mosque that is still in use and a Greek Orthodox chapel that is not open to the public. The chapel encloses the rock that is considered to be the source of the two stones upon which the Ten Commandments were inscribed. The summit also is home to “Moses’ cave,” where Moses is said to have waited to receive the commandments.