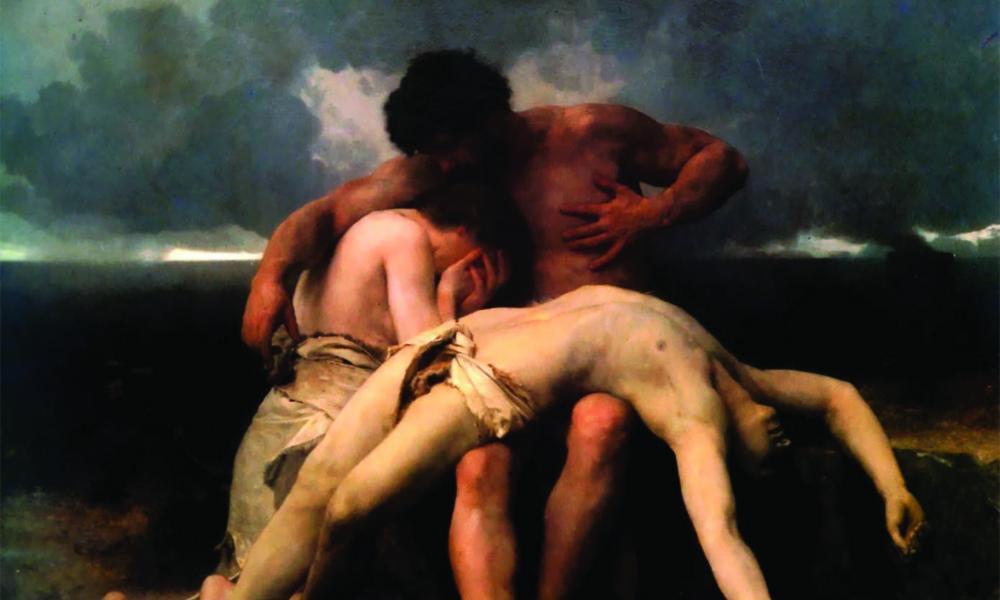 The Fifth Commandment: You Shall Not Kill

The fifth gift: You shall not kill

Consequently, the Catechism, quoting the Congregation for the Doctrine of the Faith instruction Donum vitae, teaches us that because “God alone is the Lord of life from its beginning until its end: no one can under any circumstances claim for himself the right directly to destroy an innocent human being.” This prohibition is always and everywhere obligatory.

The Fifth Commandment prohibition against killing clearly forbids direct and intentional killing. Murder is always gravely sinful, regardless of the form it takes. In a similar way, indirectly bringing about a person’s death, when done intentionally, is also a clear violation of the commandment.

Of course, abortion is a particularly grave offense because it involves the direct and intentional killing of the most innocent of human persons. Direct abortion, willed either as a means or as an end, is gravely contrary to moral law. It is such a serious violation of the prohibition against the direct destruction of an innocent human being that the Church attaches the penalty of excommunication to the person “who procures a completed abortion ... latae sententiae (by the very commission of the offense).” In many dioceses, the bishop has delegated to his priests the power to commute this excommunication in the confessional.

Additionally, since we are not the owners of our life, the direct taking of our own life through suicide constitutes a violation of this commandment. It represents a usurpation of God’s right. It is an act contrary to “the just love of self.” It is an offense against the love of neighbor because it unjustly breaks one’s relationship with family and society. However, it is important to note that the Church continues to pray for those who have taken their own lives and encourages us not to despair of their eternal salvation, but rather to trust in God’s mercy.

Since the sacredness of the human person is inviolable, the Church affirms the legitimate defense of persons and society even when it means having to “deal (the) aggressor a lethal blow.” In fact, the Catechism states, “Legitimate defense can be not only a right but a grave duty for someone responsible for another’s life, the common good of the family or of the state.” However, even legitimate defense is not an exception to the prohibition “against the murder of the innocent that constitutes intentional killing.”

Because the Fifth Commandment reveals that the human person must be defended, cared for and healed from the moment of conception, prenatal diagnosis is morally licit to the extent it pursues these ends. However, when prenatal diagnosis is done with the thought of possibly inducing an abortion, it is gravely immoral. Of course, the production of human embryos for exploitation, in any number of ways, also is immoral.

Finally, discontinuing medical procedures that are “burdensome, dangerous, extraordinary or disproportionate to the expected outcome can be legitimate.” Rather than constituting an act of euthanasia, such a decision does not actively cause death, but only accepts its inevitability. Of course, people who find themselves in this situation should consult their priest and/or a moral theologian.

The Church is insistent in her urging for us to do all we can to avoid war. However, she recognizes that there are times when the need for self-defense in the face of an aggressor is unavoidable. The strict conditions for a “just war” are listed in the Catechism (2309):

Rameses is described in Exodus 12:37 and Numbers 33:5 as a place the Israelites traveled to during their great exodus from Egypt. It also seems to have been one of the settlements built by the Hebrews for Pharaoh during their captivity. While scholars still debate the exact location of Rameses, a strong case can be made for the seacoast site of Zoan, an Egyptian city in the eastern Nile delta. An ancient Egyptian letter contains a description for the “city of Rameses-Miamun” that agrees with the account of the land given by Joseph to his family in Genesis 47:11.

Apparently, it was a very prosperous palace city with a busy harbor, and is characterized as having “canals full of fish, lakes swarming with birds, fields of lentils, melons, wheat, onion and sesame, gardens of vines, almonds and figs.”

“Rameses” means “Ra created it” with “Ra” being the ancient name for the sun.