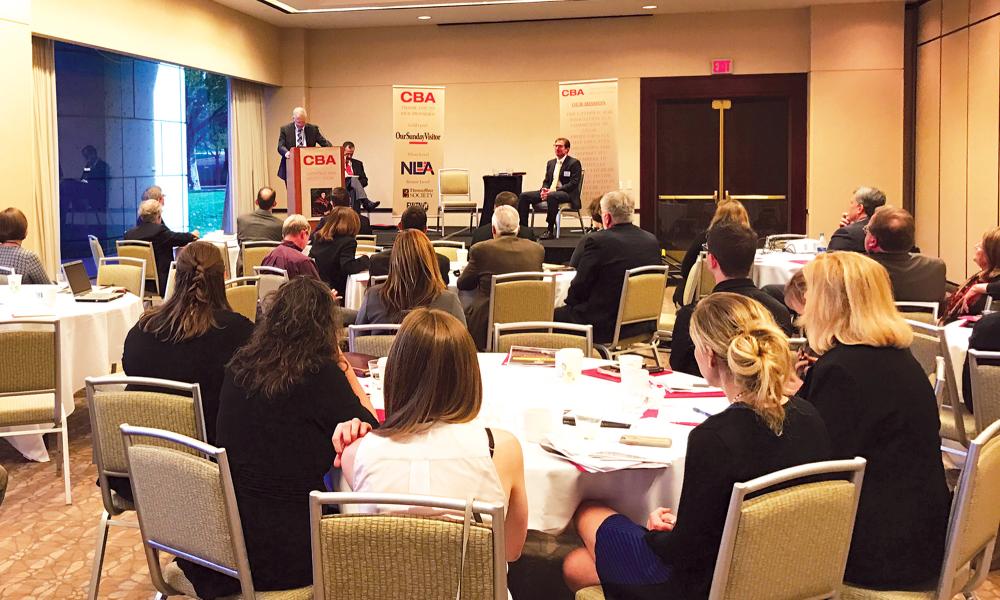 For many Catholic attorneys, they find it difficult to balance their work in law with their Catholic faith. Particularly in light of issues such as abortion and same-sex “marriage,” Catholic lawyers need support to be able to live out their faith in their professional lives. Formed in July 2015, the Catholic Bar Association (CBA) plans to offer that support in the form of an umbrella organization. The goal of the CBA is to provide the more than 60 Catholic lawyers’ guilds across the U.S. and the world with a connection to each other, as well as to their faith in the context of their practices.

The idea to pull Catholic lawyers together under one umbrella was shared by several individuals who have worked hard over the last few years to make the CBA a reality. Joshua McCaig, one of the founding members, would like the CBA to be a network where Catholic lawyers are supported as they grow in their relationship with Christ. Founded on the 480th anniversary of the martyrdom of St. Thomas More, the CBA won’t replace the local guilds, but will sponsor nationwide events and continuing legal education from a Catholic perspective, and encourage more local chapters.

In an address by Pope Francis to the delegates of the International Association of Penal Law in October 2015, the pope said: “It is a difficult task, in times when many judges and employees in the criminal justice system must perform their work under the pressure of the mass media, of certain unscrupulous politicians and of the vengeful trend that permeates society.”

Attorney Ellen Dorn, a member of the interim board of the CBA, believes that, now more than ever, Catholic lawyers need to band together in a place that allows them to practice the principles of their faith, while serving the public: “The Constitution protects our religious liberties, but history teaches us that it’s necessary to maintain that freedom. When we become complacent, that’s where conflicts come in.” Ellen says the current trend toward turning away from religion has hurt the profession, adding, “Currently it’s not trendy to have a religious faith, so it’s easy to trample on it.”

On Oct. 27-30, the first Catholic Bar Association General Assembly was held in Kansas City, Mo. The roster of speakers included Archbishop Joseph Naumann of Kansas City; Kansas Gov. Sam Brownback, who gave the keynote; and representatives from EWTN, the USCCB and the Catholic Medical Association. A Red Mass was held at Our Lady of Sorrows Church in Kansas City.

Former Michigan District Court Judge Thomas Brennan, a member of St. Thomas Aquinas Parish in East Lansing and member of the interim Board of Directors for the CBA, says: “My hope is that [the CBA] is going to flourish over time, and that it will manage to garner the identification and membership of Catholic lawyers throughout the country. Our ambitious outlook is that, as it grows, it will have a synergistic effect on the growth of local guilds.”

Joshua McCaig adds: “I look forward to seeing the fruits of this effort well into the future.”