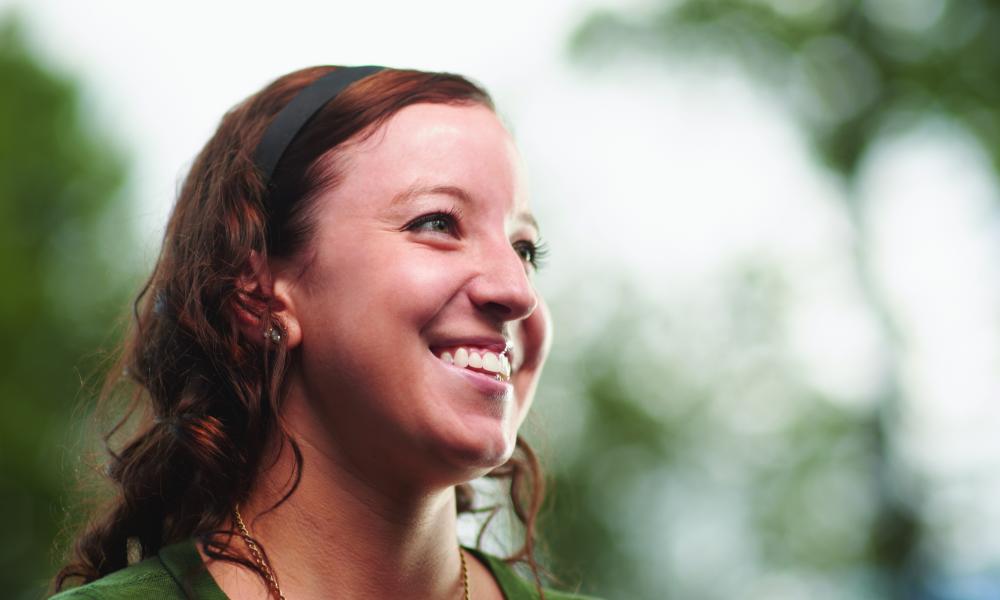 I am an 18-year-old senior at Lansing Catholic High School and, until recently, never gave much consideration to how I made the world I live in a better place. I am absolutely nothing like those people evidently making the world the better place in everything that they do. However, even the little things matter.

One morning, I got up and ate breakfast just like every other morning, but this morning was different because I was eating with my dad. He normally gets up earlier than I do, and with our different morning dietary schedules, we never get the time to eat together. After we finished and I had brushed my teeth, I grabbed my backpack, kissed my dad on the cheek and went to walk out the door. However, he stopped me by grabbing me by the arm, looking me in the eye and saying, “Be a light to someone today.” I assume I gave him a weird look like I always do when he says something quizzical, but I nodded my head and walked out the door anyway. I went through my school day and didn’t give much, if any, thought to those six words my dad spoke to me before I left. That night, when my dad got home and as I was getting ready to go to bed, he looked at me and asked, “Who were you a light to today?” He must have realized that I didn’t know what that meant because then he said, “What did you do to make someone else’s day better?” I must have replied that I didn’t know, because I remember him telling me that he would ask me again tomorrow night. The next morning when I woke up, there was a note waiting for me on the kitchen counter, written in my dad’s distinct handwriting, with the words “Be a light.” I put it in my planner and later that day found it, after I had long forgotten the words my dad had spoken to me. Seeing it reminded me to do my best to be a light.

It doesn’t have to be anything extraordinary or extravagant to make someone’s day. It can be as simple as smiling to someone in the hallway or going out of your way to help someone out. To this day, when I get home, my dad will usually ask me the same question he did at the beginning of the year, and these days I actually have an answer for him. He asks me who I was a light to and I ask him the same question. My dad never ceases to amaze me in the things he does for other people. Whether it’s visiting a sick child in the hospital, calling or emailing back one of his “biggest fans,” or even holding the door open for a random person, he never goes through a day without trying to make someone else’s day better.

I specifically remember one example that has always stuck with me. It was during a football practice I attended. I could tell by his body language that my dad was exhausted and would like nothing more than to go home to his family. But there were lots of people at the practice, specifically a girl named Paige who has cancer. I watched from afar as my dad spent what seemed like forever with this little girl, showing her around and introducing her to people. An hour later, when he finally came over to me, I asked him what took so long. I remember him telling me to never pass up the chance to make someone else’s day over your own.

To me, there is no better feeling than being told that you have made someone’s day. Smiling is contagious and making one person smile can inspire them to make another person smile. You never know the impact your smile, words or actions can have on someone else. Life is about the simple things – and it’s through the simple and little things that the world changes. I don’t do anything super amazing to change the world; I just try to be a light to anyone who needs it.

Every year, FAITH awards a $1,000 scholarship to a high-school senior in our diocese, based on an essay on a topic related to life in the Church. Our goal is to promote insightful thought and excellent writing, and to encourage careers in Catholic journalism. There are many ways to spread the Good News of Jesus Christ, and good writing is one of them. We hope you enjoy this year’s essay by Lauren Dantonio of Lansing Catholic High School.