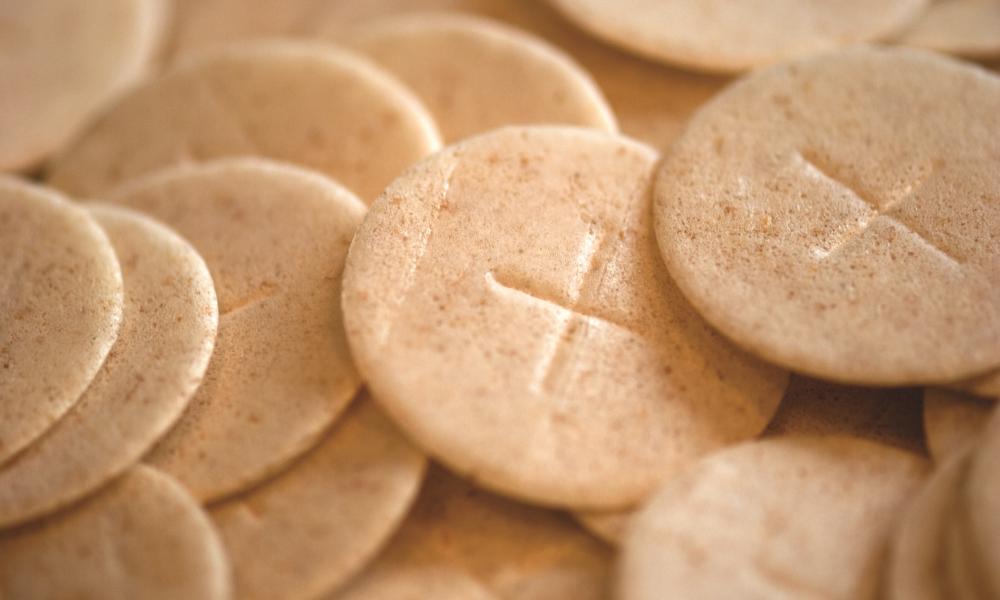 Eucharist – the source of forgiveness, healing and grace

Recently, someone asked me why she should remain a Catholic given the sin and corruption present in clergy and other leaders in our Church. My answer was quite simply, “Because of the Eucharist.” In John’s Gospel, Chapter 6, after Jesus had explained how his very flesh and blood are to be our food, and after many of his disciples had walked away from him because of this, he asked those who remained, “Do you also want to leave?” Peter responded: “Master, to whom shall we go? You have the words of eternal life.”

If I were God, I would not have entrusted this sacred task of the Eucharist (or of the forgiveness of sins, for that matter) to a bunch of weak sinners. It should have been angels! However, God placed this ministry in these earthen vessels, presumably to indicate that they were not the source of such wonderful gifts but that Jesus was. His body and blood come to us through sinners, but they are divine treasures from the Lord Jesus himself. Where we might come up with a different, “better” way, this is the way he chose to remain with us until the end of time.

Now this is never an excuse for tolerance of immorality among the clergy. Quite the contrary! Standing in the place of Jesus places a greater burden to live out his chaste life, his simple life, his obedient life in the presence of God’s people. I am a sinner. I regularly go to confession. I repent. But mostly, I really do want to get to heaven, to be a saint. My efforts are always quite feeble, but I pray daily for God’s grace to make me what he has called me to be.

We priests are not obliged to celebrate Mass every day. However, I do so celebrate it and I need to continue this practice since that daily Eucharist is the only source of forgiveness, healing and grace that will ever move me slowly toward the prize of becoming like Jesus Christ. Since there is no other name by which we are saved, without that grace won by Christ, we would all be aiming for hell.

Thus, it is all the more remarkable that Jesus gave us his body and blood in the course both of a meal and a sacrifice on the cross. This act of love for us who don’t deserve it and that Jesus calls us his friends are tremendous consolations in this world. I cannot live without them and thus cannot walk away. And, frankly, I am drawn to the one who has chosen to love us so much. I want to be one with Jesus. That is more than enough reason for me to remain a Catholic and become a better one.