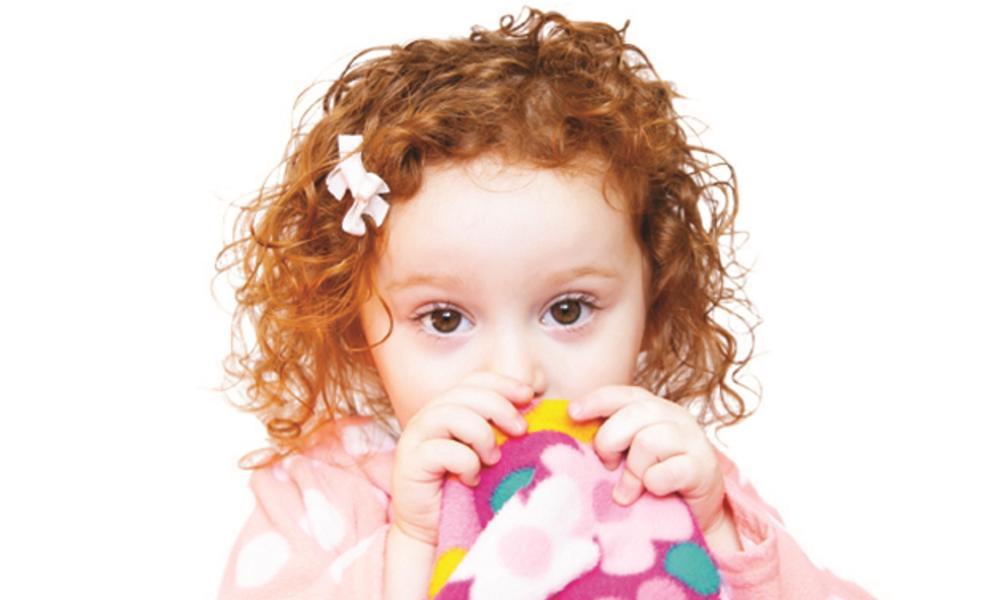 Does my 4-year-old have to give up her security blanket?

Q: My husband thinks our daughter is too old for her security “blankie” and wants to throw it out. Is 4 really too old? And how should we handle this?

A: Although there were several blue blankets in our home, there was only one “blue blankie” as far as our daughter, Erin, was concerned. The comfort and warmth it provided went beyond the physical into a realm of psychological comfort.

Psychologists have studied the importance of transitional objects, such as blankets or stuffed animals, for more than 60 years. After these objects are no longer used to offer security, they may remain cherished belongings.

Stress reduction. Many children use their transitional objects in ways that help soothe and reduce stress. In times of change in a child’s life or an unfamiliar situation associated with discomfort, a transitional object helps to regulate emotions.

The social context. When we think of security blankets, many of us recall Linus, one of the Peanuts characters. Charlie Brown and other characters often told Linus that it was time to get rid of the blanket. Although Linus persisted in his attachment, it is likely that your daughter will begin to need her blanket less frequently as time goes on. The culture of childhood is powerful and children socialize one another. Few 4-year-olds would comment on her “blankie,” but the social context will encourage change as she gets into kindergarten and first grade.

Parental concerns. Talk to your husband about his concerns regarding your daughter’s attachment to her blanket. Since she is 4 years old, the blanket probably has become worn and frayed. Is the physical appearance of the blanket embarrassing to him? Does he think her behavior indicates an undesirable dependency that reflects on his parenting skills? If the public display of the “blankie” is of deep concern to him, try to associate it with special times in the house, such as bedtime prayers and stories. As a couple, decide on alternate ways to encourage your daughter’s ability to soothe herself and regulate emotions.

Discourage your husband from throwing away the security blanket. Healthy children have attachments to transitional objects and the need for them fades over time. Just as your daughter enfolds herself in her “blankie,” enfold her in love in your prayers: “And over all these put on love, that is, the bond of perfection.” (Col. 3:14)