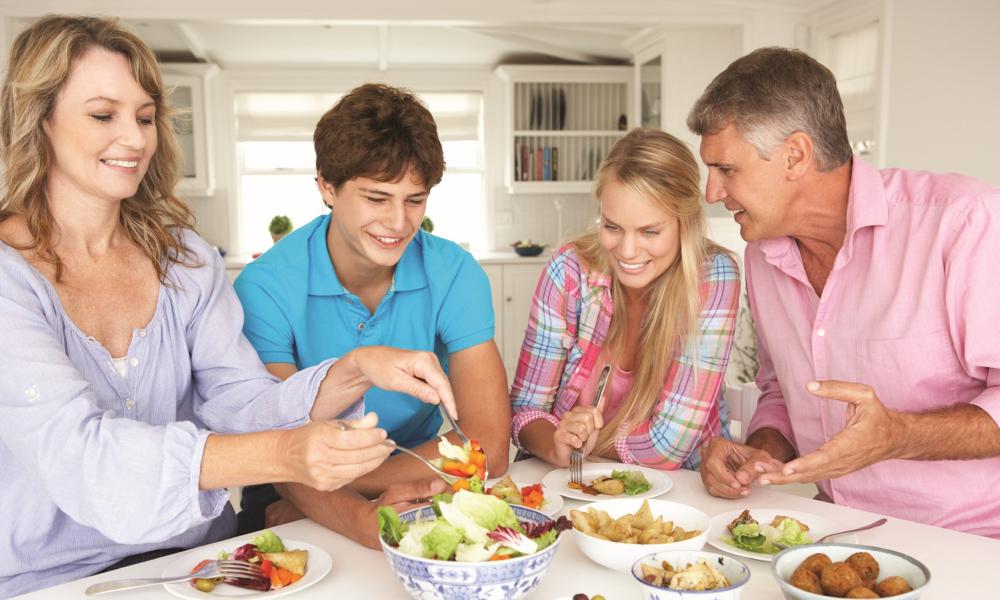 Do I have to change my cooking to vegetarian because my kids are vegetarian?

Q. Our kids have decided to become vegetarians, which we think is ridiculous. Should I try to force them to eat what we serve?

A. When two of my daughters became vegetarians, I began to search for recipes that would provide adequate nutrition. On the first day of a vegetarian cooking class, the instructor asked each participant to describe her favorite entree. When I revealed my preference for peppercorn steak, there was an immediate negative reaction. In retrospect, I should have declared my passion for eggplant parmesan. Family meals provide more than nourishment for our bodies; eating is a social activity that binds us together. This change in your children’s eating behaviors has thrown the family dynamic off kilter.

Why the change? What led to this decision? Is it based on moral grounds? Some Catholics advocate vegetarian diets based on our catechism: “Animals are God’s creatures. He surrounds them with his providential care. By their mere existence they bless him and give him glory. Thus men owe them kindness. We should recall the gentleness with which saints like St. Francis of Assisi or St. Philip Neri treated animals.” (CCC 2416) If a person’s medical condition doesn’t preclude it, eating a plant-based diet may be seen as a kinder approach to the animals of God’s creation. Other individuals make this dietary change for health reasons. In its presentation on Benjamin Franklin, PBS noted that he became a vegetarian for health and economic reasons; this lifestyle change allowed him to buy more books since meat was so expensive!

Not so ridiculous as you might think. Adding more variety to your own diets might be a wise health habit. Animal proteins tend to be high in saturated fats. Ask your kids to find some quinoa recipes and give them a try. One or two days a week, the entire family can explore new vegetarian recipes that are nutritionally sound. On the other days, the kids shouldn’t expect to have their own personal chefs. Instead, they need to invest their own time into meal preparation since they will forgo the meat dish. Some meals can be made to serve both purposes. For example, pasta can be served with a choice of meat or meatless sauces. Salads can be prepared in salad-bar fashion, with bacon added separately.

Maintain a flexible attitude. Keep the focus on developing good eating habits based on sound nutritional choices. Some individuals lean toward vegetarian diets, but occasionally eat fish or meat. Don’t tease your children about falling off the wagon. Ben Franklin fluctuated in his dietary habits over time, too. When your family says grace before each meal, pray that your time together may be a celebration of joy.