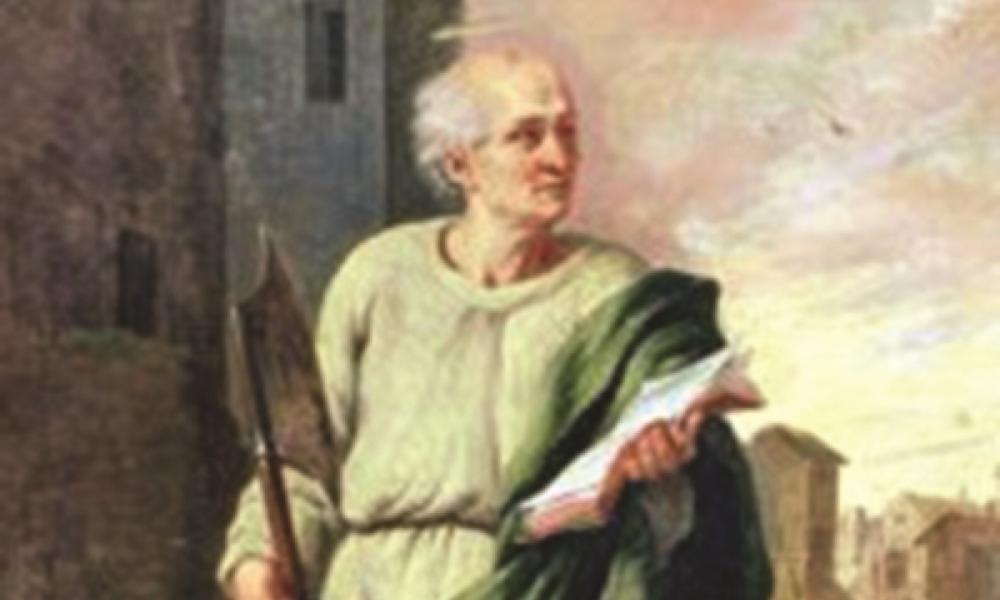 Do Drinking and Woodworking Mix?

Patron saint of alcoholism and carpenters

Meaning of name: Gift of the Lord

Claim to fame: After Judas Iscariot betrayed Jesus, the Apostles felt they needed to replace him. They chose two men, one of them Matthias, and cast lots to see who God would choose. Matthias won, and became one of the Twelve. He had been a follower of Jesus from the time of Jesus’ baptism. Beyond this, not much is known about Matthias, although he is briefly mentioned in Scriptures as going to Ethiopia to spread the Gospel to barbarians and cannibals. Many stories about Matthias exist, although none of them are authenticated. His life is often confused with the lives of other disciples, including Matthias, bishop of Jerusalem, and Matthew, the Gospel writer.

Why he is a saint: Matthias stayed loyal to Jesus, even while others abandoned him at the end of his life. Unlike many, he was not scared off when Jesus told his disciples to eat his body as the Eucharist. The Apostles saw this, and chose him as a candidate to replace Judas because they felt his heart was strong enough to witness to the resurrection and face the persecution that would come.

Best quote: Matthias often preached about how the body could lead to sin. A quote attributed him is, “We must combat our flesh, set no value upon it, and concede to it nothing that can flatter it, but rather increase the growth of our soul by faith and knowledge.”

How he died: There are two variations of the story about Matthias’ death. One legend says he was crucified in Ethiopia. Another says Matthias was stoned to death in Judea, and that St. Helena brought his relics to Rome. Neither story is known to be true, although the second is more widely accepted.