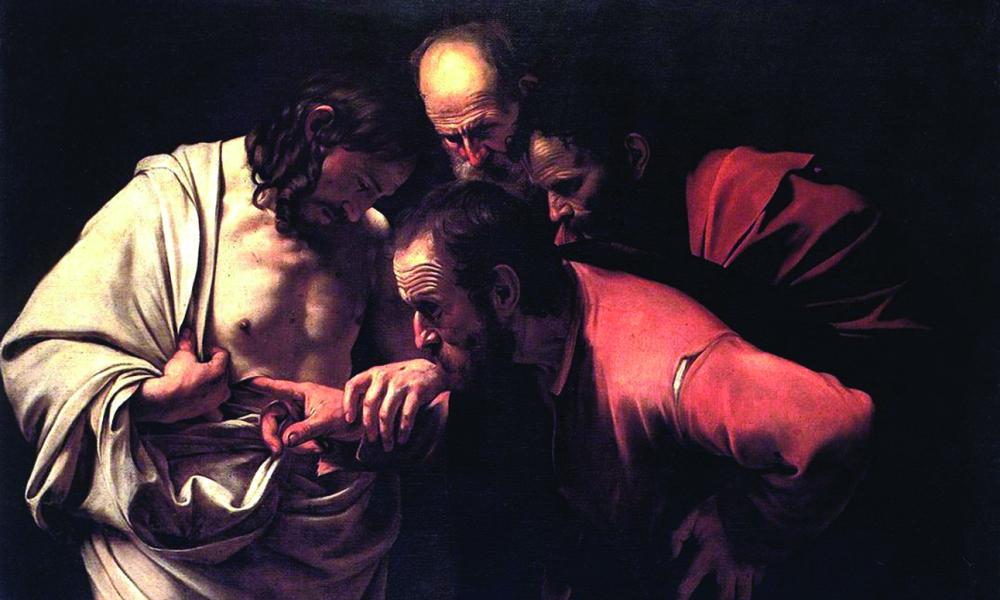 Did Jesus just appear human? Could he really have sinned?

FAITH is exploring Christology – the study of Jesus Christ. We asked several eminent seminary professors some questions about Jesus. Their answers are enlightening and thought-provoking.

Q. FAITH: Was Jesus really human or did he just appear that way?

Father Muller: Jesus was fully human. One of the most important things in the early church was the testimony of the bodily resurrection of Christ. That is crucial in terms of grounding Christ’s humanity, which was not something illusory – it could not be taken up and put aside. Rather, it was a permanent part of Christ’s reality.

Father Stevens: It is basic to our faith that Jesus didn’t simply appear to be human. Time and again, there were affirmations of his genuine humanity. Even the Gospel of John, which is so often concerned with Jesus’ divinity, points out that Jesus is fully human. For example, Jesus weeps. Even after the resurrection, he eats. The only way to save us was to assume our humanity fully – that which is not assumed cannot be saved. So, if part of the human experience falls outside the life of Jesus’ experience, it would not be saved.

Father Acklin: Was Jesus really human or did he just appear as a human? It’s one of the oldest heresies. If he only appeared as a human, then he only appeared to redeem us. As St. Irenaeus said, everything he assumed of our humanity is redeemed. There is sometimes a tendency to exempt Jesus from having to suffer or die; or from having a human body or sexuality. If that is the case, then our bodies are not redeemed. So, the full humanity of Jesus has been taught from the earliest moment of church history.

Father Acklin: Jesus could be tempted, in every way that we are tempted. However, Jesus was not only perfect in his divine nature, he was perfect in his human nature. He was human in a way that was not corrupted by sin. Adam and Eve fell, but Jesus and Mary did not. The third Council of Constantinople held that Jesus had human free will as well as divine will – so he could have fallen, but didn’t. His human free will was so perfectly aligned with his divine will that it would have been impossible for him to sin.

Father Muller: Could he have physically performed actions that were “sinful actions.” Yes, he was capable of that, but the question you have to ask is: Was his grace such that sin was possible? And a related question is about us – when we are in heaven, will we be able to sin? The answer is that sin will no longer be possible because we will be faced with the full glory of God and won’t want anything else. We will be free, but will freely choose to love God. That is the intrinsic necessity on which Christ’s sinlessness is based. As the eternal Son, he is utterly happy and his human soul, in union with that utter happiness, would not want to sin.

Father Stevens: Could Jesus have sinned? If he lacked the capacity to sin, then he wasn’t really human. And yet, he was not capable of sinning. Author Gerald O’Collins discusses this in his book, Christology: A Biblical, Historical, and Systematic Study of Jesus Christ. Sin is not actually part of our natural humanity; it is what diminishes our humanity. We were not created to sin – that does not contribute to the fullness of who we are as human beings. Jesus, free of sin, is perfectly human.

Irenaeus was the bishop of Lugdunum in Gaul (Lyons, France). He is believed to be Greek and was a disciple of Polycarp.

Irenaeus’ theology was centrally concerned with the unity of God, as opposed to the Gnostic divisions of God’s nature.

Irenaeus taught that God created the world, has a plan for it and that humanity must mature into its fullness as images of God.

He articulated Jesus as the Logos, or Word, and believed that salvation history reached its highest point with Christ. Irenaeus is credited with being the first to list the Gospels of Matthew, Mark, Luke and John as divinely inspired, and he is known for his work, Against Heresies.

What is  heresy? The willful and persistent rejection of any article of faith by a baptized Catholic.

Did Jesus really have a body? Or was he pure spirit who only appeared in human form? An early heresy of the church, Docetism, proposed the latter. The name comes from the Greek, dokeo, “to seem” and the heresy comes from a worldview of matter as being inherently evil. If physicality is evil, then God, being all-good, could not associate with it. Therefore, Jesus only appeared to be human, but was not.

Docetism was condemned as a heresy by the Council of Chalcedon in 451, after vigorous arguments and discussions over the previous four centuries. Ignatius of Antioch, Irenaeus and Hippolatus all wrote treatises against it.

What does this symbol mean?

The Chi Rho is an early Christian symbol – formed by combining the first two Greek letters of the word Christ. Its first famous use was on the labarum, or imperial standard, adopted by Emperor Constantine after his vision.